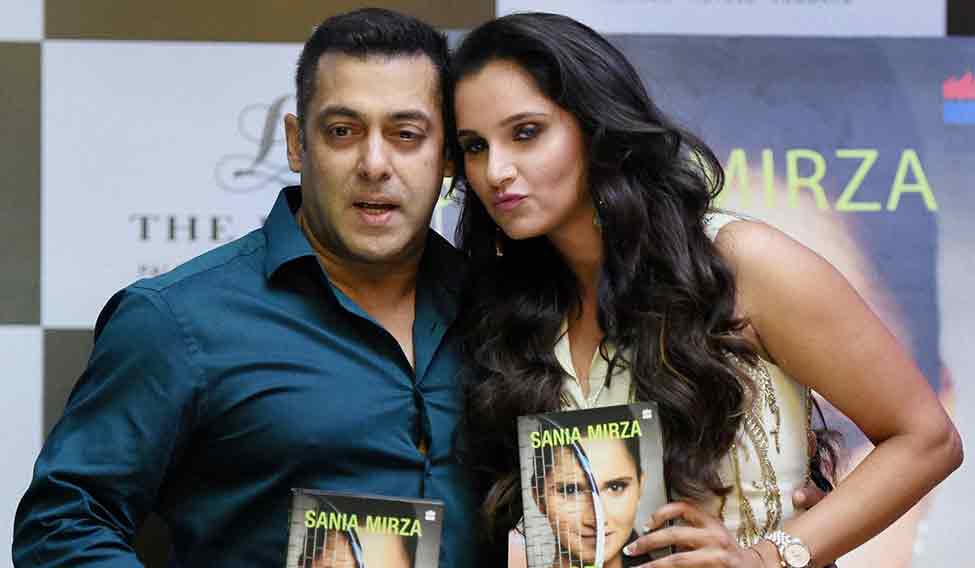 With the Sultan: Salman Khan at the book release | PTI

The life of a professional tennis player is unique. And, because I pioneered women's tennis in India, I had to face a few more challenges than my international peers had to. I have always enjoyed writing. And, almost a decade ago, I decided that after having achieved a fair amount in tennis I would pen my memoirs. My recently released autobiography, Ace Against Odds, is the culmination of that desire.

It takes a lot of hard work to translate raw talent in a budding youngster into a self-supporting professional tennis player. As an upcoming tennis player, I had no one to look up to for guidance, and had to find my way around. This was extremely difficult, and I was fortunate that I made the right choices at crucial stages of my long career. I am sure there were several talented youngsters who ended up making the wrong decisions and paid a price.

There is so much that I have learnt, and I wanted Ace Against Odds to be a guideline for future tennis players and their parents. Hopefully, the book would make it easier for them to succeed in a very competitive sport that involves a lot more than just hitting forehands and backhands.

For various reasons, I have had to bear the burden of being entangled in several controversies while I was still very young. Whenever I explained my viewpoint to the media, it was always the journalist's own interpretation of the controversy that was highlighted. This was frustrating and unfair. I have always wanted to clarify these experiences, and the book presents my unadulterated point of view.

While becoming No 1 in women's doubles is one of the more well-known facets of my career, there were several other achievements and minor battles that were critical in my development. I have tried to document some of these lesser-known victories, and also what happened behind the scenes during the course of my Grand Slam and other important wins.

Tennis is a truly global sport, and it is a difficult task to nurture a top-100 level player. There is a reason why we, as a country, have been unable to produce a regular string of tennis champions. My hope is that Ace Against Odds will inspire the next generation of Grand Slam champions to keep the Indian flag flying high.