Any serious observer of terror attacks on Indian soil over the past 25 years can see the Pakistani deep state’s role in planning, training, arming and guiding the terrorists, as evidenced in the latest attack in Pathankot. Of course, this is rarely admitted, with the exception of a statement made in 2004 by the former director general of the Inter-Services Intelligence, Lieutenant General Javed Ashraf Qazi. He admitted to Pakistan’s National Assembly that the Jaish-e-Mohammed had been responsible for the attack on the Indian Parliament and for killing thousands of Kashmiris. There have also been a few casual statements by General Pervez Musharraf about the control that Pakistan’s army brass has on all the terror groups that it has cultivated over the years as proxies against India.

Therefore, the announcement that Prime Minister Nawaz Sharif and his top cabinet ministers have decided to collectively act with the Pakistani army chief and his brass hats in the immediate aftermath of the attacks on the Pathankot airbase is rather unusual. However, it will take time to establish to what extent the attacks were the handiwork of the Pakistan army's hawks. But, as the markings on the ammunition and medicine packs and the military footprint of the terrorists clearly show, the attackers certainly came from across the border.

The incident has also shown that despite so many years of battling terror and declaring we are prepared to handle something like the 26/11 attacks on an Indian city, the Indian response has raised more questions than it has answered. Though Indian officials are in a self-congratulatory mood, claiming that they have successfully averted any damage to vital military equipment and aircraft on the airbase and prevented a hostage situation and loss of innocent lives, the jury is still out on whether the operation was successful or not. What is, however, clear is that Delhi is still bumbling along in its response to Pakistan's strategic goal of keeping India on the back foot by threatening to use nuclear weapons if India were to conduct strikes on terror groups and camps within Pakistan. However, there are options that go beyond knee-jerk reactions on whether or not to hold talks with Pakistan, if the policy makers are willing to think out of the box. 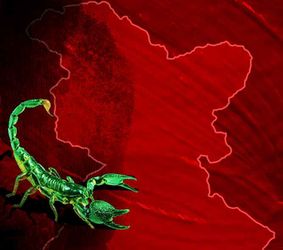 Moreover, Punjab is now more likely to be targeted by Pakistan-based terror groups as the security grid in Jammu and Kashmir has become tight and effective and, of late, the best efforts of Pakistan to unsettle the state have met with little success. Punjab, on the other hand, has a thriving narco-terrorism cottage industry and most of its villages along the Indo-Pak border are used by smugglers who double as couriers for terrorists. Also, the Punjab Police have gone to seed under the current government and has neither the efficiency nor the capability it had in the 1990s to battle terrorism. Pakistan is aware of this weakness and has been keen for some years to create an uprising by sending back into Punjab the Khalistani separatists that it has harboured. An unsettled Punjab would divert India's energies away from Jammu and Kashmir, and that would suit Pakistan's agenda.

Since Pakistan cannot dismantle its terror machinery overnight and will not be willing to do so until it has absorbed the Kashmir Valley, India must become strong and efficient to withstand Pakistani mischief and create a comprehensive response mechanism to deal with cross-border terror attacks, as these will continue, talks or no talks. The big question is whether our self-serving politicians will be able to work together for the national interest or will continue to obstruct the efforts of the current government, fearing that its achievements could overshadow the limitations of earlier governments.