I’ve used this space to express opinions, evoke concern for dying foods and traditions, and occasionally taken a potshot at the somewhat self-proclaimed and often disparaging food experts too. I also tried to address the issue of rising gluten intolerances, and tell the readers that bonafide solutions were available; and needn’t be expensive or hipster to make at home.

So it’s only fair for me to give a little to the readers who have been following this column and have sent through messages and tweets constructive feedback and encouragement. Nothing compares in that case to the perfect brownie.

The brownie, no doubt, is an American invention, a glorious play between a cookie and a cake, with more iterations in the market than probably any other dessert. Its gooey goodness, preferably with chunks of chocolate in it, is what makes the confections utterly irresistible. However, poor execution—stinting on quality ingredients, using filers and the ubiquitous walnut topping—is probably what has led to people considering that it’s more hype than substance.

Unfortunately that seems to be the case with so many pastries in India. Cheesecakes have become waxy masses of hung curd with gelatine and some overly sweet jelly on top; a far cry from the dense and decadent cream cheese-based baked versions from the US. Italy’s pride, tiramisu, has met with a similar fate and is often made with things and recipes that would make the original want to end its life. Whilst I’ve always maintained that authenticity can be overrated and experimentation is a great way ahead, it really shouldn’t come at the cost of butchering the established. And that’s what happened to the brownie. It can be found at the local Iyengar bakeries, plenty of eggless versions, dense as a brick and dry as one too. Yet it has a following second to no western entrant.

Brownie cheesecake, brownie sundae, brownie ice-cream, brownie sandwich, and brownie milkshake—they can have sprinkles, be made with white chocolate, dried fruits and even oats—it’s everywhere, and in every form. Theobroma in Mumbai has earned itself a reputation for being the brownie king, or queen, given its run by the lovely Kainaz whose pastry skills merit far more attention than brownies alone. It has a cult following and many new stores on the way. Their arrays are mind-boggling, and I, especially, love the double chocolate variant of the brownie they make which is closest I would use the word porn alongside food. It’s that good. You should make a really good brownie at home, too. Eat it as it is, or with a scoop of good vanilla ice-cream—it’ll forever stay a crowd pleaser. Thank me later. 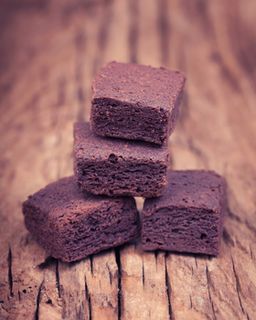 Measurements are rather important and precise; and that is necessary:

Grease a 9” square cake tin with melted butter and lightly dust with flour. Let it cool in the fridge so the butter sets.

In a glass bowl, melt butter and chocolate and set aside. (Could be done in microwave for a minute.) Mix them together and allow them to come to room temperature. In a large bowl beat whole eggs, yolks, brown sugar, icing sugar and corn syrup. Once the mixture is pale and fluffy, add the melted butter and chocolate. Fold the dry ingredients into the mixture with a rubber spatula, or whisk, ensuring the mixture is homogenised. Pour into tin and bake for 30-40 minutes (till the sides are set and the centre is slightly wobbly, which means that you’ll have a nice gooey centre). Remove from oven and let it cool for a few hours before tapping it out of the tin and demolishing it.

Chandra is the chef partner of Monkey Bar, The Fatty Bao and Toast & Tonic. He is also the executive chef of Olive Beach.