Gorge and yet be lean 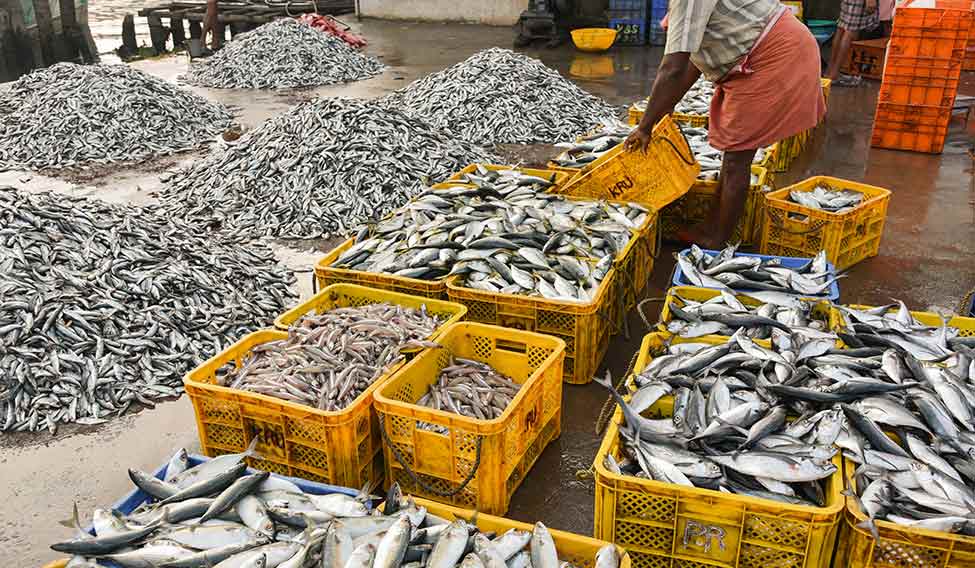 Catch of the day: Go for the local fresh fish, says Chandra, instead of imported, frozen salmon.

At a cooking demonstration I recently conducted for a group of educated and well-heeled ladies, I wasn’t surprised to find a number of women asking questions on health, as much as they did on the techniques being showcased. This isn’t uncommon for me, because I come across as lean to people, given especially that I am in the business of food. Most just assume that I have this magical diet, while many others think that I don’t eat at all.

Let me, for the first time, let you into a little secret: I eat what I want and pretty often! Bread, cheese, chocolates, butter, potato chips, butter chicken, bebinca, junk peanuts... the works. But I also eat eggs, vegetables, lentils and millets. I eat as much as makes me feel full, and don’t binge. I feel absolutely no compunction to reach out for a large bowl of sugar-laden muesli in the morning, topped with slightly redundant soy milk, because it is really not going to do much for me. A bowl of idlis and sambar do splendidly.

With so many theories on what is good and what’s not, people seem to be driven more by charts for what they want to eat, rather than eating well and fresh. While I can completely understand why the young washing boys or housekeeping boys from small villages who work at my restaurants polish off mountains of rice and don’t put on an ounce—because they walk or cycle to work and are active all day—what I fail to understand is why a white-collared worker, confined to a cubicle for the better part of the day, with a kathi roll or pizza for lunch, and dark rum and nearly 600g of biryani for dinner, wonders why the ounces are adding up. The solution for the latter is suddenly gyms and protein shakes, and powders in fancy packs whose ingredients baffle me.

The ladies at the demo felt that salmon (imported, farmed and frozen!) were way healthier than eating local fish! A marketing driven misnomer clearly, when incredibly good and fresh local mackerel could make the imported salmon look like an anaemic cousin in this regard.

With overdoses of potatoes and processed dairy, store-bought sauces laden with sugars, a penchant for spicy and melt-in-the-mouth meats that need copious amounts of salt to cut through the fat, it is little wonder that people are falling ill. The ‘healthy’ is sometimes more placebo than reality.

Making slight dietary and lifestyle changes would propel one to fabulously better shape and feeling little gastrointestinal trauma, saving many a buck at the nutrition store. Walking to the corner store may be a good idea, too (don’t hate me, online retailers). One new vegetable and grain, other than polished rice and processed wheat, into your diet on a weekly or monthly basis and local fresh fish are all it will take to kick-start real healthy eating. Just so you can reach out for that inviting bowl of tiramisu or ras malai on your next dinner out. It works!