A toast to wine 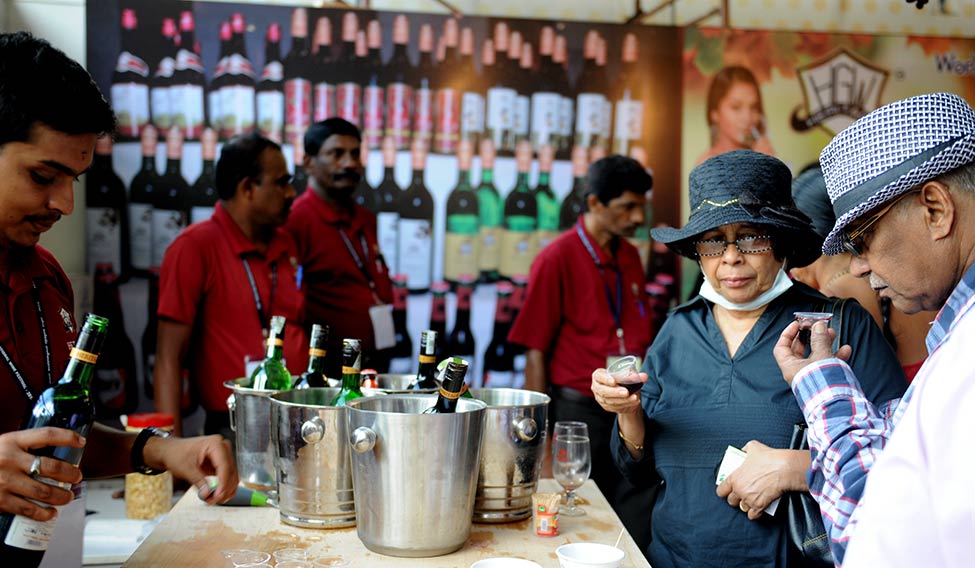 Wake up, and smell the wine: A wine festival in Bengaluru | Bhanu Prakash Chandra

That India has always been a largely brown spirits market (rum and whiskey) cannot be contested. Everyone loves their whiskey, and dark rum has a cult status that would take Armageddon itself to shake off. White spirits made a tiny splash in the market a few decades ago, and have now firmly entrenched themselves into the tippling habits of the last gen—this one is evident with one glance at any beverage menu. Cocktails, especially those crafted with vodka, white rum or gin, are now mainstream and enjoy tremendous popularity.

It is wine that has been slow on the uptake because we never really had access to it as it is a relatively new segment for the country. It has also not been promoted or pushed with the kind of money and clout that, for example, a spirits or a beer company can provide. However, the trend is fast changing. The last few years have seen a rather large push by domestic producers to up their game for the placement and appreciation of wine across most urban centres. The domestic volumes, too, have seen a steady rise across categories, driven in a large part by producers from Karnataka and Nashik, the two major hubs of wine production.

With the recent launch of Insignia, a premium wine from the house of Grover’s, one of the first and still most relevant players in the Indian wine industry despite a choppy few years in between, the push towards quality-driven wines from Indian wine houses has come a long way. This trend of a nuanced product, with a lot more emphasis on quality-driven vinification, careful selection of grapes, tie-ups with international wine makers, better labelling and bottling and a focus on terroir (an embodiment of the growing conditions in the end product) have suddenly become buzzwords. There are several others doing exactly the same with their signature labels, such as the Sette from Fratelli, the Dindori by Sula, a Cabernet Reserve from KRSMA (a new entrant, but one that is completely focused on small batch productions of high quality) Misfit by Myra (only for private circulation as of now), Single Barrel reserve bottles by Four Seasons and a new reserve range by SDU Winery. There are others, too, but clearly the trend here is to take on low-cost imports with better homegrown products. It also creates a distinct differentiator of entry-level quaff, often owned by large spirit companies, but important in developing a culture nonetheless.

With the mammoth Louis Vuitton Moët Hennessy’s recent move to make their own brand of sparkling Chandon in India, it is safe to say that wine drinking is at the crucial brink of taking off in our country in a big way. Given the ridiculous import duties of nearly a 160 per cent and other state-imposed levies and charges, the growers have been guaranteed a certain protection. How much of an impact they will now be able to make and turn more people towards wine drinking remains to be seen. I couldn’t think of a better opportunity or time for them to put their best foot forward, so that you, the customer, is the ultimate winner.