At The Indian Express Adda (a discussion group) a few days ago, my good friend Sir Mark Tully, formerly of the BBC and arguably the most well-informed contemporary reporter on Indian politics, reverted to a favourite argument of his that as “most Indians are religious”, the Congress should adopt “a nationalism with a religious colouring to it”.

Few know better than Mark the history of our freedom movement, but I would give myself the liberty of reminding him that till 1916 the Congress had refused to colour its nationalism with any religious tinge. In that year, however, seduced by Jinnah’s argument that communal amity would be promoted, not jeopardised, by separate electorates for Hindus and Muslims, the Muslim League and the Congress, through the Lucknow Pact, jointly inaugurated the worst decade of communal conflict our country had till then known: the ‘Terrible Twenties’. Historian Bipan Chandra assessed the Lucknow Pact as “the beginning of the communal problem in serious form”.

This was the ghastly outcome of political parties pandering only to their respective religious communities, with no electoral purchase in appealing to the other community. Gandhi refused to have anything to do with the electoral processes under separate electorates in the Twenties but pursued nationalism with a religious hue by making the Khilafat movement the centre-piece of the first noncooperation satyagraha, in association with the Ali brothers—Mohammad and Shaukat. But when in 1922, Kemal Ataturk drove the Ottoman Khalifa (Caliph) from his spiritual seat, the Khilafat movement collapsed and soon enough the same two Ali brothers went on to become Gandhi’s bitterest enemies, denouncing him at the Calcutta session of the Muslim League in 1928 as “a Jew, a Bania”. That is how “nationalism” with what Tully calls a “multi-faith colouring to it” culminated, leading eventually to the dreadful partition massacres of 1947.

At Giani Zail Singh’s urging, Indira Gandhi thought the Akalis and the Khalistanis could be brought to heel by lending Bhindranwale a helping hand. That ended in the tragedy of her assassination. Rajiv Gandhi suffered the double-blow of attempting to meet Muslim concerns by passing the Muslim Women (Rights on Divorce) Act and then allowing the shilanyas to appease Hindu extremists. And Narasimha Rao, of course, thought sadhus and sants critical to dealing with the Ram Janmabhoomi. We are still living with the consequences.

It was only under Nehru, who refused to bring religion into politics, that India was protected from the horrendous consequences of politics tinged with religious tones. In 1951, he drove to the margins or even out of the Congress all the votaries of what Tully calls “a place for religion” within Congress policies, and finally defined secularism in governance in the following immortal words: “If any man raises his hand against another in the name of religion, I shall fight him till the last breath of my life, whether from within the government or outside”. 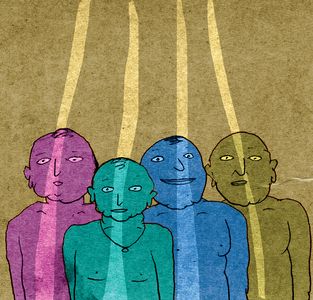 For the rest of Nehru’s lifetime, India remained immune to religious riots. Now with the drum-beaters of religion in politics in power, we have reverted to the ’Terrible Twenties’.

All Congress PMs, bar Nehru, have been personally religious and God-fearing. Congress secularism has never been “anti-religion”. It has been portrayed as such by those who want to make India a reverse Pakistan, basing national identity on religious majoritarianism. True, they have won one election. That should not frighten us into abandoning our core principle. We have always respected all religions, without either our party or its governments donning religious robes.

For secularism is not about privileging one’s own religion, but respecting the right of others to hold beliefs that we do not ourselves hold.