We are unbecoming, unhinged, undone, unencumbered. We are marooned in the moment, a collision of hard edges and soft tissue, of difficult bodies and sensational possibilities.” Thus begins the write-up of Australian screendance and performance artist Dianne Reid’s new collaborative work, Unbecoming.

There are not many things in our daily lives that require raw courage. For me, one of these is being able to face and interact with a person of disability as though they are as “normal” as most of us having one nose and two eyes.

It requires, besides courage, passion and compassion, an ability of empathy that goes beyond pity and trying hard to act normal. It goes beyond using that voice that one hears people use, as though a person with cerebral palsy cannot be an intelligent adult with the same or better grasp of the world than you, as though you need to talk to them as if they were little children barely able to speak or understand. In a world where being politically correct means looking through disability and pretending it doesn’t exist, the power to engage with ease, as with anyone else who is “normal”, becomes a further barrier. This is why Reid’s new performance is so special.

Reid dances with Melinda Smith. Melinda has cerebral palsy and, under most circumstances, would be wheelchair bound. But bound she certainly isn’t. To the wheelchair or anything else. As the performance proceeds, one loses sense of the real and the imagined, the projected and the perceived. Shadows become images, walls become the floor, the wheels of two wheelchairs become propellers, bodies intertwine, roll, bend, teeter, fall, collapse, are released, clamber, sway and stretch. The problematic becomes the aesthetic. Hand-held projectors project uncanny faces and body parts on unlikely body parts. The face becomes a chair. The chair, a body. Perspectives shift. Suddenly, one is seeing the world through binoculars pointed at the floor in front of Mel’s wheelchair going through a supermarket. Feet scuttle away upon the approach of the wheelchair. Embarrassed feet. Feet wanting to help a disabled person. At one point, Mel is near the wall with her chair besides her, and Reid plays unseeingly with an iPad that controls what is projected on the huge back wall. The juxtaposition of Mel’s crouching figure and the random projections, ever changing, jumping and unconnected, makes one rethink words like normalcy and reality. And there are those sudden silent guffaws from Mel. At the wonder of it all? At the absurdity? At the possibility? 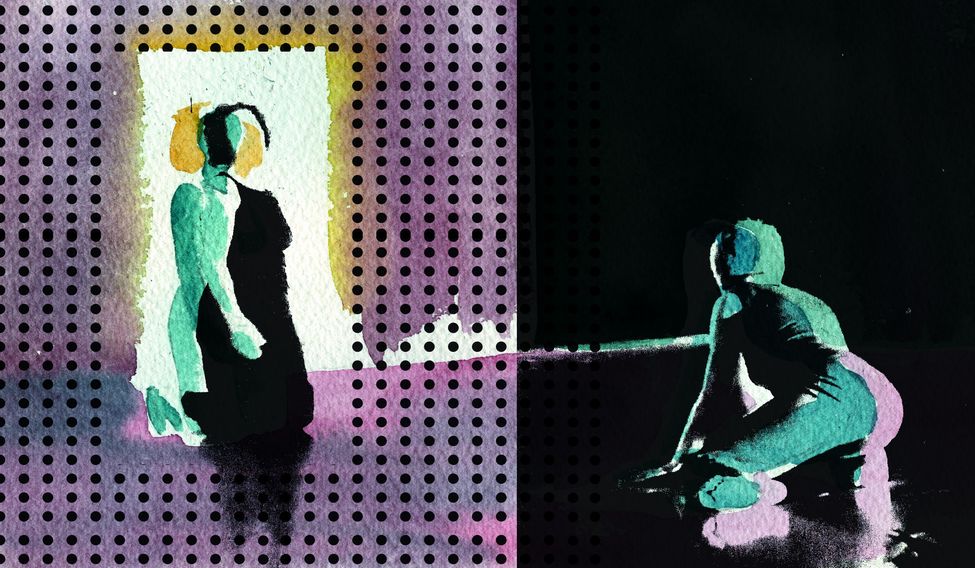 Mel and Reid were in Ahmedabad to perform for us two years ago, one year through their improvisations. The relationship and the interconnectedness had started then, but have come a long way since. They are now completing the third year of this improvisation at Deakin University in Melbourne. The work was recently premiered at the Melbourne Fringe Festival and will soon start travelling.

There are other dance companies, including in India, that have performers with disability, and many do extraordinary work. What is different here is that Reid and Mel are not trying to adapt disability into ability. Reid is inventing a new dance and movement vocabulary for herself as Mel pushes the limits of what the world believes a patient of cerebral palsy can do. There is nothing patronising here, no proving how normal “abnormal” can be. This is a different world and audiences need to suspend belief in “normal” to get into it, to let it get into us. Excerpts are on YouTube. Seeing is believing!