But when his superior did ask, “How is it going?” his response was the knee-jerk, guilt-ridden “Fine. I’m on top of it.” His superior probably knew he wasn’t on top of it. His superior, as an older and wiser person, should have said: “Come in and show me your progress. Let’s see where you’re at” at which point all that was not done and should have been done would have been revealed. But the superior was lazy perhaps. He didn’t want to take the trouble. And so he rationalised it to himself: “It is his job,” he said to himself. “It is what we pay him to do. He should get on with it.” Or even worse, his superior, being older, is a little jealous of the young man’s youth and promise. His own promise has been fulfilled now and it has not, perhaps, been as sumptuous a promise as he hoped it would be. “Let the little twit screw it up,” he thinks to himself. “Thinks he’s so great with his degree from that foreign university.” 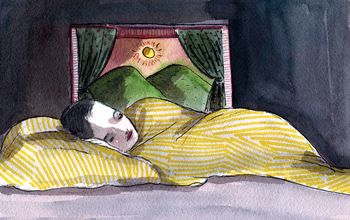 We are none of us who we should be. We know who we can be. We just don’t seem to be that person. The entire self-help industry is based on this gap between knowledge and application. You would not need a diet plan and a dietician and a nutritionist’s advice if you just remembered your grandmother’s words: Your eyes are bigger than your stomach. You’d just eat less. You wouldn’t need a gym if you walked up the stairs to work. You wouldn’t need a marriage counsellor if you realised that what you expect out of marriage is not what you are willing to put into it. You know this. You just won’t do anything about it.

Again, I know this and I won’t do anything about it. I often wonder why we are not better programmed. Why is it so difficult to feed the middle-class child? Why do parents or maids have to run after children with their food? (In one magnificent instance, I witnessed a young man running after his cat to feed her. She led him a merry dance, this frabjous feline, leaping from chair to chair and only stopping occasionally for a nibble at her kibble. “Why are you doing that?” I asked. “The animal will eat when it feels like it.” “She,” he corrected me gently, “will not eat unless she is fed.” His time, I thought, to spend the way he wants it.) Why do so many educated people continue to smoke when they know they are wreaking havoc in their systems? Why do we gamble when we know that the house always wins?

Meanwhile, the self-help books keep piling up and the money keeps rolling in. And this column began when I went to a friend’s home whose major problem is procrastination. For his birthday, a common friend had given him a book that was guaranteed to cure him. “Have you read it?”

he said. He believed it too.

Jerry Pinto is a reluctant traveller with itchy feet.