By the time you read this, I will probably have made a complete ass of myself, but that is what happens when you allow your host to choose the topic. Later this week, I will be speaking at the SCMSophia’s annual Media Mirror event, and because I was busy with other stuff, I let them say that I would tell the world what you need to do to become a writer.

When I was told this, I was still preoccupied, a friend in hospital, another who needed support through the trying time of a brother’s visit, and I nodded and thought: I’ll figure it out later. One way to do this would be to check out what other people have done to become writers. But that would only mean I would be telling the students what they could have found out for themselves.

“So Jerry,” I ask myself, “Why don’t you want to talk about what it took to become a writer?”

“Because I’m not sure that I am a writer. At least, not yet.”

“Ah come on, surely you know at least that much by now.”

“Actually not. I live with the fear that one day someone is going to tap me on the shoulder, and when I turn around he will say, ‘Okay, we’ve let you run this farce for as long as we could, but now we’ve run out of patience.’” 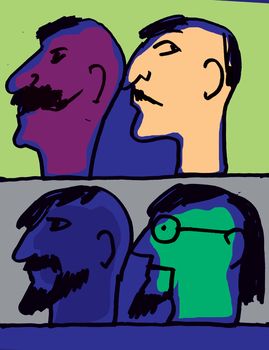 “Who is this person?”

“Oh come on, I don’t want to bore myself with the notion that this shoulder-tapper is me. That’s such a cliché and it will prove my own fears about not being an adequate writer.”

Okay, so I began by walking eight miles a day to school and carrying my books on my head through a swollen river....

No, that one was the Generation W story. And one of the worst things one can do is to expropriate the pain and suffering of someone else. I had it easy, I suppose. I didn’t even think I could be a writer until my friend, Rashmi Palkhivala, pushed me to be one. I was giving students mathematics tuitions and making a decent living, until she came along. But as soon as she did, a tap opened and the words began rushing out. Then the thing to do was to discipline those words and make them seem like journalism, while allowing enough of me to creep in. I was also reading, in undisciplined fashion, everything I could lay my hands on. That helped, I think. It still does.

I suppose that’s it too. It’s what you start writing and find you cannot write that defines you almost as much as what you have done. It’s what you fail at which makes you a writer because now you know what you cannot do. This is much more useful than knowing what you can do. No, wait a minute. You might fail at writing your novel today, but you might be able to do it in five years. So that’s not good advice too. You can’t let a failure define you. “Fail again. Fail better.” That’s Samuel Beckett who said it best.

So I’ll wing it. I’ll remind those poor things I’m a writer of fiction. Truth is the acknowledged casualty of the novel.

Jerry Pinto’s novel Murder in Mahim is out now.