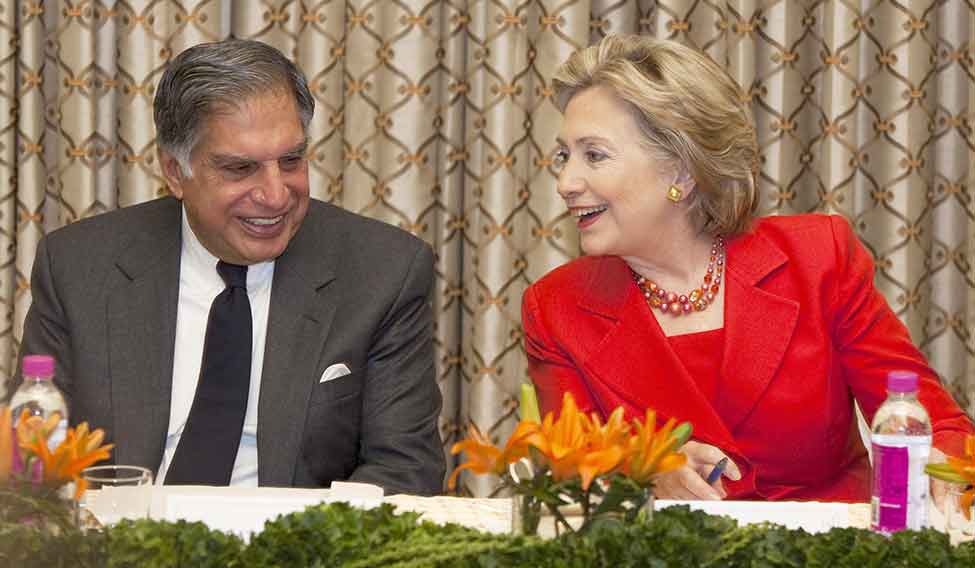 Show of support: Hillary Clinton with Ratan Tata at Taj Mahal Hotel in Mumbai during her 2009 visit | Getty Images

After the 26/11 Mumbai attacks in 2008, several world leaders made a beeline for India. While some wanted to show solidarity with the nation, some wanted to unite the world against extremism.

One of the high-profile dignitaries was Hillary Clinton (perhaps the next US president?), who visited Taj Mahal Palace in Mumbai. The arrival and departure of such VIPs are well-guarded secrets, as they should be, and we were briefed about some of her preferences.

The waiting period is generally filled with anxiety. You cannot prepare the food early, as it loses freshness, but, on the other hand, VIPs rarely give you time to cook them a hot meal. Often, more than the person, it is the delegation and protocol that cause confusion and panic. But they, too, have responsibilities. Food, however, is not dispensed like cash from an ATM, and pressing a button won't get you a meal.

The delegation arrived late at night and everyone thought they would go straight to bed. However, they asked for dinner and, when given the choices, opted for Indian food.

At the table, the conversation was about the crockery (Versace) and how expensive it was to maintain. The delegation thoroughly enjoyed dinner, especially the kebabs. The next morning, after breakfast, Mrs Clinton met the staff members who had been inside the hotel during the attacks, and had served guests without caring for their lives. After being introduced to each staff member, she looked at the high tide and asked me whether the waves rose higher.

I told her that twice in the past decade, the waves had hit the windows of the ballroom. She turned around and said: “You must be getting the freshest fish.” Everyone burst out laughing. Jokes aside, she praised the bravery of our staff members and said she really enjoyed the dinner.

The next day, she went to Delhi and I was there to receive her. She told me I was faster than her delegation and I said I had come looking for the freshest fish.