Defence Minister Manohar Parrikar’s remarks on the ‘no-first-use’ clause in our nuclear doctrine created an avoidable controversy, which prompted the defence ministry to clarify that the comments were his personal opinion and did not reflect the government’s policy.

This was necessary in view of the scheduled inking of the civil nuclear deal with Japan on November 11, and also the special meeting of the Nuclear Suppliers Group to discuss the criteria for India’s entry to the group the same day in Vienna.

Leaving aside the inapt timing of the statement and the reported deviation from the prescribed political decorum, the defence minister’s remarks did carry a constructive message for the national strategic community. His statement should be viewed in the context of the ongoing transformation in our strategic culture, wherein, from an extremely cautious, idealistic national behaviour, we are gradually acquiring the much-desired realistic stance. Moreover, given the sound academic foundation of the minister, he should not be faulted for questioning the status quo—any individual endowed with creative and analytical prowess would do that.

Nations and organisations must lead change to remain relevant by ensuring compatibility of policies and strategies with environmental realities. Great powers and vibrant organisations undertake such reviews virtually on an annual basis.

It is about time that India’s nuclear doctrine is revisited to maximise its ‘war-avoidance’ potential, especially in the backdrop of the strengthening strategic ties between China and Pakistan. Moreover, Pakistan’s attempt to blur the distinction between the conventional and nuclear war fighting arenas through the introduction of low-yield tactical nuclear weapons—as part of its ‘full spectrum deterrence’ policy—needs to be taken note of.

While retaining our moral high ground of treating nuclear arsenal as ‘political weapons’ of deterrence, we do need to re-articulate our doctrine to make it more relevant to current realities. 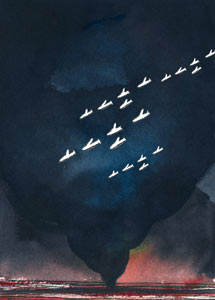 Various facets of the nuclear doctrine have been debated within the Indian strategic community and the government from time to time. These debates, besides our no-fist-use commitment and Pakistan’s full-spectrum deterrence policy, have centred on issues of credible minimum deterrence, command-and-control structures, delivery means, options in the event of chemical and biological attacks and points regarding massive retaliation. However, despite countless discussions, old frames of reference have continued to prevail and, in consequence, disallowed fresh ideas to germinate.

We need to take note of the fact that Pakistan has been able to put us on the back foot for over 15 years by its well-publicised first-use policy, which has been laced intentionally with irrationality. It succeeded in inducing unwarranted caution in our political leadership and the policy advisers to the extent that even in the face of grave provocations, we continued to display passivity.

Why can’t we create such deterrence in our adversaries through calibrated ambiguity that would put them on the defensive?

By no means is one suggesting that we totally discard the no-first-use clause. This being the centrepiece of our nuclear doctrine should remain with suitable tweaking to enhance the deterrence value of our nuclear arsenal. For instance, qualifying the clause with a caveat—‘while India remains committed to no-first-use, it reserves the right to use nuclear weapons if its sovereignty or territorial integrity is threatened’—would be a rational and justifiable modification, which is not likely to impinge on our credentials of being a responsible international player.

Political idealism of the past should not tie down an emerging great power to status quo. Let the defence minister’s remarks rekindle a national desire to review the nuclear doctrine to make it more relevant to the changed security environment since its declaration in January 2003.