Jammu and Kashmir witnessed high levels of violence in 2016. According to the Institute for Conflict Management, while there was more than 45 per cent increase in the number of terrorists killed in 2016 vis-a-vis the preceding year, the fatal casualties on the security forces, in comparison, rose by 110 per cent. Even the civilian casualties were extremely high—the figure rose from 20 in 2015 to around 110 in 2016.

The high levels of violence were attributed to the upsurge in terrorist activity sponsored by Pakistan along the Line of Control and in the hinterland coupled with the widespread violent protests engineered by their proxies in J&K post the killing of Hizbul Mujahideen terrorist Burhan Wani. The agitation took a heavy toll on the population, besides seriously disrupting normal life. Reportedly, more than 90 people died in the unrest. While the people-friendly conduct of the security forces was commendable, the use of pellet guns came under the scanner.

Two major incidents that caught the national attention last year were the Uri and Nagrota terrorist attacks on September 18 and November 29, respectively. The Uri attack breached the national threshold of tolerance, resulting in the launching of trans-LoC surgical strikes on September 29. The strikes, though conducted at the tactical level, carried a strategic message of our transformed decisive and aggressive intent.

On expected lines, some of the valley-based political leaders exploited the agitation to not just earn brownie points but more importantly ensure their security from terrorists by making statements that were music to the ears of the Pakistani establishment. Similar rhetoric was evinced even on the proposals pertaining to the establishment of sainik colonies and colonies for Kashmiri Pandits in the valley. 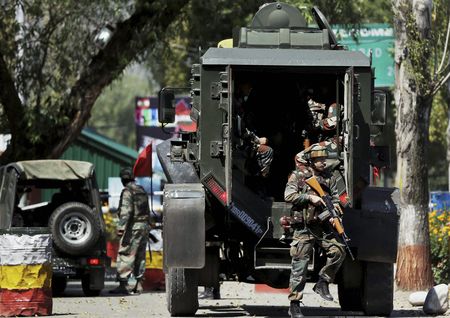 Despite the protracted anti-India propaganda and terrorists’ diktats conveyed through social media, the intelligent youth of J&K, by now, know where their future lies. Shah Faesal’s topping the Union Public Service Commission exams in 2009 has continued to inspire the young minds in droves. The youth are looking for jobs, including joining the Indian Army. At every recruitment rally, thousands line up for a handful of vacancies. The most important takeaway from the agitation of 2016 is perhaps the dire need to create jobs for the youth of J&K so that their potential is better utilised by the nation rather than by Pakistan’s proxies.

To obviate Uri and Nagrota type of incidents, internal inquiries by the Army should be taken to their logical conclusion. Besides augmenting the fence and enhancing its potential with state-of-the-art detection devices, all hinterland soft targets should also be hardened. We need to hone our capability along the LoC and International Border in J&K for not just averting Pakistan’s nefarious designs but also hitting back instantaneously in the event of a provocation.

Greater reliance needs to be placed on various non-lethal weapons for dealing with violent mobs. Given the deterrence value, pellet guns should not be totally discarded but used sparingly. The security of schools, police armouries and banks should receive the state government’s focused commitment. Terrorists cannot be allowed to exploit these to their advantage.

Mature and responsible political rhetoric and media coverage will help improve the security situation. As hitherto, subversive antinational elements and centrifugal forces should be effectively monitored and neutralised as per law.

Above all, the current resolute message that there shall be no more pussyfooting and that J&K is, and shall always remain, an integral part of India must continue to reverberate. However, we must ensure credibility of our Pakistan policy by walking the talk, where necessary.