Iron fist with a velvet glove

During her address at the Police Commemoration Day on October 21, Jammu and Kashmir Chief Minister Mehbooba Mufti urged the state police to bring the local terrorists back to their homes and not kill them in encounters. She also spoke about Pakistan’s cooperation in restoring normalcy and mentioned that Armed Forces (Special Powers) Act was not permanent and would go one day. Being the head of the Unified Headquarters that formulates joint counter-proxy war strategy in the state, she was also conveying her concern to various stakeholders including the Central government, Army and other security forces.

Unlike the conventional battlefield, where there are no holds barred on the use of force, the Army employs minimum calibrated force in conformity with its overarching concept of ‘iron fist with a velvet glove’ in the asymmetric arena to neutralise terrorists (slight modification to the accepted idiom). While the iron fist is used against the foreign terrorists on the Line of Control and in the hinterland, the velvet glove when worn over the fist brings in both legal and moral constraints that govern the Army’s actions in dealing with indigenous terrorists, their overground workers and other antinational elements. In essence, it connotes the people-friendly approach of the Army, wherein the focus is on ‘clean operations’ that are executed with full respect to law and human rights. The velvet glove, inter alia, also emphasises some non-kinetic initiatives that are aimed at encouraging the local terrorists to surrender. The formation and unit commanders always reach out to the local terrorists through their family members to surrender. During encounters, it is only when the local terrorists pay no heed to the appeals for surrender that they get neutralised in retaliatory fire. 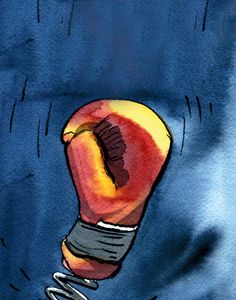 Indigenous terrorists will surrender only if there is a viable rehabilitation policy that, besides a vocation, provides necessary security against retribution from hardcore terrorists, who invariably stop disenchanted and fatigued terrorists from surrendering. The state ‘Rehabilitation Policy’ of January 2004 has failed to attract the disillusioned terrorists in the numbers envisaged essentially because of post-surrender security concerns and absence of guaranteed jobs. The state government, in consultation with the ministry of home affairs, will have to revisit the current policy to make it more lucrative. Safeguards will also have to be instituted to obviate its misuse and to ensure that terrorists involved in heinous crimes are not allowed to seek benefits under the policy. Jobs that provide inherent security will have to be created both at the state and Central government levels. With the precedent of 111 and 112 BSF battalions, which were raised with surrendered Naga insurgents in 1973, raising of Central armed police units with the surrendered terrorists is one plausible option.

Normalcy in the Kashmir valley will return only after Pakistani proxies and other antinational elements constituting the ‘nuclei of unrest’ in various parts of the valley are neutralised as per law and by the security forces through clean operations. Pakistan, having fuelled the unrest, would not oblige the state leadership in normalising the situation in J&K. Majority of the population that is suffering at the hands of just 5 to 7 per cent of the population who are misguided will have to voice their contempt against the reprobates, who have vested interests and are instrumental in prolonging the unrest. The instigators of the current situation must understand that the government at the Centre will never ever yield to any agitation or pressure tactics. J&K has been, and shall always remain, an integral part of India.

While AFSPA is not permanent, any decision, even for its partial revocation, must be based on pragmatic analysis of the security situation. Parochial political agendas should not be allowed to eclipse the primacy of national security interests.