After many years, one is struck by the mood of general festivity that accompanies Christmas in Kolkata. Shops and streets in the main commercial areas are brightly decorated with festive symbols―a gaily decked up Christmas tree, the red and white coated Santa Claus, his trendy sledge and the long-horned reindeer. Shops in Park Street are full of youngsters sporting reindeer horns, and a brisk sale of Christmas artefacts is on at pavement corners. City dwellers are seen crowding at the city’s iconic cake and bake shops like Flurys on Park Street and Nahoum in New Market. At night, streets are lit up in bright colours, and the landscape features lit-up frames of Santa and his reindeer.

Many of these are relics from the city’s imperial past that survive even today, although old Mr Nahoum, whom we saw presiding over his bakery outlet while we were growing up, is gone, and it is his grandson who has replaced him at the counter today. The composition of the city and its people have changed beyond recognition. From an urban entity with a central European quarter and an Indian settlement to the north, the city today has spread in many directions and has subsumed several rural settlements. The Europeans have long since departed and many of the Anglo-Indian residents, who were once numerous along Free School Street and Elliot Road, have migrated to Australia and other countries. It is the Bengali population, of whom Christians form a minuscule minority, that celebrates the spirit of Yuletide today. 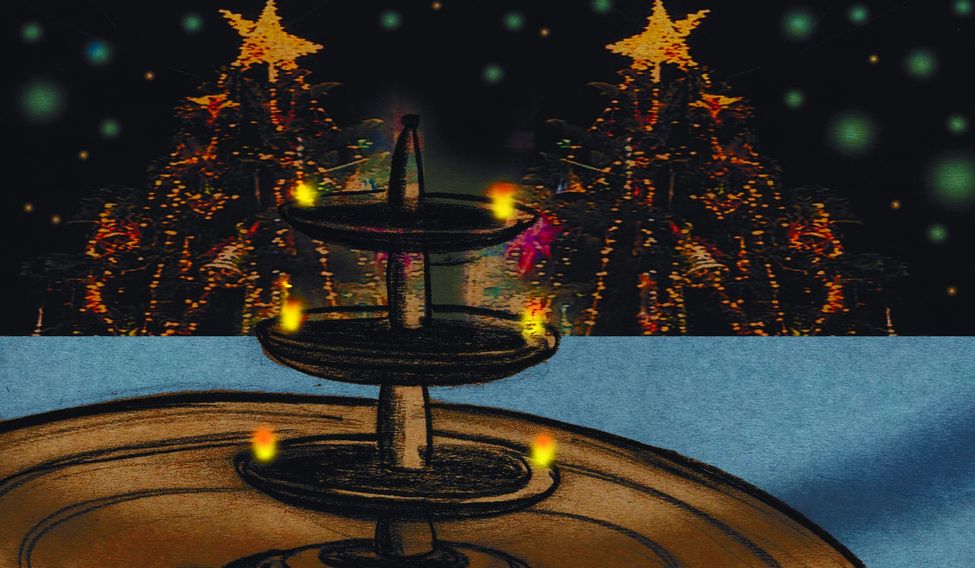 Somewhat similar is the spirit of the Eid-ul-Fitr celebrations in the old city of Lucknow. All through the month of Ramadan, the Hazratganj and Chowk areas come to life with trolleys of iftaar goodies during evenings. Shops selling silk, chikan and jewellery add their sparkle to the landscape. It is not only the faithful who join the crowds in the bazaars, but also the local residents and visitors to the city. Many people from surrounding areas actually plan their trips to the city during these days. The tehzeeb of Lucknow has always been syncretic. In the Nawabi days, the majestic Baradwari was famous for its cultural evenings during Holi, with Nawab Wazid Ali Shah dancing as Krishna accompanied by professional dancers as young maidens of Brindavan.

The Indian countryside has had its own ways of celebrating pluralism. Every faith that has come to this land has adapted to the local culture and tradition. New faiths and creeds have been created through a coming together of traditions. The preaching and the music of the Sufis; the simple faith propagated by Kabir based on equity and good life in and around the holy city of Varanasi; the creed of love, soulful music and barrier-breaking rituals of the Bauls of Bengal―all of these are products of the coming together of faiths, and have been kept alive and nurtured by our people. Sufi music and Baul melas have a huge following across the subcontinent.

We remember this heritage as we celebrate Christmas this year, even as the madness of reconversion and ‘returning home’ rages all around. Who has ever resisted the pull of India? Hasn’t everyone always come home and made a nest here?

Your form could not be submitted.
This browser settings will not support to add bookmarks programmatically. Please press Ctrl+D or change settings to bookmark this page.
Topics : #Last Word | #religion