The 17th Pritilata Waddedar Memorial lecture was recently organised at the School of Women's Studies (SWS), Jadavpur University, Kolkata, under the joint auspices of the school and the Biplabtirtha Chattagram Smriti Sanstha, an organisation devoted to the preservation of the memory of the Chittagong revolutionaries of pre-independence Bengal.

Ilina spoke on the theme 'Women's Empowerment Then and Now: From Pritilata to Jasodhara', paying tribute to the feminist scholar Jasodhara Bagchi, the founder-director of the SWS, who died on January 9 this year.

Pritilata, like Kalpana Datta and Bina Das, was a legendary figure in the freedom movement. Generations have grown up reading about her valour. She was a member of the Bengali revolutionary group led by Surya Sen, who dreamt of freeing India from the British through an armed insurrection.

The group's activities were focused on and around the port city of Chattagram (Chittagong, now in Bangladesh). After attacking the European Club in the city, an injured Pritilata chose to bite a cyanide capsule, rather than be caught and tortured for information about her comrades.

The ideology of an armed struggle against an oppressive authority has had many takers, including women, in history. Today, in the context of the LTTE's use of women cadres as suicide bombers, many debates around the use of women by those heading revolutionary organisations have come alive again. There, however, are no doubts over Pritilata's commitment to the cause of national liberation. 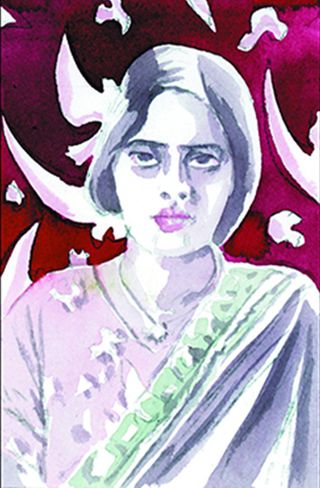 The Indian national movement was remarkable for the way in which it mobilised thousands of women in different political streams. The foremost achievement was that of Mahatma Gandhi, who was able to bring a large number of women on the streets, into action in satyagrahas and mass movements.

Even as we acknowledge the role of the national movement in catalysing women's conscious political action in India, we have to recognise that it was left to a future generation of women scholars and activists to record the pain that was attached the building of the nation states that arose on the ruins of the British empire.

The mass migration of refugees on both sides of the borders on the west and the east, the rapes and gender-based violence that accompanied partition, the trauma of losing family and roots―all of these have been documented by women of India, Pakistan and Bangladesh.

In Bangladesh, women experienced a traumatic birth of a nation through the experiences of the biranganas, the brave women―in the words of Sheikh Mujibur Rahman―who bore the brunt of the mass rapes by the Pakistani army. One can say women on the subcontinent understood the limits of strident nationalism long before our political leaders.

Jasodhara Bagchi, a gentle chronicler of the lives of Bengali women, brought together many voices of women from the time of partition in the book The Trauma and the Triumph:Gender and Partition in Eastern India, which she co-edited with Subhoranjan Dasgupta in 2003. She also initiated the pioneering Bengali Women Writers Reprint Series, edited by the SWS.

Many feminist scholars have been trained through her nuanced and liberal vision of social justice. Her legacy has stressed the continuity of women's struggles from the times of Pritilata, and the need to engage newer challenges.