Teaching in God's Own Country

Semmangudi Srinivasa Iyer was known as the pitamaha of Carnatic music. I attended his concerts in Chennai in the late 1980s and was fortunate enough to spend some wonderful moments with him. In 1988, when he received the Hafiz Ali Khan Award, he stayed at the Rashtrapati Bhavan with president R. Venkataraman. After the award ceremony, we held a reception for him, which had all the other awardees, including sitar icon Vilayat Khan.

He was a legendary figure in the world of Carnatic music and his simplicity was his trademark. I would always tell him that the terms Hindustani and Carnatic should not be used as they suggest division in the music world. Instead, it should be classical music of the north and the south, to which he agreed wholeheartedly.

The guru-shishya parampara is alive in all its splendour and the number of learners has swelled. In my case, there has been no discrimination between my sons and my disciples as far as training is concerned. There is nothing that my children have learned that my disciples have not. I have also presented my disciples at various music festivals all over India and also at festivals such as the Adelaide music festival and the Ankara Music Festival. I would not like to discourage anybody who wants to choose Indian classical music as a profession. The reason I say this is that there will always be struggle. The future is always uncertain. People who have the courage and strength to surrender themselves to God and music, without any expectations, should go ahead. For me, music is not a profession, but a passion and a way of life. 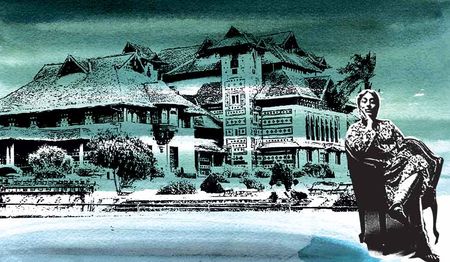 I am looking forward to establishing a school of music in Kerala. The proposed international school of music will come up at Veli in the state capital of Thiruvananthapuram. The state government has initiated the proceedings to finalise land for the school. I have always enjoyed going to Thiruvananthapuram, right from the first time I went there to perform at the Soorya festival in the early 1980s. Three years ago, while I was there to present the prestigious Swathi Puraskaram to Dakshinamoorthyji, the government was kind enough to announce that it would give me all the support I needed to set up my school. The day coincided with the 200th birth anniversary of Swathi Thirunal, the Travancore king known for his outstanding contributions to classical music.

The school would promote Kerala in the field of art and would help develop the skills of the youth. It would be under the Kerala Sangeetha Nataka Akademi, but would have a separate governing body. It would have a concert hall and hostel facilities, and would take students of all streams of music. It would also be India's first international institution dedicated to music. Through this, I wish to promote the guru-shishya parampara, the sacred ancient relationship in which the student acquires transcendental knowledge from the teacher through humble reverence, sincere inquiry and service.

We as artistes have a lot of ideas, but we need a support system to make these ideas a reality. In Kerala's case, I feel very blessed to have so many well-wishers and lovers of music who I am sure will be part of my journey to spread the message of music through this institution.