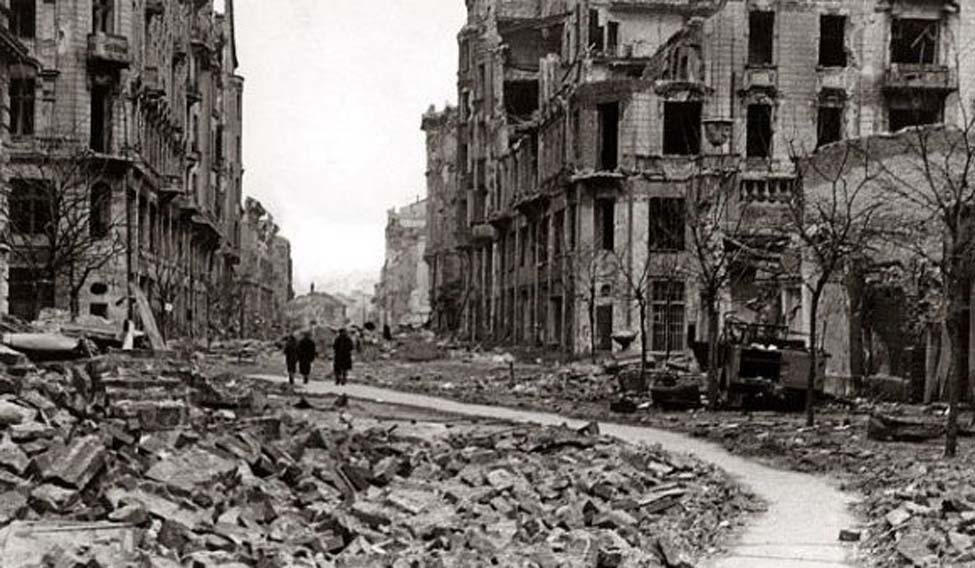 A street in Warsaw during the Second World War | Reuters

Wieslaw Stypula is an 87-year-old retired engineer in Warsaw. He was recently in India, his 'homeland', to shoot a documentary on his childhood. Stypula's was indeed an extraordinary adolescence, and his five happiest years were spent in Gujarat. He was one among the 1,000 Polish children that Maharaja Jam Saheb Digvijaysinhji Ranjitsinhji of Nawanagar hosted during the Second World War.

The ruler of Nawanagar was a part of the Imperial War Cabinet in London. When they were deliberating on a course of action regarding Polish children (after the Second World War broke out, there were countless orphans and wards separated from their parents), the Jam Saheb offered to host a thousand—a magnanimous deed at the time. "Saheb's was the only camp which was not financed by then Polish government-in-exile. It was funded by himself and the Chamber of Indian Princes,'' says Monika. The Maharaja had built a camp for the children near his Balachadi seaside estate.

The ruler gave these children refuge at a time when other countries were denying them assistance. When they docked in Mumbai, the British officials initially refused them entry. They changed their minds only after much persuasion from the part of the Jam Saheb.

It was a testimony to the quality of care the children received in Gujarat that only two of them died during their stay, says Monika. "One arrived in very poor health, and was beyond help. The other drowned, apparently a suicide, as he was uable to come to terms with life's tragedies. Even when malaria raged across the land, it did not claim any of the children, who, by the way, had no immunity against the disease.''

The trio are in Delhi to promote their documentary, A Brave Bunch, on the children who lived through the 1944 Warsaw uprising. They are working on the Indian film simultaneously.

Zofia attended a school in Warsaw named after the good Maharaja. That is how the Jam Saheb is known across Poland. "I was 16 when I first heard the story behind the good king," she says. "It was amazing."

"The children were brought in from Russian orphanages, where they were living under terrible conditions. Here, they regained their strength. They were free to study, follow their religion, and be happy. Here, in a strange land so far from home, they got their lost childhood back,'' says Monika. The children were so happy that, after the war, when it was time to return, many were not willing. So the Jam Saheb said he would be happy to adopt them, adds Monika.

He adopted 200 who were below the age of 18—with the help of British officials and a Polish priest. This gave the children and their families enough time to find each other. Stypula was one of the adopted ones. His mother, who was deported to Russia, finally tracked him down through the Red Cross, and he returned to his family in Warsaw.

Zofia says that Stypula had an older brother who remained in Russia. When the entire family was reunited, the differences were stark. Stypula had been exposed to quality education, he spoke fluent English, and was healthy. His brother lagged behind him, academically.

The filmmakers say these stories were suppressed by the communist regime in Poland, as it did not reflect well on the Soviet reign. "Now I think we are free and grown up enough to tell these stories openly. I also realise that many Indians themselves are not aware of this piece of history. I hope the film, which is meant for children—and will be available online—will help create awareness,'' says Monika. The film will be in an interactive format, so the user can navigate through the narrative at his own pace.

Stypula visited India seven times after he left. He loves returning to the camp, which is now a Sainik School. "When he was here for the shoot a few weeks ago, we saw how the years fell off his face. He was so comfortable with the students; he told them it was his school before it became theirs, telling them stories about how they levelled the sports field with their games.''

trailer of BRAVE BUNCH IN INDIA from pregomedia on Vimeo.