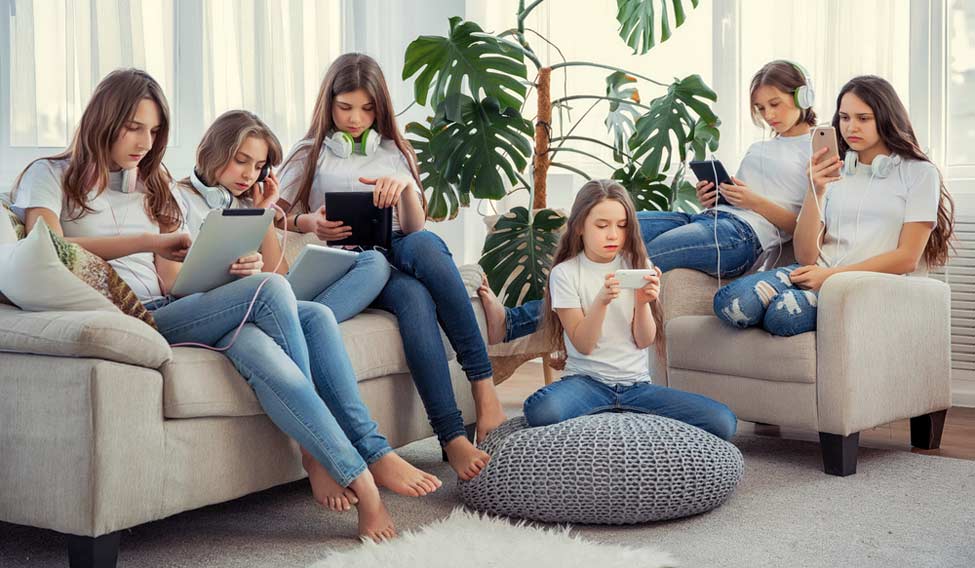 Schools, especially the so-called leading ones, have moved to sending assignments to students on WhatsApp groups. “It’s more efficient,” says a teacher. “Children are already on WhatsApp and in one shot we can inform every one. We can also form groups around specific activities and keep them informed on what to do next.”

A friend’s daughter is part of several such groups, both academic and extra-curricular. She and a few others from class were given a group assignment, which they then planned to complete at one of their homes.

First, it took over 200 messages to decide where and when they would do it. Then it took another 97, checking on where everyone was—whether they were 10 minutes away, or two, or down, or coming up or in the lift, or outside the front door, or ringing the bell, until they finally assembled together at the decided venue.

Once the assignment was done, through all the social media distractions that these six youngsters would intermittently check on, coordinating with parents on whose car would come where to see off whom, took a couple of hundred more messages, the details of which are too exhaustive and exhausting to enlist.

That this system is efficient is a delusion. It starts with our belief that cloud technology or the invisible matrix of the internet, are somehow light and advanced in effect. That is far from the truth. The costs, in the real world, both apparent and so far hidden, are tremendous.

All smart technology or systems—from computers, mobile phones, flat screen televisions to satellite enabled technologies—contain what we know as Rare Earth Elements or REE. Wind turbines and other green technology for electric cars also use these elements.

These are 15 metallic chemical elements that though are not very rare to find, are extremely toxic to mine. One tonne of rare earth minerals (REM) reportedly produces 2000 tonnes of toxic waste, which includes radioactive waste.

To say that it is disastrous for the environment and for the people who live in surrounding areas, is perhaps an understatement. A BBC report on the man made toxic Lake Baotuo in Mongolia, described the spot as 'hell on earth' with the black, barely liquid, toxic sludge from the rare earth mining industry around it.

Rare earth elements were mined earlier for limited uses. Now, with phones and apps and smart technology forcing us to acquire new models every year, more hell could be created by our mindless lust for tech. Since 2002, the demand for REEs has more than tripled.

When we had to work on a group assignment, our teacher either put up a note on the notice board or simply told one student to inform the group to stay back after school. The time and venue were given. We got together, finished our assignment or practice and went home with no more school on our minds.

We were neither as busy nor as harried as young kids and their parents are today, who expend more time and energy coordinating to get together, than we did in completing the entire exercise. These children end up with no sense of private space or time for home or family.

Worse, the few students who don’t have smart phones are left out of the group, per force. This is an unwarranted penalty on such children, whose parents are wise enough not to give in to this craze for equipping children with smart phones. These children, less distracted, may ultimately be the more efficient ones, both in matter and in mind.