I may sound like a stuck record when I keep on harping about the loss of biodiversity, or at least the erosion of a lot of indigenous and heirloom crops at the altar of industrialised agriculture. And the one place it probably holds true more than anywhere else is when it comes to wheat and rice. What happens when everyone starts eating only a single strain of wheat, day in, day out, processed as it may be in different forms? What happens, when the best parts of it, the bran and husk, are removed, and the endosperm, which is the protein in wheat, is the only thing that arrives at your tables? The growing ‘intolerance’ to wheat products, which we suddenly see a rise in, may be one side-effect. One may argue that it has become almost fashionable to say that we are gluten intolerant, which is perhaps true to an extent, but there is some merit in these complaints.

Bread, real bread, is a great way to consume whole wheat. And making it from scratch is not only therapeutic, but a relatively simple process. Real bread is nothing more than flour, water and salt, as Sujit Sumitran recently demonstrated at a workshop titled Dancing Breads, at the Serendipity Arts Festival in Goa, for which I was curating the food activations. 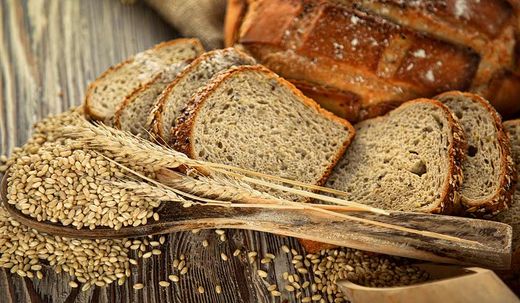 By adding water to freshly milled wheat, a beautiful reaction starts, which essentially is fermentation, from naturally occurring bacteria that exists in the air. This is a starter, or culture, which then is used to make the most delicious loaves of sourdough bread. India has always had a rich tradition of cultures; from the pao and poi bakeries in Maharashtra and Goa, to the naan bhais who attribute the secret of their excellent flat breads to the khameera, which is a starter culture many have had in their families for decades, some even centuries.

There are now some excellent new varieties of wheat that are becoming available in the market, like Khapli Gehun (Maharashtra) and Khatiya (Uttar Pradesh) and many others I am sure. So, get some flour milled fresh and start a culture; which can then also be folded into one’s chapati dough. The benefit of starting a culture is also that the process of fermentation breaks down phytic acid which is present in wheat and prevents the body from absorbing nutrients. Given that it also eats up a lot of the sugars, the glycemic load in sourdough bread is much lower than in processed bread, which, more often than not, has sugars added to it.

The feeding of a culture is important; and as one lady sitting in the workshop correctly noted, it is almost like raising a pet. A weekly feed of some flour and water in the culture is enough, if you are storing it in the fridge. You can keep removing some to use in baking, and you can add any flavour to the breads, add seeds, and even other grain or millet flours.

It becomes a habit once you get the hang of it, but the benefits and sheer flavour of a sourdough bread, and the fact that you are nurturing a living breathing food will almost instantly make you fall in love with it.