The lessons we can learn from history

It is not history that has led to atrocities

The question raised by an American journalist on Twitter—“Why is the Indian Prime Minister spending so much time attacking a Mughal monarch who died more than 300 years ago?”—is a reminder of how the past retains a capacity to inflame political sentiments in the present. The role of history in our contemporary politics may seem inexplicable, but it is not without precedent in many other countries where divisive politics is encouraged.

In my years at the UN dealing with the civil war in the former Yugoslavia, I was struck by how often my interlocutors on all sides referred to events from the distant past: there were two battles of Kosovo, in 1389 and 1448, but Serbs spoke of them as if they had happened yesterday, and these justified their resentments today, and their belligerence tomorrow. To take an Indian example, when Vinayak Damodar Savarkar (later the father of ‘Hindutva’) was, in his youthful phase, an advocate for Hindu–Muslim unity, he declared the rebellion of 1857 to have been ‘India’s first war of Independence’, featuring as it did Indians across divides of religion, region, caste, and language, fighting under the flag of the Mughal sovereign. The appeal to a positive historical memory can also play a significant role in constructing the nationalism of the present. 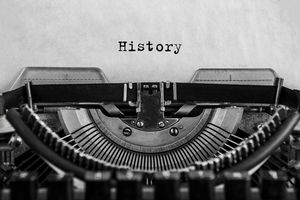 So, of course, can appealing to a negative historical memory—invasions, the destruction of temples, and their replacement by mosques. It is usually accompanied by an evocation of ancient civilisational memories that provides nationals with a sense of rootedness—the sense of belonging to a venerable and even timeless community. This in turn evokes both a sense of belonging to a common endeavour for the majority, and a sense of exclusion and alienness for a disfavoured minority.

Scholars like Benedict Anderson have told us that a nation is an imagined political community that reflects a single national identity, built upon shared social characteristics such as culture, language, religion, ethnicity, and a common history. This constructed national community is linked to a specific territory, resulting in a certain sanctification of geography, in the worship of the ‘motherland’ as the natural home of the nation. And next, this sanctified geography is married to a holy history. The history of a nation is marked by a shared recollection of the nation’s victories and defeats—as well as, quite often, resentment and rejection of other “nations” or communities, especially foreign forces that have conquered or dominated them. In the process nationalism involves an act of purification: purifying the people of religious, social and cultural contaminations that have come in from outside, leaving, in the case of our country, only the “new Indian” as heir to this precious ancient legacy. That new Indian, in today’s politics, must be Hindu, preferably Hindi-speaking, and resent the same past.

“The past is the essential element in [nationalistic] ideologies,” the historian Eric Hobsbawm has argued, “If there is no suitable past, it can always be invented…. The past legitimises. The past gives a more glorious background to a present that does not have much to show for itself.” Hobsbawm compares the role of history in nationalism with that of the poppy to the heroin addict. It is the source of the drug that both poisons and empowers the nationalist. Since the project of national unity, which is indispensable to the expression of this kind of nationalism, requires both a shared sense of cohesion and an identifiable territory, all nationalisms seek to create such fraternity. At the same time, to justify nationalistic zeal, both must be constructed on a long history—real or imagined. This is what makes history so important to the very idea of nationalism and so crucial to nation-building. And this is what the BJP has brought into our politics today.

It is not history, but the ways in which historical memories are used by nationalist ideologues, that have led to atrocities. Serbs and Croats lived together, in fact married each other, for decades, until the rise of the likes of Franjo Tudjman and Slobodan Milosevic accentuated their sense of historical difference and drove them apart. The same occurred to India in 1947 with the creation of Pakistan. Can we not learn from history? Or are we, in the famous phrase, doomed to repeat it?