Agnipath scheme: The hope and heartbreak of military aspirants

We need to uphold the ‘fauji’ spirit, writes Dutt

You have all seen the images of volatile street protests this past week against Agnipath, the government’s disruptive and radical new military recruitment programme. As trains and buses were torched and highways blocked, the violence, of course, has been unconscionable. As more than one veteran has pointed out, notwithstanding the utter despair that must lurk beneath this rage, arsonists cannot aspire to be soldiers.

But I want to tell you the story of Utkarsh, Pravesh, Ritik and Dharmendra—four young men who did not join any organised protest but who are anguished and heartbroken today. While coaching centres are under the police scanner for potentially instigating some of the violence, these boys could not afford coaching or courses. All four are from poor families, sons of small farmers or agricultural labourers, from different parts of Uttar Pradesh and Bihar. Their friendship is rooted in their collective pain. 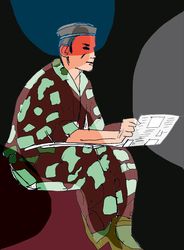 All four dream of being airmen in the Indian Air Force. Through the past two years, when the pandemic forced lockdown and delays, our quartet successfully cleared their examination and were awaiting enrolment. They kept receiving a letter every few months informing them of unavoidable delays “due to administrative reasons”. They had prepared for their entrance to the Air Force in the belief that once accepted they would be serving for 20 years. The boys just assumed that the lag in formalising their entry was a consequence of Covid-19.

Then came the bombshell Agnipath announcement.

“Jai Hind, madam,” Ritik says to me before he says anything else. He is standing on the terrace of his small home in his village in Uttar Pradesh, because internet connection is weak and only available in some small pockets. He can barely hold back tears as he describes the sense of isolation he has felt these last few months. He speaks of repeated calls to a helpline number and a wall of silence. He speaks of his confusion now that there is a new policy to recruit young adults like him. “Jayen to kahan jayen [who should we turn to],” he pleads.

Dharmendra does the data. He has researched how even a 10 per cent quota in the Central armed police forces or other affiliated departments is not enough to ensure a future for every soldier, sailor or airman who compulsorily must leave after four years, unless he is part of the 25 per cent who is re-enlisted for full service. He points to the dismal number of ex-servicemen who have been deployed despite quotas—less than three per cent among them could get a government job. “Why would our fate be different,” asks Dharmendra.

Utkarsh calls it a “fraud” and asks, “How can you change the terms for us midway? We won’t accept this. We will fight all the way to the Supreme Court.”

Whatever be your view on Agnipath, whether you support it or oppose it, every veteran I have spoken to agrees that those who already cleared their entrance rounds for the Air Force—the Army held no recruitment rally in the last two years—must be honoured on the old terms and for the full term they believed they had signed up for.

The debate over Agnipath continues. But let the military leadership offer to these young men—and others like them—the humanism and fauji spirit the uniform essentially stands for.