I recently received a link to an article on the gourmetfication of India. The piece was a somewhat humorous jab at the zeal and purported pretentiousness with which people are status-seeking through food. It also gives voice to a common genre of liberal complaint which I term as ‘a paranoid obsession with godless hipster cult allegedly intent on world domination’. As a piece attempting social satire, it mostly works—even if as clickbait. As a commentary on a broken reality that requires us to reconsider our choices in food and its celebration, it falls flat. All fads go overboard and then level off, and that does not necessarily make them wrong.

The disdain is palpable for the bearded, man-bunned, tattooed, pour-over coffee drinking, whole locally sourced grain salad-eating guys in their hand-dyed Kora jeans and burlap messenger bag reading the latest article from Vice.com on their one plus two device. But, is there merit in valuing what is different?

The humour in debunking gourmet food is, I admit, largely lost on a chef trying to break out of the tyranny of assembly line, homogenised and tasteless foods that have little integrity and even lesser ethics. Even if it means seeking out the exotic, lesser known, and yes, trendy ingredients. I see such articles as appealing to a generation past that had far fewer choices in what to put on their plate. They make nostalgic virtue of past scarcity, when this country was still trying to put the wheels of developments in agriculture, supply chain and processing on track.

You grew up eating what was made available, and were largely oblivious of cuisines beyond a 50km radius. I’m a 1980s and 1990s child, and, even in my time, food south of the Vindhyas was referred to as madraasi. We had no real access to variety and novelty, even if the will existed. 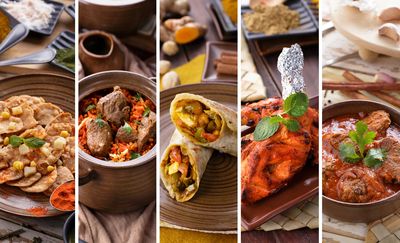 Mercifully, today’s generation can at least differentiate between an appam and an uthappam sitting in Vasant Vihar—even if they are eating it with fork and knife. Pretentious as it may be, it is progress at some level. That they are willing to pay top dollar for oil “infused” with garlic in a fancy bottle, and drizzle it on their sustainable, fair-trade, whole-wheat pasta for a made for Insta and Snapchat moment is an outcome of marketing. The same marketing that made the last gen rush to a Kwality’s thela to have an orange and cola bar. Different times, different methods, but now with more choice and availability.

This is, however, reverse snobbery of a most hypocritical kind. The same generation that sneers at the term artisan in, say, breads, and at the work and research gone into making it taste as close to what it should be—rather than a poor, dense, iteration—now sit at the top of their game. These are educated, savvy and outspoken beneficiaries of the post-liberalisation boom who write odes to discovering the lesser known Murakami in a secondhand bookshop, but retch at a millennial’s enthusiasm at the latest Chetan Bhagat. The latter is popular, simply written, easy to understand and relates to mass market and is largely uninspiring (I’ve read only one title). But, when it comes to food, the very same qualities of being cheap, mass and unremarkable are embraced as marks of ‘authenticity’.

Using almost identical resources as his fellow craftsmen in Cremona, Stradivarius created violins whose sound remains unmatched nearly four centuries on. What makes them exceptional may very well be the little imperfections he introduced in an attempt to be different. So, please resist the temptation to gag at the person biting into a single-estate, single-origin bean-to-bar chocolate from Pondicherry. We may be on to something new, and may be even worth your vada-pao and jam sandwich loving while. Give change a chance!