During the swearing-in ceremony, US President Donald Trump, in keeping with his electioneering pledges, declared the intent to eradicate radical Islamic terrorism from the face of the earth. In just a week after assuming office, he signed executive orders for strengthening the homeland security architecture and for reviewing military’s combat power to ensure its readiness and relevance to accomplish the mandated roles. The urgency underscores the concerns of the new administration on the increasing home-grown Islamic radicalisation and a belief that the US is no longer winning the war on terrorism. The global war on terrorism, launched post the 9/11 strikes, has failed to contain the scourge. Islamic fundamentalism has continued to proliferate and even penetrate the western societies.

2016 witnessed some of the deadliest attacks by the Islamic terrorists in Europe and the US. In just three major attacks by Islamic State terrorists in Belgium, France and Germany, more than 130 innocent lives were lost and 830 got injured. The US, too, saw a rise in the violence perpetrated by the Islamic ‘lone wolves’ in which 50 people were killed and 102 injured. The most gruesome incident was the Orlando nightclub shooting, wherein a gunman, owing allegiance to Islamic State, shot dead 49 people and grievously injured 53. Till late last year, the federal authorities were reportedly investigating more than 1,000 cases related to Islamic State terrorist network on the US soil.

To achieve President Trump’s counterterrorism vision, the US will have to revive its operations overseas in concert with the host countries and coalition partners. The current battlefields in Afghanistan-Pakistan region will have to be reinforced and not abandoned till the mission is accomplished. Iraq-like premature pullout from Afghanistan and other future battlefields could be disastrous, not just for the affected regions, but also for the entire international community. It is equally important that the Afghan security forces are empowered to fulfil their constitutional obligations before any drawdown. Islamic terrorists’ sanctuaries in the North African region and West Asia must also receive the requisite attention in the president’s new counterterrorism strategy. 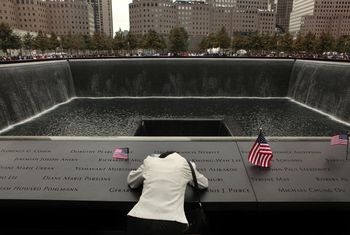 The reported presence of sleeper cells formed by home-grown radicalised and subverted elements on the US soil, along with the infiltration-prone border with Mexico, calls for strict measures in the realm of homeland security. With the signing of executive orders on ‘Protecting the Nation from Foreign Terrorist Entry into the US’ and ‘Border Security and Immigration Enforcement Improvements’, actions are already afoot.

The orders on homeland security, besides the construction of a wall with Mexico, bar immigration from countries with ties to terror, viz Syria, Yemen, Sudan, Somalia, Iraq, Iran and Libya, for a period of 90 days. The authorities have been instructed to suggest additional names of countries after a detailed review. However, the new administration is unlikely to consider the countries that serve the president’s business interests and Pakistan in the review. Today, despite being the ‘breeding ground’ of jihadi terrorism, Pakistan has emerged as a critical success factor in the ongoing US operations in Afghanistan.

Eradicating Islamic terrorism would require a sustained and comprehensive approach, which in addition to intelligence, military, civic and law enforcement operations would demand addressing conditions conducive to the spread of terrorism. The support of the Muslim world in the multilateral campaigns would be a strategic imperative. Therefore, the US administration will have to be cautious in its approach and refrain from painting the entire Muslim community with a broad brush. The hastily worded executive orders have already created avoidable turbulence on the domestic and international fronts.

Winning a war of minds and ideas will be an extremely long haul. The US would do well to remain wedded to the vision and not change it with the change in guard.