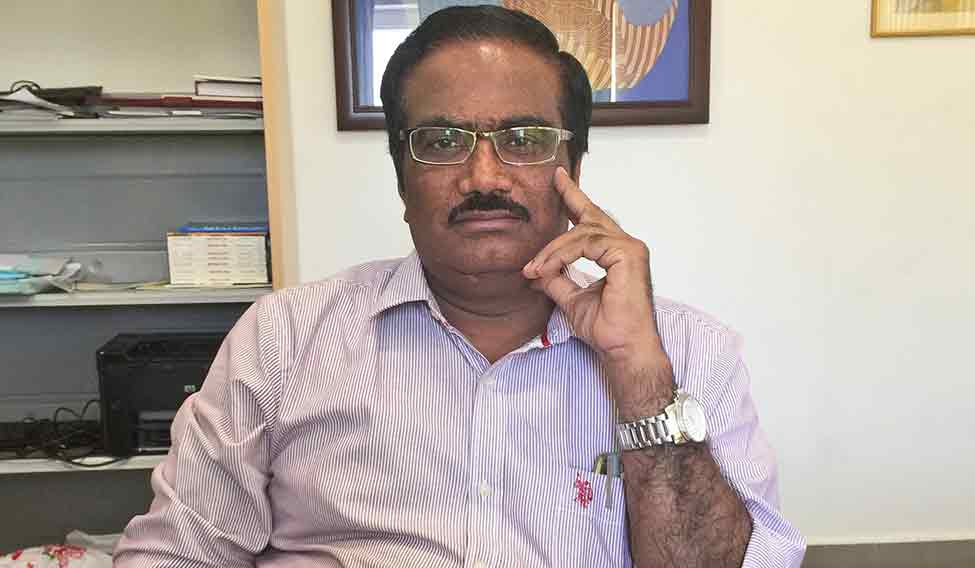 Prof Appa Rao Podile has become a household name since the suicide of dalit PhD student Rohith Vemula on January 17. His actions prior to and after the suicide have been the subject of much controversy. Rao has been accused of being anti-dalit and of pandering to the BJP, and his administrative skills have been questioned.

Soon after he was appointed vice chancellor of the University of Hyderabad in September 2015, Podile suspended Vemula and four other dalit PhD students from the hostel and common areas. The students, who were members of the Ambedkar Students Association (ASA), had got into trouble in the first week of August for protesting the hanging of Yakub Memon, who was convicted in the Mumbai blasts case of 1993. On August 3, they held a demonstration on the campus, condemning an attack by the Akhil Bharatiya Vidyarthi Parishad (ABVP) at the screening of the documentary Muzaffarnagar Baaqi Hai in Delhi University. The ABVP president of the University of Hyderabad, Susheel Kumar, wrote on Facebook that the ASA members were 'goons'. There was a confrontation between the two student organisations, and Kumar was forced to write an apology in the presence of the university’s security officer. The next day, he was hospitalised, and the ABVP lodged a police complaint alleging that ASA members had manhandled Kumar.

On August 5, the university set up an inquiry against Vemula and the others. While five of them were suspended, Kumar was let off with a warning. The issue turned political on August 17, when Union Labour Minister Bandaru Dattatreya wrote to HRD Minister Smriti Irani urging action.

The suspended students felt alienated. In December, Vemula wrote an angry letter to Podile, sarcastically requesting him to euthanise dalit students. On January 3, they were expelled from the hostel. In protest, they set up a tent on campus and held a “relay hunger protest”. Vemula's friends say he was going into depression as he felt defeated by the system. He blamed himself, his caste and his circumstances, and two weeks later, expressed similar sentiments in his suicide note.

Podile's treatment of dalit students had come under the scanner in 2002, when, as chief warden, he controversially rusticated ten dalit students from the hostel. He denies allegations of indulging in caste politics. “I have good friends cutting across caste and community lines,” says Podile. “I do not like to discriminate people on the basis of their identities. The accusation that there is caste politics in the University of Hyderabad is not correct. In fact, the University of Hyderabad scored maximum in the recent national rankings in 'outreach and inclusivity' that included gender, geographical diversity in the student community, facilities for the differently-abled, and percentage of students from socially/economically backward communities.”

Podile disassociates Vemula's suicide from his sufferings on campus because on account of his being a dalit. “Suicide is a tragedy irrespective of the caste to which the student belongs,” says Podile. “I am not an expert to comment on the reasons behind Rohith's extreme step. I would rather let the court and experts analyse the reasons.”

Podile is a senior faculty member in the department of plant sciences, and part of several governmental scientific committees. A few years ago, he was accused of plagiarism, which, he says, was “unintentional and by oversight”.

His appointment as vice chancellor was controversial, too. It was alleged that he got the job because of his closeness to Union Urban Development Minister Venkaiah Naidu. But Podile says, “Regarding my appointment as vice chancellor, a highly distinguished committee has worked to suggest a panel for the university from more than 190 applications.”

When asked if he took action against Vemula and the others to please the BJP, he says, “It would be wrong to cast aspersions on my working without any evidence to substantiate it. I am a vice chancellor representing all students. This university belongs to all students.”

Much as he tries to distance himself from the suicide, calls for his resignation are increasing. But he refuses to quit, saying he will await the court's decision. No politician rushed to the scene of on-campus suicides during other regimes, he argues. In Vemula's case, top leaders arrived at the university in no time.

INTERVIEW
My conscience is clear
By Lalita Iyer

You have earned numerous accolades for your academic work but have been called a misfit when it comes to administration.

I do not know who declared that I am a misfit in administration. I will let my term as vice chancellor speak for my abilities. My colleagues in plant sciences would be able to say more about my administrative abilities during my tenure as head of the department. The students who lived in hostel when I was the warden would also know about my administrative abilities. With the support of the university, our team of wardens improved the food quality, provided better infrastructure for the kitchen staff, organised workshops for staff, installed equipment to improve efficiency and hygiene, built new hostels and encouraged greenery around the hostels.

You are an ambitious man with good political connections. Did you take this stand against the five students keeping the political support in mind?

I am a teacher interested in agricultural research and enjoy motivating students. Ambitiousness allows one to aspire for the best. My ambition is limited to that. Whatever I do, is with concern for the university. I have come up on my own. I draw strength from my support base which comes from the faculty and students.

When you returned from leave (taken after Rohith Vemula's suicide), the first thing you did was to remove a statue erected in Vemula's memory.

My return was unavoidable as the university would suffer in the absence of the appointed vice chancellor and several important things would have come to a standstill. Loss of a child is always painful and, many times, the pain is not visible to the outside world. We will decide on sensitive issues after consultations with all concerned.

What does your conscience say about your treatment of the issue?

My conscience is clear. I have not done anything that the university should not have done. Sometimes, what is reported in the media might not be the reality.