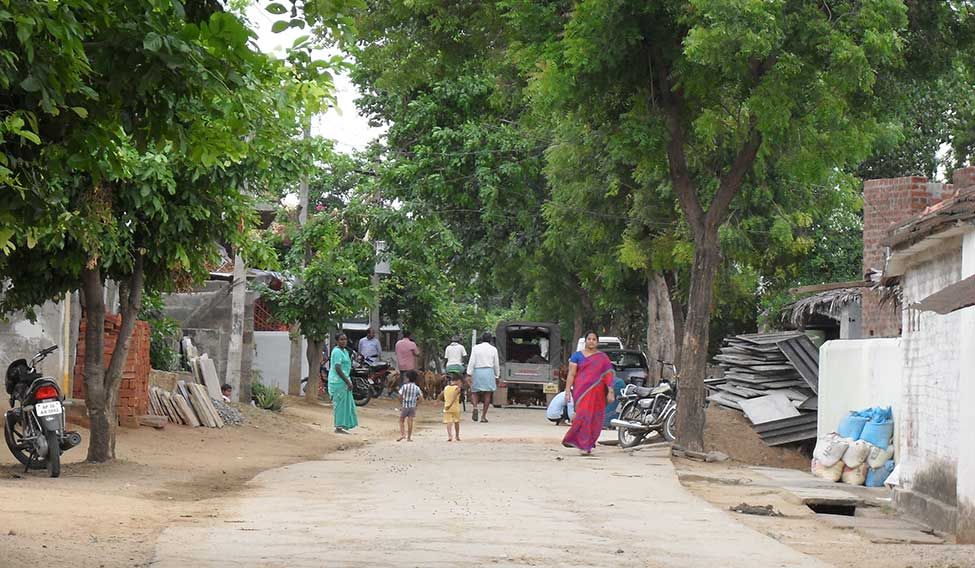 Clean and green: Gangadevipalli was adjudged India's best panchayat in 2007.

As part of the plan, three villages—Gangadevipalli in Telangana, Punsari in Gujarat and Hiware Bazar in Maharashtra—were declared model villages in August. Gangadevipalli was selected for its practice of organising villagers into committees for the betterment of the village. Also, it was from here that, on August 17, Telangana Chief Minister K. Chandrasekhar Rao launched his Grama Jyothi programme.

The village, with a population of 1,352, is not new to such recognition. In 1995, impressed by the civic sense of its people, the government upgraded it to a special panchayat. It was also adjudged India's best panchayat in 2007 by the Union government.

The village became famous when, for two terms between 1995 to 2006, it was run by an all-woman panchayat. Even the men say there was a certain calmness when the women were at the helm. The village has enforced an alcohol ban for 25 years, has 100 per cent literacy and has a toilet in every house.

In 1993, as Gangadevipalli was getting noticed, Bala Vikasa, an NGO, walked in with a proposal. The village had severe water scarcity and the NGO offered to build two water tanks. The only condition was that the villagers would have to bear 15 per cent of the cost, which was Rs52,500. Sarpanch Koosam Rajamouli, then a youth leader, called a meeting and placed the proposal before the people. But, they were suspicious. When the government was not helping, why should a private organistaion do so? Rajamouli, however, did not give up. “Be it the water tanks, toilets in every home or the bare necessities, we believed in unity,” he says. “It was not easy to bring everyone together, but we did not give up. When they saw the results of working together and recognised the need for development, the critics, too, started joining us.”

Once the tanks were built and people started getting tap water in their houses, the doubting Thomases wanted to join. Rajamouli said yes, but added a condition. The original price for a water connection was Rs1,000 but, as a fine, they would have to pay Rs1,500 and the next lot would have to pay Rs2,000.

Says Singareddy Shoury Reddy, executive director of Bala Vikasa: “We stressed the need for asset-based community development. We motivated everyone to contribute in the development works and this became the root of the achievements of this village.”

Rajamouli soon formed 25 committees for water, health, street lights, etc. The members change every two years and new members are elected by a voice vote. Each committee has ten members, and each member looks after the requirements of ten families.

“The committees have given a sense of responsibility to the villagers,” says Rajamouli. “Every committee has women on the team except for the street lighting committee, which involves late nights and pole-climbing. We did not want to do it for any award. We did it because we wanted to be a model village.”