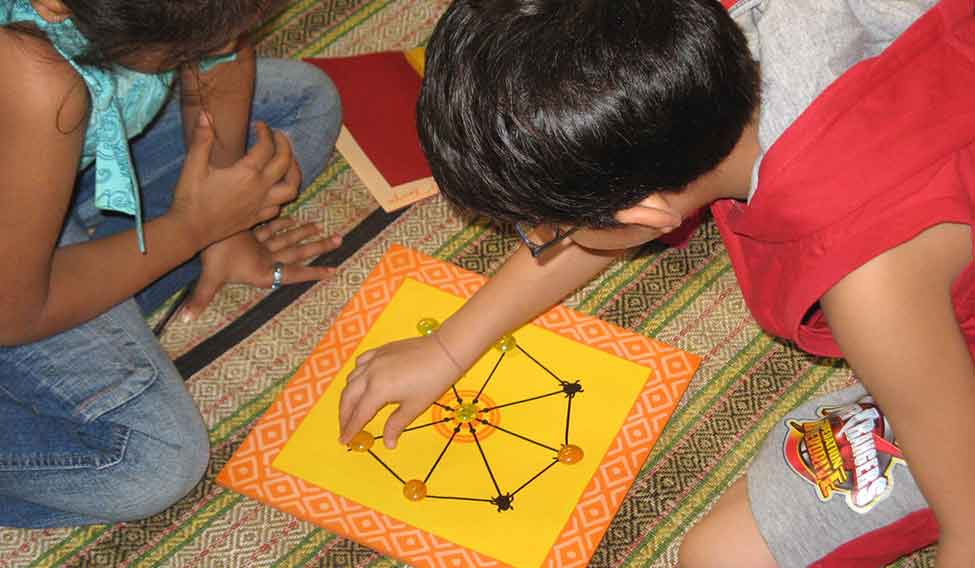 Entrepreneurs and enthusiasts are trying to rescue traditional boardgames from oblivion

Once upon a time in India, boardgames were all the rage. Take Satyajit Ray’s Shatranj Ke Khilari. The film is set in 1856, when the kingdom of Awadh was under a treaty of friendship with the British. Its ruler, Nawab Wajid Ali Shah (Amjad Khan), is an extravagant man who prefers arts to matters of the state. Parallel to the story of him being overthrown is the tale of two noblemen of Lucknow, Mirza Sajjad Ali (Sanjeev Kumar) and Mir Roshan Ali (Saeed Jaffrey), who are so obsessed with the game of chess that they neglect their families. When they learn about British troops marching towards Lucknow to annex Awadh, Mir and Mirza decide to abandon their families and run off to a remote village, where they can spend the rest of their lives playing chess.

Such was the popularity of boardgames in the past. But now, in the age of PlayStation and smartphones, traditional boardgames have lost some of their lure. But not all of it, thanks to people like R. Gyaneshwar Singh of Mysuru. Known as RGS among the city’s culture vultures, Singh and his Ramsons Kala Pratishtana Trust have been instrumental in reviving interest in traditional boardgames through exhibitions and workshops.

Through an initiative called Kreedaa Kaushalya, started in 2007, he and his colleagues have taught thousands of men, women and children how to play traditional games. “In the past, recreational activity centred on boardgames like Ali Guli Mane (Pallanguzhi in Tamil), Pagade, Pachisi and so on. There was no home that did not have at least one boardgame like Ludo and Snakes & Ladders,” says Singh. “The rapidity of social and cultural change soon led to many game boards being relegated to the attic or storeroom. Couldn’t these games be revived? It was as an answer to this question that we created an annual traditional boardgames festival…. The first exhibition, Kreedaa Kaushalya, was held in 2007 at the Pratima Gallery in Mysuru. Since then, it has been a fixture in the city’s calendar.”

Several organisations are now working towards reviving interest in traditional boardgames. Chennai-based writer Vinita Siddharth founded a company called Kreeda after a series of newspaper reports she wrote about traditional boardgames got enthusiastic response. It inspired her to make traditional toys and games and display them at a local store. They were sold out in no time. “This was a huge learning for me,” says Vinita, whose Kreeda is now a well-known name in the traditional toys market. “I work with three to four dedicated employees who work on this with a lot of interest.” 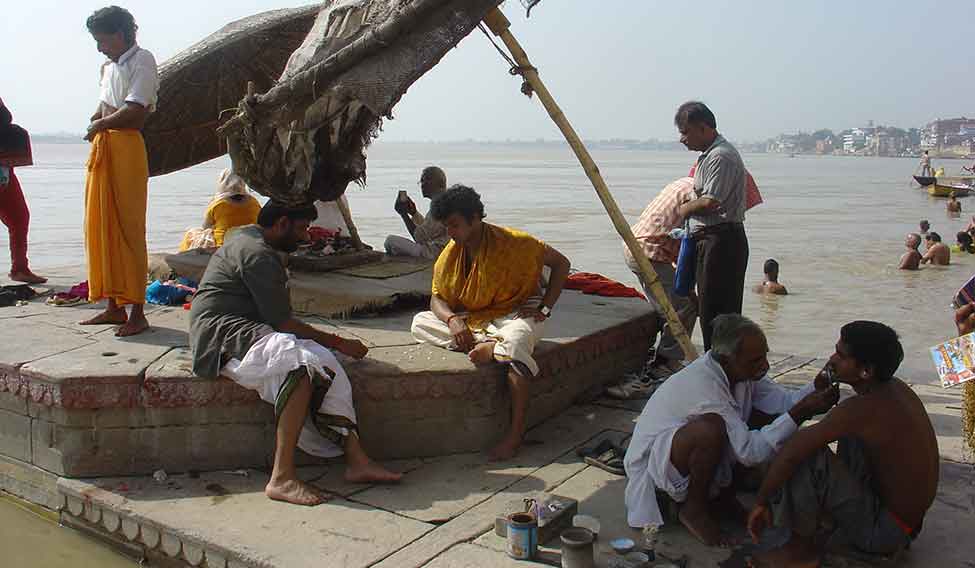 Gyaneshwar Singh playing a game of Dash-Guti at a ghat in Varanasi.

Mumbai-based boardgame enthusiasts Manisha and Vaishali Gadekar launched KEC Games in 2009 to give children a taste of desi games. “We knew we were swimming against the tide,” says Manisha. “Plastic, mechanised and digital toys had become all the rage. But we just went on with our search for indigenous toymakers.”

In 2008, they found the artisans they were looking for, and manufacturing began. A year later, they were ready with their first batch of indigenous toys and games. Today, KEC Games offer as many as 40 game kits, priced between Rs 100 and Rs 700.

Recently, they introduced Saap-Seedi (a regional version of Snakes & Ladders) printed on a cloth that can be rolled up after use. “It has been designed by Gond craftsmen and the ink is made from soya oil,” says Manisha. “One of the strongest plus points of these Indian-origin games is that they are environment friendly. There is not a trace of plastic in any of the game kits. They are made of natural material like wood, cloth and palm leaf.”

In this era of virtual games, says Gyaneshwar Singh, people are excited when they see, touch and unfurl a Pagade game-cloth created in Kalamkari. “Rubbing the twin wooden dices between your palms and rolling them on the floor are so much fun when compared to touching a button on your iPhone,” he says.

It is no wonder then that boardgames are slowly making a comeback. “It may be surprising to know that the most boisterous and positive response has been from the IT crowd,” says Singh. “A group of technocrats recently picked up a dozen of these games to play at their annual get-together.” 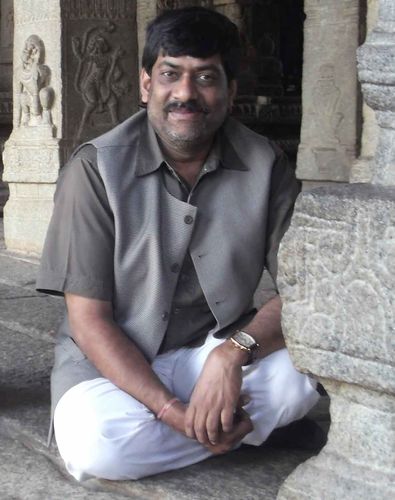 Man and his moves: Gyaneshwar Singh.

K.S. Sreeranjani of Bengaluru started Kavade Toys in 2008 “to fill a gap that needed to be filled” in the gaming market. “If our generation gives these games up, they would become extinct,” says Sreeranjani, a mother of two who holds a master’s in applied genetics. “My sons have their share of gadgets and this is not a battle with technology. We need it [traditional games] in our lives. This is to show that there is alternative entertainment available.”

THE INITIATIVES TO spread awareness of indigenous games are benefitting artisans, too. The Ramsons Kala Pratishtana Trust has identified around 35 “craft clusters” across the country and handpicked those suited for crafting boardgames. “Each board is crafted by traditional craftspersons,” says Singh. “For example, the Pagade boards are made by Kalamkari craftspersons of Srikalahasti [in Andhra Pradesh]. The wooden dices are made by craftsmen of Saharanpur [in Uttar Pradesh], while the counters are made of lacquerware by artisans of Channapatna [in Karnataka]. Each piece has an individuality of its own and that is what makes them unique. All materials used in creating the boards and game accessories are natural and eco-friendly. These aspects make these boardgames more expensive than mass-produced, eco-unfriendly toys. Hence, our products come under the tag of luxury. Yes, this [pricing] is a major concern, but we try to keep the project afloat because of our passion.”

Thanks to the time-consuming process involved in crafting the accessories, the Ramsons Kala Pratishtana Trust does not produce more than 800 game kits a year. “We don’t want to use mass methods of manufacturing,” says Singh. The price of the kits ranges from Rs 300 to Rs 20,000. There are large, expensive pieces like the Mancala game board, which has 14 pits made in brass and can be used as a showpiece.

The indigenous games have found a wide variety of takers—from students and teachers to professionals and even doctors. Vinita says Pallanguzhi is a great way to learn mathematical concepts and, as it involves touching and feeling the accessories, is prescribed by the Kerala-based ayurveda centre Kottakkal Arya Vaidya Sala to help patients who have arthritis. “Interestingly,” says Gyaneshwar Singh, “The Journal of American Medical Association and The Lancet have suggested that playing these traditional boardgames could lead to a drastic reduction of the risk of many forms of dementia in the elderly.”