Halftime review: The insecure woman behind the diva, Jennifer Lopez

Lopez says that her whole life, she has been battling to be taken seriously 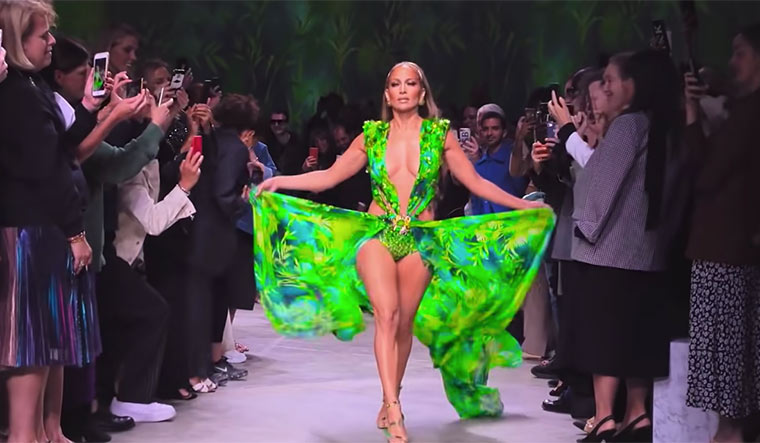 When Jennifer Lopez says in Halftime, the new documentary on her, that she is afraid to look too sexy because then, she will not be taken seriously, you kind of get what she means. Despite the astronomical fame that she has achieved, it has not always been for the right reasons. From her clothes to her curves, everything has been grist for the tabloid mill. Her relationships have received more attention than her records or her roles. She has gotten over 10 Razzie nominations for worst actress or worst supporting actress. “It is hard when people think you are a joke,” she says. “One of the things I am proud of is that I am able to hold it together, without anyone knowing [how much it hurts].”

The documentary follows Lopez’s life from the time she celebrates her 50th birthday in July 2019 to the Super Bowl half-time show she co-headlined with Shakira in 2020. It is a defining phase in her career. She gets her first Golden Globe nomination in 20 years for her role in Hustlers (2019), which she also produced. She might even be in the race for an Oscar. And then there is the Super Bowl. “I feel like my life is just beginning,” she says. “My whole life I have been battling and battling to be heard, to be seen, to be taken seriously.”

Things, however, do not pan out as she hopes. The Golden Globe goes to Laura Dern, she fails to get an Oscar nomination and is forced to cut short her performance at the Super Bowl. There are poignant moments—like when she reads aloud a review of Hustlers by Glamour magazine. “It is thrilling to see a criminally underrated performer get her due from prestige film outlets,” writes the reviewer. At this point, Lopez breaks down. One might have thought the glowing review would elicit a smile, but over 20 years of being turned into a punchline has taken its toll.

The film is placed in the backdrop of a changing America under President Donald Trump. There are montages of broken fences, immigrant children torn from their mothers, widespread protests…. A shaken Lopez is determined to send across a strong message that as a Latino woman whose parents hailed from Puerto Rico, she is just as American as anyone else. So, she conceptualises the idea of Latino children emerging from cages at her Super Bowl performance, symbolising freedom for the next generation of immigrants. The NFL guys, however, are not pleased. They veto the idea because they want to keep the Super Bowl as non-controversial as possible. Lopez is crushed, but she still delivers a stellar performance, making it the most viewed Super Bowl half-time show ever.

There are moments when the narrative rambles, and you are not sure what is the point being made. There are also glaring gaps. Very little, for example, is said about Lopez’s family, films outside Hustlers or her on-off relationship with actor Ben Affleck. But then, this was never meant to be a biopic. The documentary positions Lopez as a woman who, at 52, is just beginning to live her life. “I have got so much more I want to do,” she says. “I’m not done. Not even close.” Her life so far—the triumphs and the failures, the fame and the ridicule—might just be the preface to something bigger, better. In that way, Halftime is more about who Lopez is going to be than about who she is now. It might be half-time, but the show must go on. The best is yet to come.