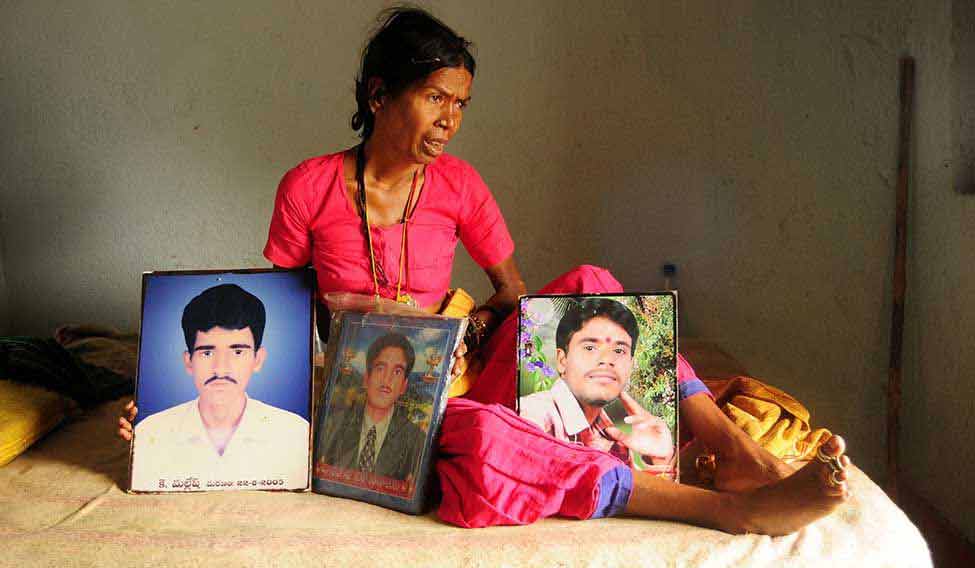 On a sunny day, Peddakunta Thanda in Mahbubnagar district of Telangana looks idyllic, with clean little houses surrounded by greenery—the beauty reflecting off the mirror work on the traditional attire worn by the Lambadi women here. But look closely, and the women's faces reflect their tragic lives. This hamlet with 42 houses is known as the village of widows. The numbers vary, but every household has lost a male to fast-moving vehicles on National Highway 44. In some households, the death toll is higher.

“We did not have this issue earlier when this was a single road,” says Korra Asli, who lost her husband, Korra Madhu, on August 28, 2001. The problem started when the expressway between Hyderabad and Bengaluru was built. The village lies in a low-level area, and to reach the highway, people have to ride over a slight gradient, which was earlier just an uneven tract of land—full of stones, potholes and gravel. The villagers would ride their motorcycles at high speed and lose their balance. The lack of streetlights on the highway and most men in the village being heavy drinkers added to the high mortality. The villagers had demanded a service road for a safe access to Nandigam, the panchayat headquarters 5km away, but that never materialised.

“They all die late at night while returning from work or from another village,” says Asli, who has an eight-year-old son, Santosh. “In hit-and-run cases, we are not able to catch anyone. Even we get to hear of the deaths much later.” Her father and brother, too, died in accidents.

There are many such stories. Korra Shanti lost her sons, Shankar and Ravi, and son-in-law Gopal on August 30, 2009. Lalita, her daughter, now works at a nearby pharmaceutical company to take care of her three children. The villagers have been hounding Shanti to send Lalita to her in-laws' village, but Gopal's parents have refused to take her back.

There are no more tears, but only a sense of desperation. Though the women want to work, jobs don't come their way easily as they are seen as harbingers of bad luck. And if they do find a job, they are asked to come in saris and not the colourful Lambada skirt and backless choli because “the colour, mirror work and skin can be distracting”. Then, there are those who prey on them, knocking on their doors at odd hours, hoping the transaction is quiet and smooth.

Though the Lambadas were given land, they are a nomadic tribe and agriculture is not their forte. Before long, they had sold their lands for Rs.40,000, which seemed like a fair price then. But now, the women are regretting the decision made by their men. Luckily, they have built pucca houses, but the government is yet to reimburse. The anger against the government is palpable. “What has the government done for us?” asks Pattadi Bujji, a widow with two sons, one of them mentally challenged. “We have no toilets, the water we drink comes from a borewell and now that is polluted. There are no auto-rickshaws available because it is the highway and there are no local buses either. So we have to get on the highway and try our luck or lose our lives.”