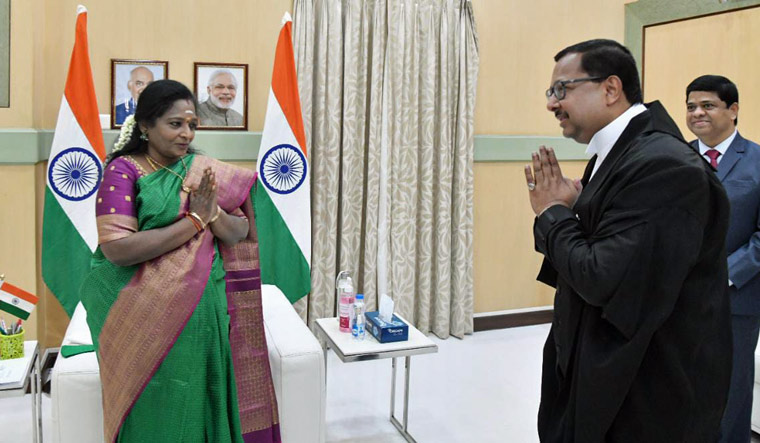 Justice Ujjal Bhuyan was sworn in as the Chief Justice of Telangana High Court on Tuesday in a ceremony held at Raj Bhavan here.

Chief Minister K Chandrashekar Rao and some of his cabinet colleagues, Union Minister G Kishan Reddy and senior officials were present on the occasion.