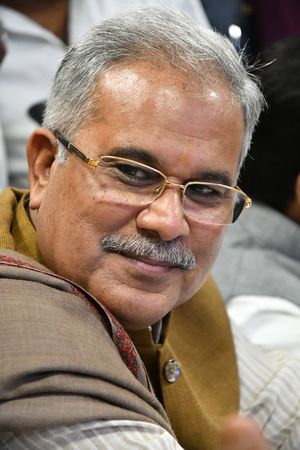 Bhupesh Baghel says the Centre has been creating hurdles for the states both financially and administratively. According to the Chhattisgarh chief minister, the Narendra Modi government has been responsible for the rise in Centre-state tensions during the pandemic. The Union government centralised all decision-making in the beginning, and when it came under criticism, chose to put the onus on the states. He said the parties heading state governments, even though they come from different ideological streams, will have to come together to safeguard states’ interests.

Q/ Do you think the Centre-state relations have  worsened of late?

A/ In a federal structure, the role of the Centre is that of a protective elder brother. But the Modi government has acted as a domineering big brother.

Chhattisgarh is an agricultural state, and paddy is the main crop. The Centre said that if we pay a bonus to farmers, the crop will not be procured centrally. This year, 60 lakh metric tonnes rice was to be procured, but they are taking 24 lakh metric tonnes only. We were forced to auction the remaining quantity at Rs1,400 per quintal, incurring a huge loss.

The Centre owes us Rs4,104 crore as fine collected from the mines in Chhattisgarh. We have been demanding it for the past two years. Similarly, we are yet to get our share of Rs18,000 crore from the Central excise pool. They have been hurting us financially, too.

They are creating hurdles for all the states, whether they are BJP [ruled] or non-BJP [ruled].

Q/ So both the BJP and non-BJP states are having problems.

A/ Yes. For example, paddy cultivation takes place in Chhattisgarh, which is Congress-ruled, as also Bihar, which is under the [BJP-led] National Democratic Alliance. So both are affected. But when it comes to the central investigating agencies, they seem to focus only on non-BJP states.

Q/ The tension appears to have grown during the pandemic.

A/ The Centre is responsible for this. In the beginning, it kept everything under its control. We had to take permission from the Centre for declaring containment zones or opening testing centres. And, when they could not handle the situation, they left everything to us.

Vaccines have always been provided by the Centre, be it for polio or other diseases. But, when it was felt by the Centre that it had bungled in procuring Covid-19 vaccines, it made the states responsible for procuring them. It was after the Supreme Court came down heavily on the government that the prime minister announced that the Centre will buy vaccines for all.

Q/ You had demanded Central financial assistance in the wake of the pandemic.

A/ We demanded Rs36,000 crore from the Centre, but we got funds only from the disaster relief fund. Apart from that, we did not get anything. We do not know whether the Centre will refund the money we spent on buying vaccines.

Q/ Are you satisfied with the vaccination procurement policy announced by Modi?

A/ So far, there has been no discussion between the Centre and the states on how the vaccines will be distributed. Also, to limit vaccination to people with access to Cowin app is very restrictive. In my state, 40-45 per cent of the area is under forest. There are vast areas where—forget about internet connectivity—there is no phone connection. How will all these people get vaccinated?

Q/ The Centre has been criticising the states for wastage of vaccines.

A/ The Centre is responsible for the wastage. When there was scarcity of vaccines in the country, they sent it abroad. Also, vials are marked for a certain age group. If there are doses remaining, we cannot administer them to another age group. The criteria are faulty.

Q/ Recently, we saw intense confrontation between the Centre and the West Bengal government.

Regarding transfer of IAS and IPS officers, concurrence of the state government is sought. It was highly irregular to transfer the West Bengal chief secretary one day before his retirement, and that, too, after you had yourself given him an extension in the state.

Q/ Should the states come on a common platform to press their demands?

A/ There are parties with different ideologies. It has never been our aim to fight with the Centre. But, if all the states are getting affected [by one issue], we can come together.

Q/ The states have been up in arms in the Goods and Services Tax council.

A/ The finance ministers of Congress-ruled states had forcefully demanded reduction of GST on Covid medication and equipment. When a group of ministers was formed [to address the issue], the very people who had raised the demands were kept out of it. It was blatantly unfair.

Q/ What is your advice to Modi on improving Centre-state relations?