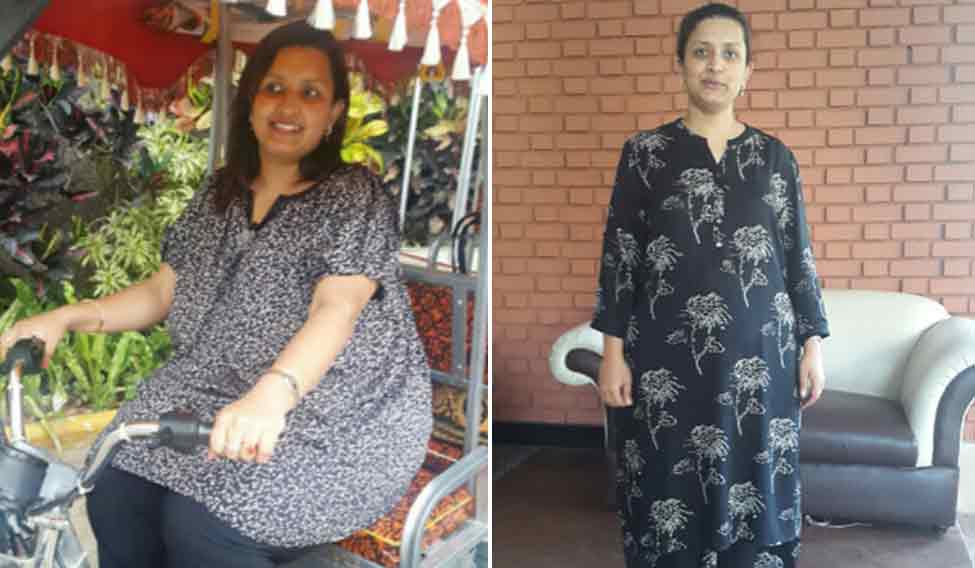 Sadhana Paruthi was a chubby child. She didn’t lose the baby fat even when she was in college. Married at 18 into a Punjabi joint family, her weight kept rising. However, it was the birth of her second son that really set a weight record of sorts. “No matter what diet or workout I tried, I lost only two to three kilos at the end of three months, and I was left tired and hopeless and would gain all the weight back,” she recalls. She once weighed 116kg; she felt ugly and was the butt of all jokes. “I remember going for shopping and hating myself because I couldn’t fit in normal-size clothing,” she says.

Also, the diets she tried only made her feel worse. She was put on a protein diet, which was all about eating only moong dal chilla. Instead of feeling lighter, Paruthi felt bloated and gassy. She was also low on energy. “At that time, I was just living for the sake of living,” she says. “There was no joy in anything.” Her husband was supportive, but was slowly losing belief in the success of her efforts.

At last, Paruthi heard about Mumbai-based nutritional therapist Rachna Chhachhi, who asked Paruthi to stop eating food that cause inflammation like wheat and dairy products. She gave a combination of food items that need to be eaten together and a list of supplements. Paruthi’s diet was now full of millets, salads, fruits and probiotic supplements.

In the first few months, her inflammation came down, and eventually in the span of a year, she lost 25kg. She also gained confidence and started a regular workout regime of walking, yoga and light exercises to be done at home. Her transformation initially inspired six members of her family to join Chhachhi’s programme. Today, the entire family follows the diet and exercise regime. “Our family is on a revolution,” says Paruthi. “The best thing is that we all love what we are eating and we promote our lifestyle to other families who are suffering from health problems.” Though she has to lose another 10kg, her skin glows and she feels young and light. More important, Paruthi says she has regained her love for life.