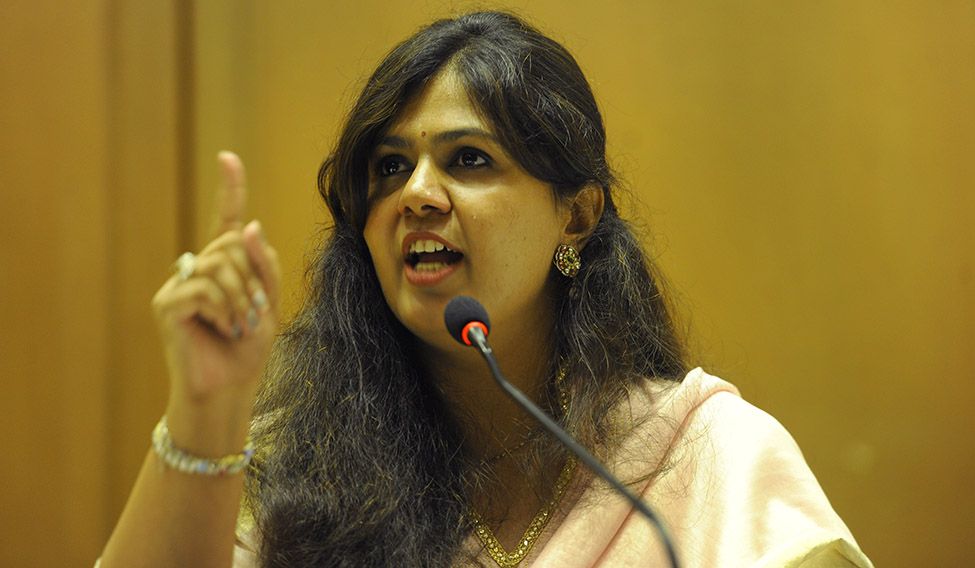 Maharashtra's Women and Child Development Minister Pankaja Munde was defiant at her first press conference at the Sahyadri Guest House, after she was accused of being involved in a Rs206-crore procurement scam. Refuting the opposition's charges point by point, she said all allegations were politically motivated and baseless. “There is no irregularity of a single paisa in this case, I am ready for any kind of inquiry,” she said.

In late June, when Munde was away in London, Congress leader Sachin Sawant filed a complaint with the state anti-corruption bureau saying e-tenders were not floated for contracts worth over Rs3 lakh. Munde claimed that e-tendering was not required as it was the continuation of an existing tender.

"Also the contracts were cleared in February and the norm for floating e-tenders came only in April," she said. She said if she had not taken the “bold and dynamic” decision to award contracts, funds released by the Centre would have expired. “I took the decision so as to not deprive children of their nutrition," she said. Munde said the contractors were the same ones who supplied goods during the Congress-NCP regime, when purchases worth Rs114 crore were made.

She said she would not resign over the issue. “These are just allegations, there is no proof to back these up,” Munde said. “But I will do whatever my party leader asks me to do.” She claimed to have the support of the chief minister. Of other cabinet ministers, only Housing Minister Prakash Mehta joined her during the media briefing. And, he arrived an hour into the briefing.

Your form could not be submitted.
This browser settings will not support to add bookmarks programmatically. Please press Ctrl+D or change settings to bookmark this page.
Topics : #Dangerous silence | #Maharashtra | #BJP | #corruption