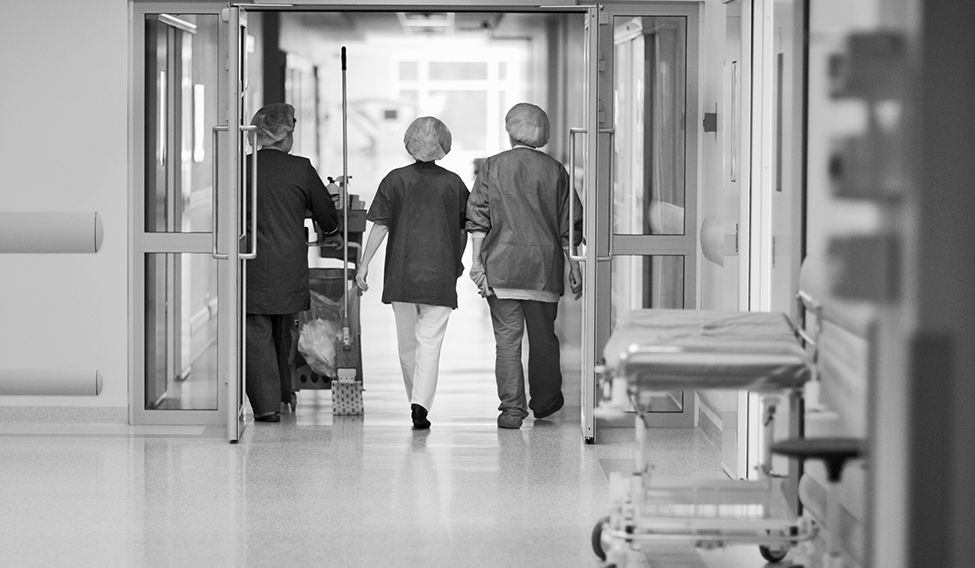 Stories of wrong diagnosis, inflated bills, unnecessary investigations and medical negligence leading to complications are legion but most doctors prefer not to talk about it. A group of doctors, however, has broken the silence on malpractice and corruption and become whistle-blowers.

In the book Voices of Conscience from Medical Profession by Dr Arun Gadre and Dr Abhay Shukla, of Pune-based health advocacy organisation SATHI, 78 doctors reveal how unnecessary treatment, kickbacks for referrals and bribes from the pharmaceutical companies have become common practice.

“All the doctors I spoke to were frustrated by the state of affairs in medicine,” says Gadre, who interviewed the doctors in the first half of 2014. “Even though they remained ethical they said their reputation was being muddied because of others’ actions. They, too, need to prove their honesty often.”

A gynaecologist, Gadre worked in a small town called Lasalgaon in Nashik for 20 years. Inspired by the work of the social reformer Baba Amte and his son Dr Prakash Amte, Gadre tried to provide quality health care to those who didn’t have access to it. However, he realised that he was getting fewer patients as other doctors were sending them to bigger private hospitals 70 kilometres away. The doctors had fallen for the ‘30 to 40 per cent cut’ offered by the hospitals’ marketing managers for every patient they referred to them.

“I was stunned that they could be so upfront about offering kickbacks without any guile. I had to threaten a marketing manager when he approached me,” says Gadre, who then joined SATHI. It was while discussing the issue at SATHI that Gadre thought of bringing out a compilation of views expressed by different doctors. The book, containing interviews of doctors from Delhi, Mumbai, Pune, Bengaluru, Kolkata and a few smaller towns, reveals the rot in the system.

In one interview, Dr Rajendra Malose, general practitioner at Chandvad in Nashik, discloses that the rate for referring patients for angioplasty is Rs30,000 to Rs40,000. He also gives an insight into the mind of these doctors, who boast at parties about how a ‘lamb’ was caught and slaughtered during what they call a ‘slack season’ when the number of patients is less.

According to Dr L.R. Murmu, professor of general surgery at All India Institute of Medical Sciences, New Delhi, a major difference between a public hospital and private hospital is that the former would not insist on surgery in cases where it might not yield any result. A private hospital, on the other hand, would conduct the surgery despite knowing that it would fail.

Some doctors wilfully misinform the patients. In the book, an ophthalmologist talks about patients who come to him for cataract surgery without any need for it. When he tells them they don’t have cataract, they don’t believe him because another doctor they went to had diagnosed it. They think that he is scared to perform the surgery. Another doctor talks about how the hospital’s chief executive officer sought an explanation why his conversion rate (patients needing surgeries or procedures) was just 10 to 15 per cent when the target set for him was 40 per cent.

Last year, the quasi-judicial Maharashtra Medical Council sent a show-cause notice to a prominent hospital in Mumbai for offering commission to doctors who sent patients for hospitalisation. The ‘reward’ offered was Rs1 lakh for 40 admissions, Rs1.5 lakh for 50 and Rs2.5 lakh for 75.

Dr Madhusudan Sarda, president of Vidarbha association of radiologists, told THE WEEK that he had filed a complaint against one of the association members for his “cut practice”.

“In our field there are two types of corruption. One is cut practice in which the doctors receive cuts or commission. The other is underpricing, which is used to lure patients away from ethical practitioners,” says Sarda. “Underpricing creates doubts in the mind of patients about doctors because they do not offer any rate reduction as they have chosen not to be part of the circle which is engaged in cuts and commissions.”

Some pharmaceutical companies have been aggressively marketing their drugs and offering foreign trips and cash rewards to doctors who fill their quota. Private medical colleges, on the other hand, charge high fees, forcing doctors graduating from these colleges to adopt unethical means to recover their ‘investment’.

In addition to commission, some doctors are now making direct demands. “A doctor told me that he was already giving a commission of 40 per cent to the general practitioners, but they were demanding a liquor party. How much more is he to give?” asks Gadre.

Today, 80 per cent of the health care needs are met by the private players. The need of the hour, say doctors, is the implementation of the Clinical Establishments Act, which prescribes a minimum standard of facilities and services provided by medical establishments. It also has a clause for regulating the rates for procedures and treatments. Passed in 2010, the act is yet to be implemented because of a delay in drafting its standards. “When it should have been done around two years ago, why is there a delay? Is it linked to the resistance from the private hospitals?” asks Shukla, coordinator of SATHI.

The Indian Medical Association, however, does not think that the act would bring about any change. “There are already 77 acts that are applied to clinical establishments,” says Dr K. Marthanda Pillai, the association’s national president. “Other than talking about the standard of treatment, the act is not required.”

Meanwhile, SATHI has initiated a national network of doctors to resist malpractices and press for reasonable regulation. Dr Arun Bal, leading diabetic foot surgeon in India, feels that there is immense pressure on doctors today. “The challenge is to fight these pressures and do ethical practice,” he says. “But doctors form around 25 per cent of the health care system. Who will control and reform big hospitals that give commission to family physicians?”

The solution, says Bal, lies in creating a health care regulator. “We have a telecom regulator, we have insurance regulators, so why not a regulator for the health care sector?” asks Bal. “But, a body like Medical Council of India cannot be entrusted with the task. It has more than 100 members and half of them are nominees of universities and medical colleges. Health care needs should become a political issue and unless politicians realise that they could lose elections over it, real reform may elude us.”

Recovery route
Implementation of the Clinical Establishments Act, which would ensure minimum standard of facilities and services.
Strict action against doctors who are found guilty of malpractice.
Appointment of a health care regulator.