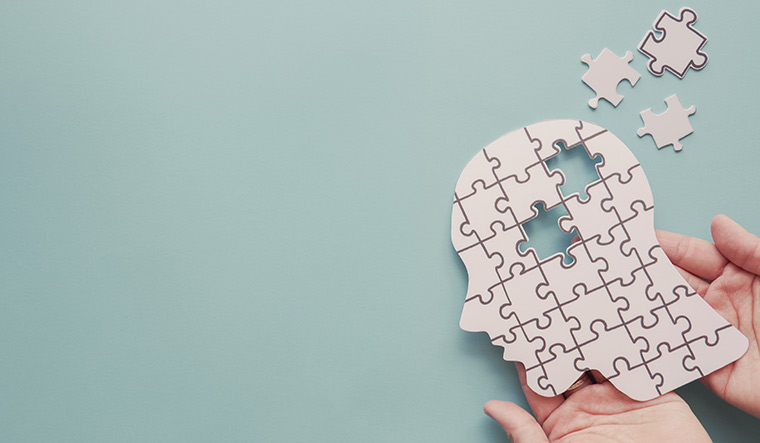 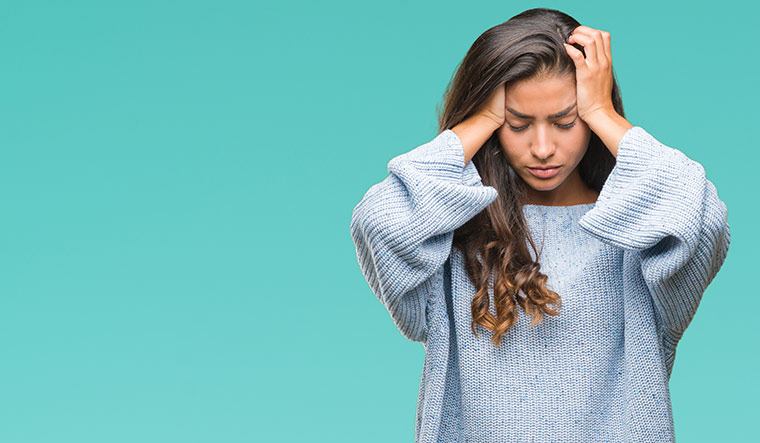 INFUSIONS OF THE LOCAL anaesthetic lidocaine may provide quick and lasting pain relief to people with chronic migraine that does not respond to other treatments, reports a study in the journal Regional Anesthesia & Pain Medicine. To assess the immediate and medium-term benefits of lidocaine, the researchers analysed the hospital records of 609 patients who were admitted with refractory chronic migraine. The patients experienced at least eight debilitating headache days a month for at least six months and failed to respond to other treatments. Of patients treated with lidocaine infusions along with other migraine medications, 87.8 per cent experienced rapid pain relief. The average pain rating reported by patients at the time of admission was 7.0, which decreased to 1.0 by the time of hospital discharge. The patients also reported significant drop in the number of headache days about one month after discharge. Adverse events were mostly mild. Some patients experienced nausea and vomiting during the infusions.

THE TRANSFER OF FATTY tissue to arthritic finger joints could provide lasting pain relief and improved strength, mobility, and hand function, according to a German study published in the journal Plastic and Reconstructive Surgery. Lipofilling is a minimally invasive procedure in which the patient’s own fatty tissue is taken from another part of the body, usually the upper thigh or hip area, and is transferred into the arthritic finger joints. The study included 18 patients, average age 60.8 years, who had tiny volumes of fatty tissue injected into 28 finger joints with osteoarthritis. Patients wore a splint around the treated finger and took pain medicines, as necessary, for a week. There were no infections or other complications. Hand function, pain scores and patient satisfaction were assessed over an average follow-up period of 44 months after treatment. Patients reported significant improvement in pain scores, which fell from a median of 6 points (on a 10-point scale) before treatment to 0.5 points at follow-up. “We believe that for our patients the reduction of pain represents the most striking and important result, which also has the most pronounced and highly significant effect,”the researchers noted. Grip strength of the treated fingers almost doubled, while force of fist closure and hand function to perform daily tasks also improved.

Compared to non-coffee drinkers, those who consumed moderate amounts of unsweetened or sugar-sweetened coffee every day were up to 30 per cent less likely to die from any cause during an average follow up of seven years 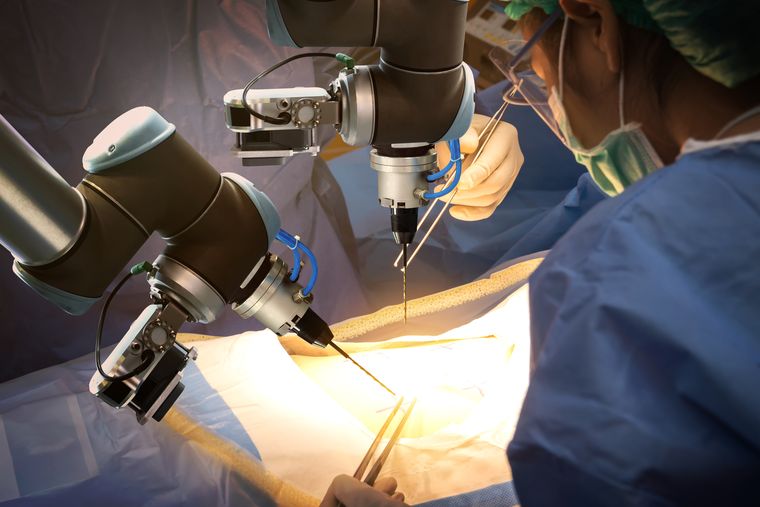 CANCER PATIENTS who had their urinary bladder removed and reconstructed by robot-assisted surgery had fewer complications, faster recovery, less time spent in the hospital, improved mobility and fewer readmissions compared to those who had open surgery. The UK study published in JAMA included 338 patients, average age 69 years, with non-metastatic bladder cancer. Half the participants had robot-assisted radical cystectomy (bladder removal) and reconstruction, while the other half had open radical cystectomy. Open surgery involves large incisions in the skin and muscle. But in robot-assisted surgery, surgeons make small incisions into which they insert minimally invasive instruments and a camera which allows them to work remotely using a console and guided by 3D view. The robot assisted group recovered faster and spent 20 per cent less time in the hospital post-surgery—eight days vs ten. Robotic surgery reduced the chance of readmission by over 50 per cent and patients in the robotic surgery group also had a four-fold (77 per cent) reduced risk of blood clots, which is a significant cause of health decline and morbidity, compared to patients who had open surgery. Secondary outcomes such as wound complications, quality of life, disability, stamina, activity levels, and survival were assessed at 90 days, six months and 12 months post-surgery. Robotic surgery group fared better or, at least equal to open surgery group. Cancer recurrence and overall mortality were similar across both groups.

Best time to exercise differs for men and women 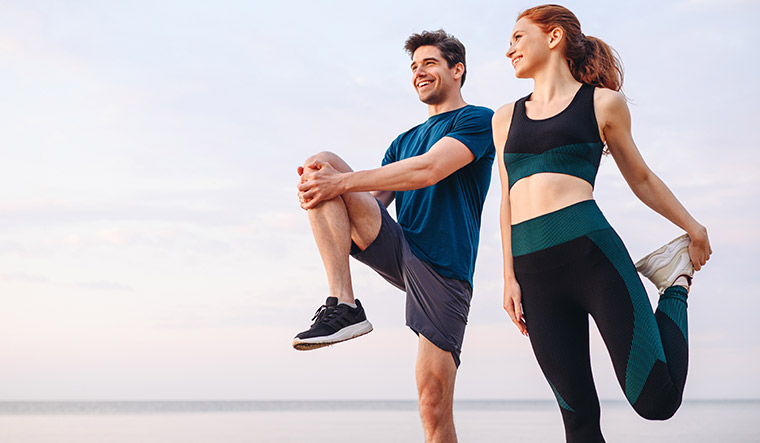 A STUDY PUBLISHED in the journal Frontiers in Physiology finds that the effectiveness of exercise differs between time of exercise, and between men and women. 30 women and 26 men, who were active and healthy with normal weight and between 25 and 55 years old, were included in the study. For 12 weeks, the volunteers participated in various fitness regimens, including resistance, sprint, stretching or endurance training. The participants also followed a specially designed meal plan. One group exercised for an hour between 6am and 8am, while the other group exercised between 6:30pm and 8:30pm. The participants’aerobic power, muscular endurance, flexibility, balance, and strength were assessed at the start and end of the study. Blood pressure and body fat as well as blood biomarkers, such as insulin and total and ‘good’HDL cholesterol were also assessed over the course of the study. All the participants improved their cardio-metabolic and mood health as well as performance over the trial period, irrespective of the time of the exercise. But the study clearly showed that exercise effectiveness differed for men and women depending on the time of day. The study found that morning exercise was best for women interested in enhancing total and abdominal fat loss, reducing blood pressure and increasing lower body muscle power, whereas evening exercise was ideal for women who wanted to improve upper body muscle strength, power and endurance, as well as overall mood and food intake. For men, exercising in the evening improved heart and metabolic health, as well as emotional wellbeing. Evening exercise helped lower systolic blood pressure and fatigue, and stimulated fat oxidation compared to morning exercise.

In addition to cancers of the lungs and throat, and respiratory diseases, men who smoke have a significantly increased risk of osteoporosis, with a 37 per cent increased risk of bone fractures which can further increase the risk of early death 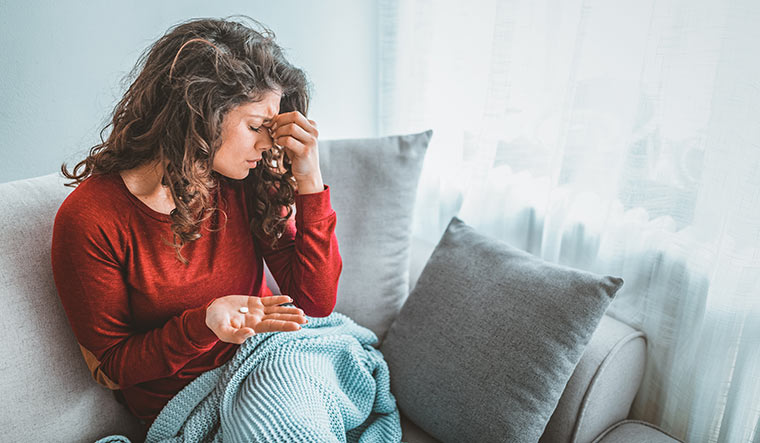 ANTIDEPRESSANTS are widely prescribed. But how effective are they in the long run? According to a Saudi Arabian study published in the journal PLOS ONE, taking antidepressants over a long term did not improve physical or mental health-related quality of life. The researchers used data from 17.47 million American adult patients with depression and compared the changes in quality of life reported by those who took antidepressants against those who did not take the medications. The average age of the participants was 48 years, and 57.6 per cent of the patients were treated with antidepressant medications. Quality of life surveys were used to assess both mental and physical health outcomes of the participants for two years following their diagnosis. The physical health issues surveyed included overall physical function and limitations, pain, overall health status, energy levels and fatigue. Mental health issues surveyed included the ability to socialise, emotional and psychological issues and overall wellbeing.

Being tall is linked to an increased risk for atrial fibrillation, varicose veins, peripheral neuropathy as well as skin and bone infections, and a lower risk of coronary heart disease, high blood pressure and high cholesterol 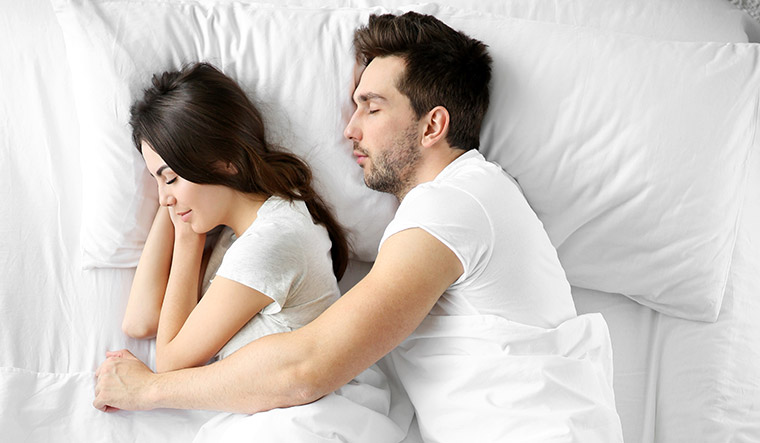 There is a growing trend among couples to sleep in separate rooms for a better night's sleep. But, according to a US study published in the journal Sleep, adults who share a bed with a partner sleep better than those who sleep alone. The findings of the study, which was based on data collected from 1,007 working-age adult, showed that those who shared a bed with a partner reported less severe insomnia, less fatigue, and more sleep time. They fell asleep faster, stayed asleep longer and had reduced sleep apnea risk. They also reported as having lower levels of depression, anxiety, and stress, and had greater social support and satisfaction with life and relationships. However, sharing bed with a child or sleeping alone did not confer similar benefits. Those who shared a bed with a child reported more severe insomnia, higher risk of sleep apnoea, less control over their sleep, as well as more stress. Sleeping alone was associated with higher depression, lower social support, and low satisfaction with life and relationships. They also reported greater insomnia severity, more sleepiness, more fatigue. and greater apnoea risk.