A large number of veterans have shared personal experiences 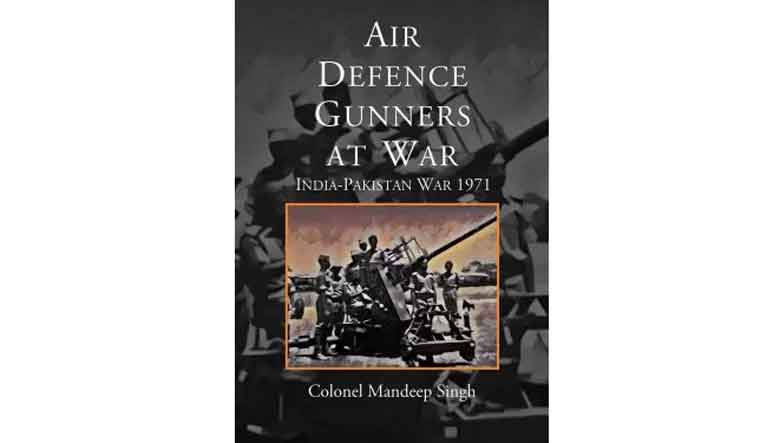 The India-Pakistan War of 1971 was the third round between the two South Asian neighbours, but this war was different in many ways from the earlier conflicts. It was not a long-drawn slugfest as the three services operated together in perfect sync in what was a lightning campaign that ended with a clear victory for India and the liberation of Bangladesh. It was a victory made possible by the contributions of all arms and services.

As the war started on December 3 with the pre-emptive strikes by the Pakistani Air Force, Air Defence Gunners were the first to fire.

Throughout the fourteen-day campaign, the air defence artillery played a vital role, from ensuring the defence of strategic assets to defend the field formations from enemy air attacks. While several books have been written on the India-Pakistan wars, the new book titled Air Defence Gunners at War: India-Pakistan War 1971, written by Colonel Mandeep Singh (retd), gives an anecdotal description of air defence artillery as it looks at its performance and highlights both its achievements and failings. Author Col Mandeep Singh, a veteran Air Defence Gunner, is a prolific writer and has authored five books on air defence artillery, including its history during World War II and the India-Pakistan War of 1965. His other works include the Anti-Aircraft Artillery in Combat 1950-1972, Air Defence Artillery in Combat 1972 to Present and History of Indian Air Defence Artillery, 1940-1945.

Starting from a battery raised in Coloba, Indian anti-aircraft artillery soon expanded to over 34 regiments for India to have the second-largest concentration of anti-aircraft defences outside Great Britain.

At one time, India had more anti-aircraft regiments than field artillery.The first anti-aircraft(as air defence was then called) artillery unit in India was the 8th AA (anti-aircraft) Battery, Royal Artillery, that arrived in India on November 9, 1926, and was located at Peshawar in northwest India. It was an independent battery and was equipped with eight 3-inch 20cwt AA guns, organised into a battery headquarters with four sections of two anti-aircraft guns each and had a war establishment of 221 of all ranks.

The writer claims that the choice of Peshawar may seem odd today but then the AA battery was meant to defend the north-west frontier from a possible attack by the then Soviet Air Force, should the threat of a Soviet invasion of India became real.

However, it was only after two decades that the threat from the Japanese expansion made India finally realise how ill-prepared its anti-aircraft defences were.

The author penned another book—History of Indian Air Defence Artillery- 1940-1945—in which he writes about the India anti-aircraft gunners that served in varied battlefields with honour, both during defeat and victory." If they were in Singapore as the fortress fell, they kept the Japanese air force at bay when Allied forces retreated from Burma, and later formed part of the vanguard when the Allies returned to Burma in triumph," Col Singh writes.

Indian anti-aircraft regiments served in Singapore, Malaya, Burma, Maldives, Aden and Iraq and they were truly representative as all regiments comprised of varied races and castes.