Kidney for a price 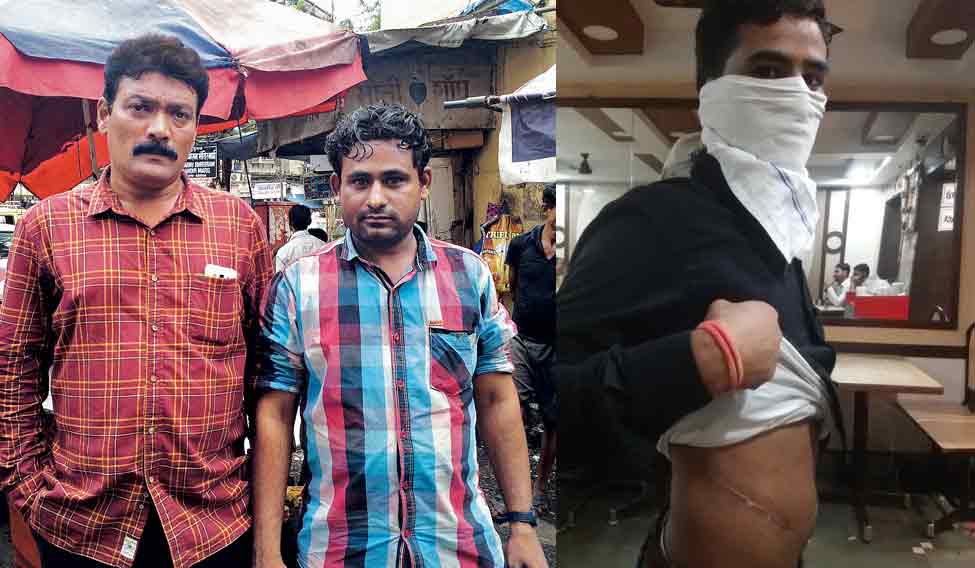 Thwarting the trade: (From left to right) Rajesh Govind Pawar and Abid Shaikh who exposed the kidney racket. Sundar Singh, the whistle-blower who was cheated into donating his kidney in March.

On July 14, the Mumbai Police along with a few activists entered Dr L.H. Hiranandani Hospital at Powai and stopped the kidney transplant surgery of Brijkishore Jaiswal, a 48-year-old businessman from Surat. The police had been tipped off that it was a case of illegal organ sale, and they arrested Jaiswal, his son, the donor Shobha Thakur, the hospital's transplant coordinator Nilesh Kamble, an agent called Brijendra Bisen and three others. Bisen had persuaded Shobha Thakur, a debt-ridden mother of five, who worked as a maid in Gujarat, to agree to part with her kidney for Rs5 lakh. On paper, she was shown as Jaiswal's wife.

Three weeks later, on August 10, the police arrested five doctors of the hospital—CEO Sudip Chatterjee, medical director Anurag Naik, nephrologist Mukesh Shete and urologists Mukesh Shah and Prakash Shetty. They were charged under the Transplantation of Human Organs Act, 1994, for negligence, but the police are investigating whether they were hand in glove with the kidney agents. Two more doctors—pathologist Suwin Shetty and general surgeon Dr Veena Salekar—are likely to be arrested as their applications for anticipatory bail were rejected.

The police are examining phone call records of the doctors and looking into three transplants conducted earlier in the hospital. The hospital released a statement that it was "extremely saddened by the irregularities and is immediately taking corrective action” and that it was appointing Ernst & Young to audit its transplant cases.

Out of 1.5 lakh patients in India who need kidney transplantation, only 5,000 get donors. As many as 90 per cent of patients on the waiting list die without getting a transplant. But many people who have the money prefer buying organs to putting their relatives in danger. In most cases, the agents pocket most of the money and pay the donors less than what was promised.

An example is Sundar Singh, a 23-year-old from Uttar Pradesh, the whistle-blower in the Hiranandani case. He wanted to repay his debts and repair his house. A sole breadwinner, he has two mentally challenged older brothers, and a wife and daughter. A kidney agent told him that his kidney would regrow 18 months after the donation, and on March 17, 2016, his kidney was transplanted to a woman who was shown in the records as his sister. “When he received just one lakh rupees out of the five lakh he was promised, he decided to stop similar exploitation of poor people,” says Suresh Gupta, president of Indian National Trade Union Congress (INTUC), Mumbai, who informed the police about transplants at Hiranandani Hospital.

“For months after his transplant, Sundar worked with the transplant coordinator in Hiranandani Hospital, helping with documentation. He started keeping copies of the documents and then met Abid Shaikh, a former colleague of his, who had helped bust another kidney racket in 2007,” says Gupta.

Abid Shaikh owns a small vada pav stall at Khumbharwada in Girgaum. He met Sundar Singh and Shobha Thakur on Girgaum Chowpatty one day, and Sundar told him that she was going to sell her kidney.

Shaikh went to Rajesh Govind Pawar, local leader of INTUC who took him to Suresh Gupta. “We went to the address mentioned as Jaiswal’s address in Malabar Hill and found that another person called Kashinath Gupta was living there,” says Gupta. When they went to the hospital with the police, Bisen tried to flee and it was Shaikh who nabbed him.

In 2007, Shaikh had gone to the police after a friend of his revealed to him that he had sold his kidney. Later, with this information, the Mumbai Crime Branch busted a kidney racket spread over Chennai, Mumbai and Gujarat, and arrested Bisen. After his release in 2009, Bisen engaged in other businesses, suffered losses and returned to kidney selling. One of his associates, Bharat Bhushan Sharma, owned the video parlour where Sundar Singh worked. Another associate, Iqbal Ahmed Khan, allegedly prepared fake documents for transplant cases. Among the fake documents submitted to the transplant authorisation committee were copies of voter cards, ration cards, Aadhaar cards and birth certificates of the donor and the recipient.

After the arrest of the doctors, urologists and nephrologists in Mumbai held a meeting and decided to stop conducting kidney transplants since they were not trained to detect forgery of documents. They relented after Health Minister Deepak Sawant assured them that they would be relieved of the responsibility of authenticating the documents. Dr Rekha Barot, transplant coordinator at Kokilaben Dhirubhai Ambani Hospital, Mumbai, says, “Now, they may ask for all the cases of live donations to go through police verification, which is currently required only for unrelated live donations.”

According to Transplantation of Human Organs Act, 1994, it is the hospital’s duty to verify documents through the transplant authorisation committee. Amar Jesani, editor of Indian Journal of Medical Ethics, notes that the whistle-blower approached the police and not the committee. “One major reason for such low credibility could be the existence of institutional conflict of interests, inherent in the composition of the committee, which could be compromising its independence from the hospital,” says Jesani. He says the conflict of interests is not recognised as a major issue in the functioning of the regulatory bodies in India. “Both the law and actual functioning of such bodies have, therefore, neglected the need to eradicate conflict of interests,” he says.

A permanent solution to illegal organ trade is deceased organ donation programmes. Popularisation of this would ensure availability of organs for transplant. Models that can be replicated already exist. Tamil Nadu was known as 'kidney bazaar' for the number of rackets that were exposed there. “The Tamil Nadu government, eager to shed the image, started proactively encouraging cadaver donation through a public-private partnership model,” says Lalita Raghuram, country head, MOHAN Foundation, an NGO based in Tamil Nadu and Andhra Pradesh for promotion of organ transplants. In 2008, Tamil Nadu started the cadaver transplant programme, integrating government and private hospitals, NGOs, donors, recipients, police and social workers. Now, the state leads the country with an organ donation rate of 1.8 organs per million, compared with 0.26 organ per million nationally.

For now, Sundar Singh, the victim turned whistle-blower, who is also criminally culpable for selling his organ, lives alone in an unidentified location fearing for his life. He now knows his kidney won’t grow back; he feels weak and is unsure of how he will continue working to fend for his family who aren’t even aware of his condition.