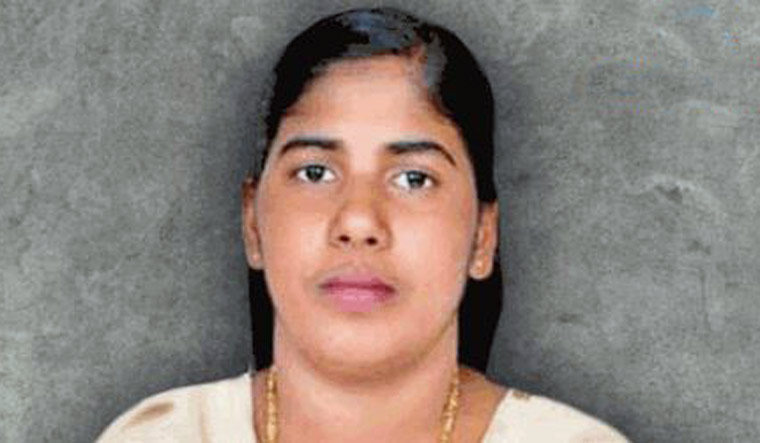 Talks are on to rescue Keralite woman Nimisha Priya who is on death row in a Yemeni jail over the 2017 murder of a national of that country. Reports say the family of Talal Mehdi who was murdered by her has demanded 50 million Yemeni Rial as blood money. This amounts to Rs 1.52 crore or $1,99,800 as per current forex rates. (1 Yemeni Rial = 0.30 Indian Rupees.)

Yemenese officials who met Nimisha in the jail apprised her about the willingness of Mehdi's family to consider negotiations over blood money. A decision on this should be conveyed to them before the end of Ramzan (May 1). Nimisha's relatives urged the intervention of the state and central governments. Former Supreme Court judge Justice Kurian Joseph is leading the negotiations with the family of the Yemeni national for the release of Nimisha Priya.

Palakkad native Nimisha Priya was a nurse in Yemen when she was convicted in 2020 for the murder of Yemeni national Talal Abdo Mahdi. Mahdi died in July 2017 allegedly of overdose after she injected him with sedatives to get her passport that was in his possession. According to Priya, Mahdi had also forged documents to show that she was married to him. She also said that Mahdi abused and tortured her. Though she had appealed against the death penalty, it was rejected. Priya is unlikely to move the Supreme Court of Yemen as she is convinced that she won't be spared. Her only hope to escape the death sentence is if the victim's family accepts blood money per Yemeni laws.

The 'Save Nimisha Priya International Action Council' has been trying to get a pardon for her from capital punishment by paying blood money. Earlier, the Centre had refused to involve directly in the negotiations and the payment of blood money citing that no embassy can be part of negotiations to pay blood money. The Delhi High Court had also rejected a plea by the action council to direct the central government to negotiate her release. However, the Centre has said that the authorities will take all proactive steps to institute an appeal before the next appellate forum and that the embassy shall extend all cooperation and facilitate the travel of the petitioners to Yemen. Blood money refers to the compensation paid by an offender or his kin to the family of the victim.