The case of Nimisha Priya, the Indian nurse facing the death penalty in Yemen

Priya's family counting on mediators, govt to get her out alive 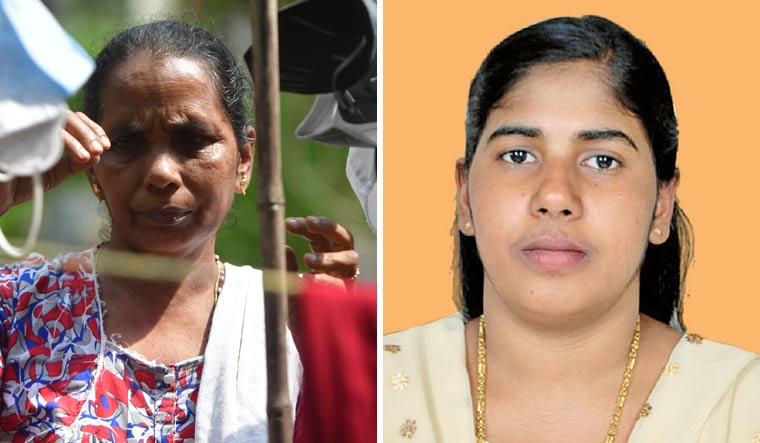 PREMAKUMARI, 56, IS on tenterhooks as she desperately waits for the external affairs ministry’s clearance to travel to strife-torn Yemen. The purpose of the trip is an onerous one, involving a matter of life and death. Premakumari wants to make a last-ditch effort to save her daughter, Nimisha Priya, who has been sentenced to death for murdering Yemeni citizen Talal Abdo Mahdi in 2017.

Premakumari, a domestic help in Kerala’s Ernakulam district, weeps often as she talks about her only child. She wants to appeal to Mahdi’s family for mercy. “I will ask their forgiveness,” she said. “I will tell them that Priya has an eight-year-old daughter who is waiting for her mother. They can take my life if they want.”

Priya’s daughter is expected to accompany Premakumari to Yemen; the mother’s appeal is perhaps the only lifeline left for the 32-year-old nurse.

According to legal experts and activists involved with the case, this is perhaps the only instance of an Indian being sentenced for murder in Yemen. It is also a rare instance in the Middle East of an Indian woman facing the death penalty.

In August 2020, a trial court found Priya guilty of murdering Mahdi by injecting him with sedatives. Mahdi’s body was found in pieces, in a water tank. A Yemeni nurse, who was found guilty of helping Priya, was sentenced to life.

Priya’s death sentence was upheld by an appeal court on March 7, 2022, but the court threw Priya a lifeline, saying that Mahdi’s family could pardon her, if they so wished. Under Islamic law, the death penalty can be waived if the victim’s family pardons the convict, and this can involve payment of “blood money” (compensation paid to the victim’s family).

Priya, who hails from Kollengode in Palakkad district of Kerala, had migrated to Yemen with her husband, Tomy Thomas, in 2011. There she worked in private hospitals, while her husband found work at a petrol pump. Priya’s daughter was born in Yemen in 2013, after which Thomas quit his job to look after the child. In 2014, Thomas and the child returned to India because of financial reasons, while she stayed on. Thomas now drives an autorickshaw for a living.

As per Priya’s version of the events, in 2015, she and Mahdi together set up a clinic in the Yemeni capital Sana’a. She sought Mahdi’s help as only Yemeni nationals are allowed to set up clinics. A labour contractor had put her in touch with Mahdi, who ran a textile shop. In 2015, Mahdi accompanied Priya to Kerala when she came on a month-long holiday. As per Priya, during the visit, Mahdi stole a wedding photograph of hers, which he later morphed to claim that they were married. Later, according to Priya, the relationship between them deteriorated as Mahdi began stealing money from the clinic. She claimed that he began torturing her, threatened her at gunpoint, confiscated her ornaments and passport. She also claimed that he would bring his friends to her house at night and force her to have sex with them.

Priya had stated in her defence that she did complain about Mahdi to the police, but instead of taking action against him, they put her in jail for six days. In July 2017, she took the help of a warden of a jail near her clinic, where Mahdi had been jailed in the past under various charges. The warden, she says, suggested that she sedate Mahdi and retrieve her passport. However, Mahdi died of an overdose when she tried this; Priya maintains that Mahdi’s death was an accident.

In a handwritten message penned in Malayalam before her case came up for appeal—addressed to the ‘Save Nimisha Priya International Action Council’, a forum launched in 2020—Priya said: “I did not commit murder. For making our lives better, with my husband’s permission, I took a certain path. But I fell into the trap of certain people I trusted and ended up in a tragic situation.”

According to Subhash Chandran K.R.—a Delhi-based lawyer who represented the action council in the Delhi High Court recently to seek the Union government’s intervention in the matter—a seven-member delegation has been chosen to meet Mahdi’s family. The list includes Premakumari and Priya’s daughter; Chandran and Deepa Joseph, another Delhi-based lawyer who is the vice president of the action council; Babu John, the convenor of the council; Rafeek Ravuther of the Centre for Indian Migrant Studies, and Nizar Kochery, an Indian lawyer based in Doha.

“There has been a ban on Indians travelling to Yemen,” said Chandran. “When we approached the Delhi High Court seeking the Union government’s intervention, they [the government] assured all assistance such as permission to travel, and also the services of an interpreter. However, the government has stated that it cannot be involved in the negotiation for pardon.”

He said the team wants to travel to Yemen at the earliest and begin negotiations immediately. “A pardon during the month of Ramzan is given a lot of importance,” said Chandran. “We would want to begin the negotiation before Ramzan ends.”

The assistance sought from the Union government also includes help in enabling the payment of money that Mahdi’s family may demand, since financial transactions to Yemen are also restricted by Indian authorities.

“The matter has been discussed at the highest levels in the ministry of external affairs,” said a source at the MEA. “The relevant authorities have been asked to look at ways to help Priya and expedite the process to get her out.”

Meanwhile, giving a boost to the campaign, former Supreme Court judge Justice Kurian Joseph has agreed to lead the mediation efforts, although he will not be travelling to Yemen due to health reasons. “If my involvement will in any way help the process or augment it, I will be very happy about it,” he told THE WEEK. “I do not believe that eye for eye or tooth for a tooth is the remedy... I am not inclined to believe as of now, going by the documents, that she intended to commit the murder.”

According to Yemen-based activist Samuel Jerome—the first person Priya reached out to for help when she was arrested in 2017—an informal interaction had taken place with Mahdi’s family before the case was taken up by the appeal court. “At that time, they had said that they wanted the trial to finish first,” he said. “What gives us hope is that all along, they have not shown any animosity towards us when we have met in court.”

Jerome said the negotiations will involve getting in touch with Yemeni tribal leaders, too, apart from the family. “Our argument will not be that Priya has not committed the crime,” he said. “After all, we are seeking forgiveness. It could take a month, two months or even six months.”

Some estimated sums have been reported as the amount that may be required to be paid as blood money. However, Chandran said that the family has not spoken about any amount so far, as the question of payment of blood money will arise only when negotiations take place and Mahdi’s kin agree to pardon Priya. According to him, the indications from Mahdi’s family so far are that they are inclined to enter into pardon talks. “The family can agree to pardon Priya while not accepting any money,” said Chandran. “They may accept a token payment of one rial or quote a certain amount. It is all up to them,”

If the need arises, the action council will launch a fundraiser to raise the blood money as Priya’s family is impoverished. The additional challenge in this case is the huge public outcry that the murder evoked in Yemen. According to those involved with the case, there was a sense of betrayal as Indians are well-regarded by Yemeni society. Also, since it is a patriarchal society, if the culprit is a woman, the crime becomes all the more condemnable.

Alongside the efforts to secure a pardon for her, Priya’s lawyers are ready to file an appeal in the Supreme Judicial Council of Yemen and are waiting for a printed copy of the judgment of the appeal court. However, the apex court rarely sets aside the verdict of the appeal court; it only examines procedural errors and does not go into the merits of the case.

Meanwhile, reacting to a view expressed in certain quarters about why a campaign is being waged to save a convict, Deepa, who has helped Priya build her defence before the appeal court, said: “It is true that Priya’s confession to the killing is part of legal records. But she has maintained that it was unintentional. Also, one has to take into account the fact that when the trial began, Nimisha did not get any support. She was all alone in a foreign land. She did not understand the language. She did not get adequate legal aid. She was not defended properly.”

She further said that it was after the action council took it up with the Union government that a lawyer was appointed to represent her in the appeal court. “Her contention that she was being tortured by Mahdi was not properly appreciated,” said Deepa.

However, moving beyond the merits of the case, the matter has now narrowed down to whether Priya will be pardoned by Mahdi’s family.

CHRONOLOGY OF THE CASE

India issues a travel advisory asking Indian nationals to avoid travelling to Yemen, after Fr Tom Uzhunnalil, a priest from Kerala, gets abducted by Yemeni terrorists

A trial court in Sana’a sentences her to death; Priya files an appeal

An action council to save Priya starts functioning

The appeal court upholds the death sentence; the action council files a writ petition in Delhi High Court seeking the Union government’s help to negotiate with the victim’s family