Anatomy of a cybercrime hub

Bharatpur, Mathura, and Mewat has emerged as the epicentre of several cyber frauds 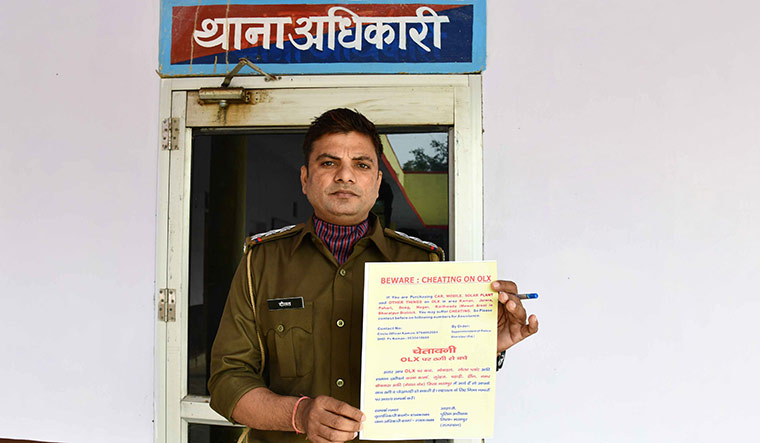 In plain daylight, he is the sarpanch of his village in Bharatpur, Rajasthan. As the village head, he is responsible for resolving disputes and handing out punishment for notoriety. His name evokes fear and respect in the community. But mention the word "Olx" and he immediately clams up. “I don’t know what you are talking about. Don't waste my time,” says the 62-year-old on the phone before he hangs up.

The otherwise respectable sarpanch is one among the many in his village who live an alternate persona on online platforms such as Olx, Indiamart, and Quikr. He is also known as the “Olx master” because of his many disguises as a prospective seller of sundry items. There were several arrests in his subdivision of scamsters luring buyers into thefts, where bank details were harvested in the guise of payment for listed items that do not exist. Most CNG fuel stops in Bharatpur have boards with warning signs against "Olx thefts". In the main town, crowded with electrical repair shops and pushcarts selling vegetables, locals respond with wry smiles to inquiries about Olx conmen. "That's practically everyone's side hustle here,” says Pushpesh, a mobile shop owner, "First they were cheating people in the name of selling gold bricks and coins, now they have moved to selling home appliances, vehicles and whatnot online, often in the guise of Army personnel."

Local cops talk about multiple instances of cyber thugs being accused in Olx frauds, sextortion, or setting up illegal call centres in slums and making off with lakhs in a month. But tip-offs and raids are like walking on eggshells; they constantly warn of violent reactions and counterattacks.

Almost like localised virus outbreaks, cybercrime hubs keep popping up in geographies with murky, mixed-up mobile towers. Bharatpur, Mathura, and Mewat form the tri-junction of three states—Rajasthan, Uttar Pradesh, and Haryana respectively—where a black spot of mobile towers is created in border areas, making it difficult to nab fraudsters. For more than two years, this tri-junction has emerged as the epicentre of several cyber frauds—from an MLA in Mumbai falling prey to a sextortion racket via Facebook to a daily wager losing access to his Jan-Dhan account. From Olx frauds that do not spare the daughter of Delhi’s chief minister to soliciting donations for the PM Cares Fund—the sheer range of cybercrimes emerging from this no man's land is leaving law enforcement agencies breathless. 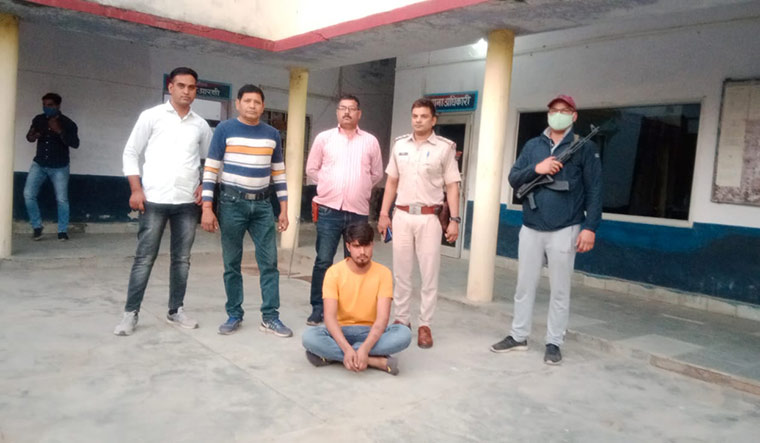 While there is no formal data on the extent of crime, 80 per cent of cybercrime cases in Gurugram were reportedly committed by perpetrators originating from this region.

A popular theory in crime is often invoked to explain delinquent tendencies from a particular place and time. According to the Social Learning Theory, crime is mastered and more likely to occur when there is a direct and indirect association with different groups of people who are engaged in criminal activities, when there is continuous exposure to delinquent models, if there are more benefits and fewer punishments. 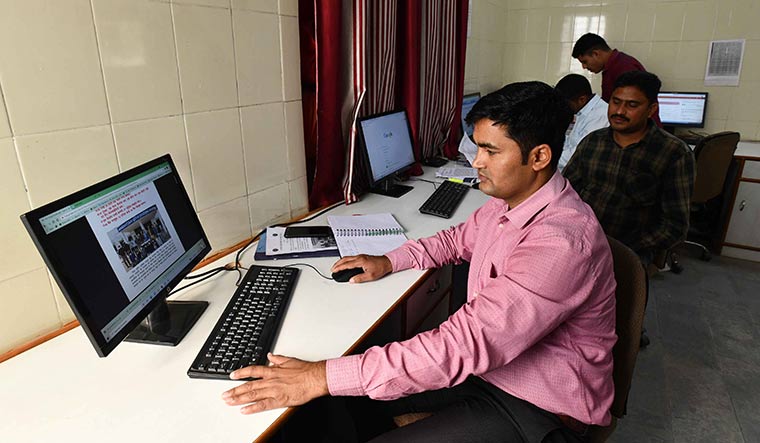 To simplify the concept, take the instance of Jamtara. The unassuming little district in northeastern Jharkhand became the hub of phishing crimes in 2016. Armed with a smartphone, the barely literate gangs of cyber fraudsters would cheat people of thousands and lakhs of rupees after acquiring their bank details. Actor Amitabh Bachchan in an episode of Kaun Banega Crorepati mentioned how he was once conned by cyber-punks from Jamtara. Entire families in the village would acquire scores of SIM-cards using fake IDs and mint several lakhs by placing spurious calls in nearby cities and faraway metros. "Your ATM card has been deactivated," was one of the dreaded openers employed in the guise of "bank officials" to entrap unsuspecting victims.

When Trishant Srivastava—who co-wrote the popular Netflix show Jamtara: Sabka Number Ayega (2020)—began his research for the first season of the web series, the cops had already begun swooping down to bust networks of cheating gangs in the district. Recently, when he went back to Jamtara to research season two, due to be out this year, there were hardly any of his previous case studies left. Srivastava says, “They had left Jamtara and gone to other parts of the country. A lot of them got arrested. They went to jails, met other boys, taught them the basics, and those boys, in turn, went back to their districts and started the same game.” 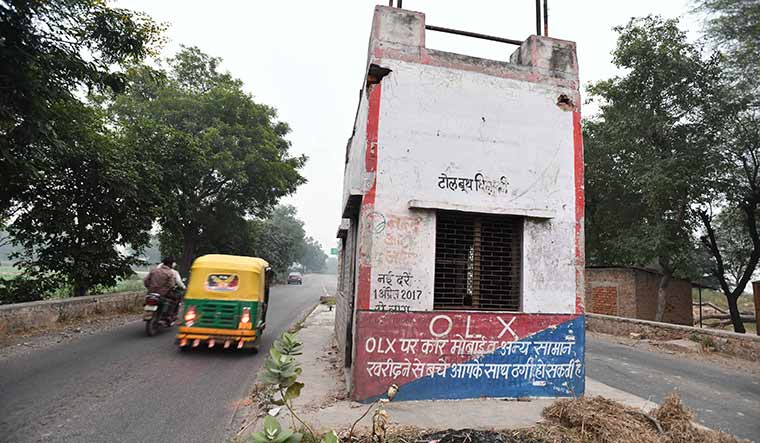 Tip-off: A toll booth in Mewat in Rajasthan warning people of ‘Olx masters’ who disguise as prospective sellers of sundry items | Sanjay Ahlawat

What struck him the most while writing the script was the age of these criminals—most of them were between 15 and 25, and all of them were meticulous and intelligent. "They used to make 100 calls and only two would materialise. And even if the two materialised, they would be earning Rs5,000 to Rs10,000 a day,” says Srivastava, who believes that the lack of sophistication of these small-time cybercriminals from Jamtara, Bharatpur, Mathura, and Mewat is what works for them. "The disorganised nature of the crime brings a certain brashness, a certain naivete in the way they do things. They don't even know who they are calling. It can reach anyone. It can be a high-profile individual or a daily-wage labourer,” says Srivastava.

The criminals from Jamtara married English-speaking women from other states to help them trap more educated victims. "Logically when you hear a female voice talking, you take it more seriously,” says Srivastava. He recalls how once a female cop honey-trapped suspects from Jamtara by posing as a prospective bride. He even dramatised this incident in his web show.

“These thugs speak such good English with a polished accent. They extensively use Google translate,” says Triveni Singh, superintendent of police (cybercrime), Uttar Pradesh Police. One of the leading officers investigating cybercrime and financial frauds, he has been keeping a tab on several cases emerging out of Bharatpur, Mathura and Mewat. “It is difficult for them to open fake bank accounts. So, they hijack the accounts of those who don’t know how to operate them. For example, they might tell a rickshaw puller that he will be getting money from a government scheme. The account owner then doesn’t suspect much as long as he gets his few thousand rupees,” says Singh.

Almost every station house officer in Bharatpur will attest that sextortion cases are peaking in the region. Newspapers in Mumbai and Delhi regularly carry reports on investigating teams descending on the former princely state to arrest a fraudster on charges of extorting money by threatening to reveal evidence of sexual activity where the victims are shown adult clips and their video calls are simultaneously recorded.

In October, Hakmuddin, 24, from Bharatpur was arrested by the Delhi Police for minting Rs30 lakh from a sextortion racket that managed to waylay some 300 victims from across the country. Most of the victims were entrapped via Facebook and WhatsApp.

Some months ago, an investigative team from the Delhi Police identified two men—Samaydeen and Munfed—as gang leaders of an interstate sextortion racket. They were intercepted in Bharatpur after a tip-off. The network extracted money from 200 victims, including cops, businessmen, and government officials, spread across Delhi, Haryana, Gujarat and Rajasthan. Together they operated 14 bank accounts where the initial estimate of the extracted money is believed to be Rs22 lakh.

“Olx and Quikr frauds was their golden hour. Now it is sextortion in most of the villages of Bharatpur, namely in subdivisions like Kaman, Nagar and Pahari,” says Hariman Meena, cybercrime in-charge in Bharatpur, “Last year they had started a wine-selling racket. Actor Shabana Azmi and comedian Johnny Lever fell for their fake liquor-delivery platform. They were also selling fake puppies online and making amounts ranging from Rs6,000 to Rs20,000. While these are small items, sextortion is a high-stakes game. Nobody supports the police here. Entire families can be involved in such crimes. We don't have the requisite technology to track them.”

Daulat Singh, SHO at Kaman police station, says widespread illiteracy feeds into criminal tendencies in the tri-junction. He recalls how even matrimonial sites have not been spared; thugs posing as event managers have summoned families of brides and grooms, humiliated them and extorted money. “Public behaviour here is very rude. Anyone who looks different or is from outside is suspected in these villages. The miscreants and their family members carry arms. They just shoot,” says Singh, recalling a recent motorbike chase where he almost missed his target.

Ajay Kumar, a local journalist in Bharatpur, talked about the newest gambling game in town— the Butterfly. Players from other states are brought in and made to pay a hefty entry fee running into lakhs of rupees to enter a room. Once enough people are locked in this room, a butterfly is released. The player on whose head it lands wins the jackpot. “This place never fails to come up with the most innovative ways to trick people,” he says.