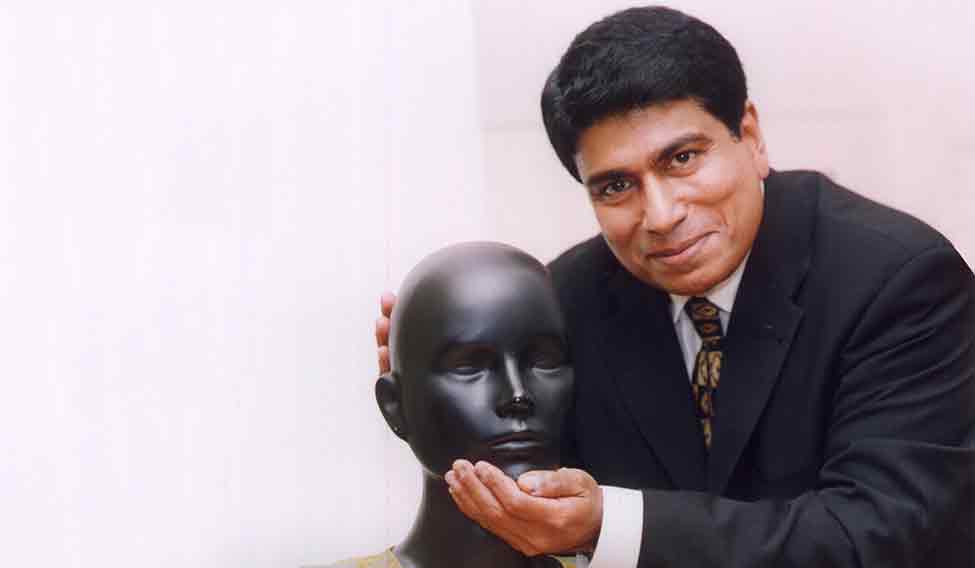 A good doctor has to be a good listener, and Dr Mohan Thomas is definitely one. The globally renowned cosmetic surgeon spends ample time understanding his patients and their needs—the reason why he enjoys their trust even in non-cosmetic matters. Trained in the United States, he returned to India a few years ago. He is the chief surgeon and medical director of The Cosmetic Surgery Institute, Mumbai, and founder-president of the Indian Society of Cosmetic Surgery. He is currently affiliated to the Breach Candy Hospital Trust and the P.D. Hinduja Hospital in Mumbai. Excerpts from an interview:

Which are the most popular cosmetic procedures currently?

If you go by the American Academy of Cosmetic Surgery, in 2014-2015, there was a modest increase of 2 to 3 per cent in cosmetic surgery. The most popular procedure is breast augmentation, the next one is liposuction, and the third one is rhinoplasty. But the single most procedure that has seen a 252 per cent increase is butt augmentation, either with butt implant or fat injection also known as Brazilian butt lift.

In India, people are becoming breast conscious. [If it is] too small, you can do transplant or fat grafting work. Stem cells are removed from fat, centrifuged and can be used to build all kinds of tissue. In breast, I am a little leery to inject stem cells if there is a history of breast cancer in the family even though they are not related. I don’t want to introduce the element of doubt in people’s mind that the implant caused it. Some people have large breasts. In such cases, they should investigate if their prolactin levels are high. Benign tumours lead to prolactin levels going up.... Some of my most happy patients are of breast reduction.

The Brazilian butt [lift] is catching up in India. I dissuade people from putting an implant in your butt because you sit on it, you play sports, at some point of time, it will herniate and cause a problem for you. I prefer to put fat in and just lift. 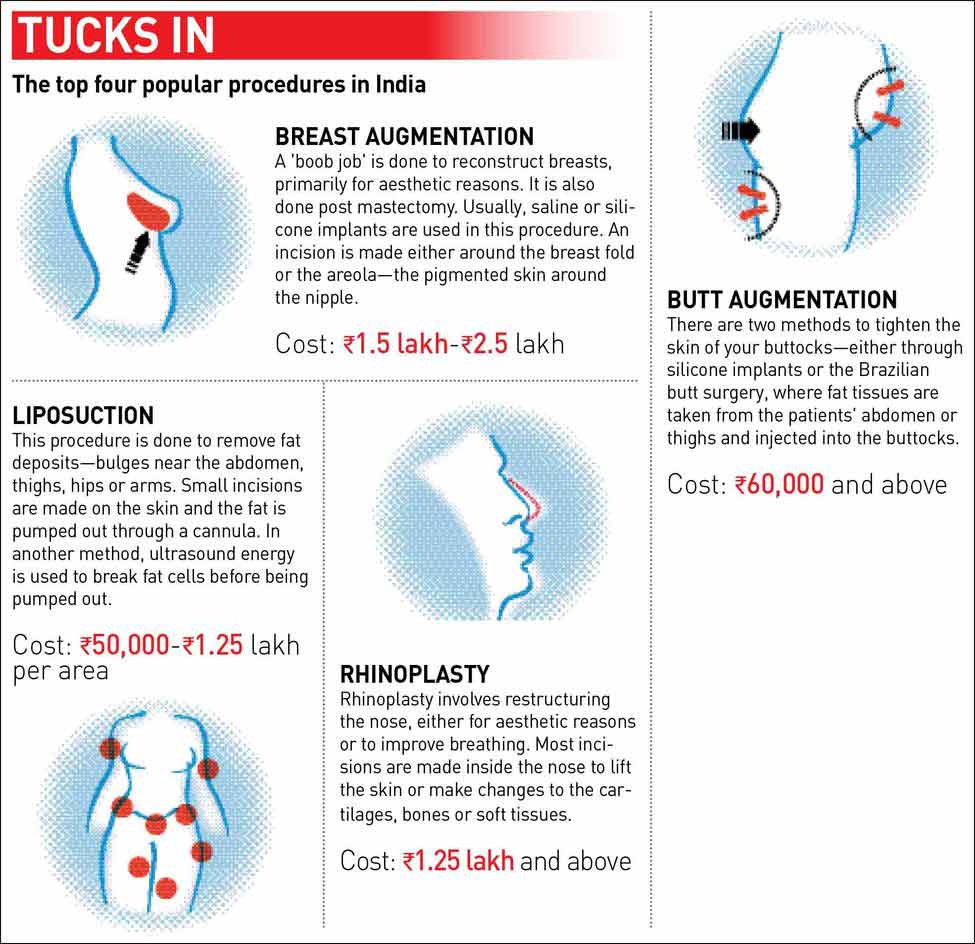 Give us some insight on beauty and the role of a cosmetic surgeon.

The eye in a split second notices what is not in sync. It doesn’t say what looks good or bad; they are not supposed to do that. Your eyeball only picks up the discrepancies, what appears to be fluid versus what appears to be disjointed. If there is a mismatch in the body, it is picked up in the scanning motion of the eye. Men, whether they walk with their girlfriends or their wives, turn around and look at someone walking by. Now it is a fleeting glance. The female gives a different look, they delve into it, possibly sensing a threat.

If you ask me, beauty doesn’t interest me, because I see people in their most intimate moments before and after surgery. To me, it seems, 'I don’t know what everybody is getting excited about.' But it also helps to put things in perspective. I understand various parameters of beauty. I never look at beauty for the patient from my eyes. I take those established points of what you consider attractive and superimpose on you, and how close can I get you to that. I don’t try to duplicate it. It is a catchup game. I am like a coach; the coach can’t give you speed, cannot make you a world champion, but can get you closer and closer to winning the contest.

You need to spend time with the patient to know exactly what they want and why. There was a patient who took my appointment to do fillers. I told him he doesn’t need it. He couldn’t talk. He was tongue-tied and he was told that fillers could solve his problem. I sent him to my psychologist who will treat him, and he will be okay.

Which is the most challenging cosmetic procedure?

The most re-operated procedure of the human body is rhinoplasty. Rhinoplasty surgeons are a group of unique people. One inch is one foot on the face. If you are a radical surgeon, you chop, chop, chop, and the patient looks like Michael Jackson. Everyone thinks, 'What’s the big deal in a nose? They operate in big things.' But that’s where they are wrong. They have to modulate themselves, they think they need to do in one shot and they need a sense of aesthetics.

What is the most controversial procedure in India?

Bariatric surgery is the most overdone surgery today. People are confusing body mass index with metabolic syndrome. Instead of looking at BMI, if one looked at global fat and gave patients a chance to lose weight by diet first, it would help. If it is inter-abdominal fat, then liposuction can help. I got a news anchor from Madhya Pradesh whose six friends died because of complications of bariatric surgery. There have been many deaths owing to bariatric surgery because any surgery which is overdone will lead to complications. This is because we see it as a formula, and are not seeing each case individually. Someone [who] has lost 60kg or 80kg gets the deflation syndrome, where the skin sags. During the interim period, they look bad. Imagine, wearing clothes 20 times your size—except in this case, it is not clothes but the skin hanging off you. That cannot be pleasant. The quantum of fat you will lose will lead to this body change and you will require the following cosmetic surgeries, which are big procedures. Each of these procedures needs to be designed. Each operation is long. I have to lift the back, thigh, butt up. Almost 50 per cent of patients with bariatric surgery need this and there is a cost involved. For every good case, there is a bad case and vice versa.