Infection that troubled Justin Bieber is in India, too

Ramsay Hunt Syndrome can be prevented with chickenpox vaccine 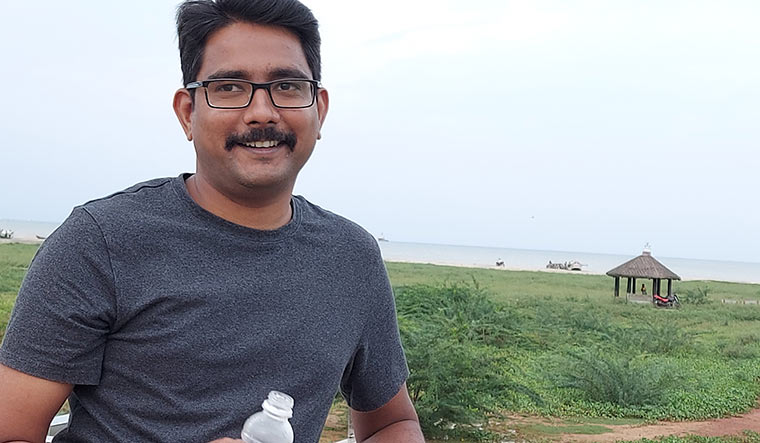 Fully fit: Surya Teja, 33, recovered from Ramsay Hunt Syndrome after taking an antiviral drug, a course of steriods and physiotherapy.

Surya Teja is not a huge fan of pop songs. He has never listened to Justin Bieber’s 'Peaches' or 'Yummy'. However, the 33-year-old from Andhra Pradesh can relate to the pop icon. Like Bieber, Teja suffered from Ramsay Hunt Syndrome. The viral disease caused half his face to be temporarily paralysed.

“A sore throat was the first sign of the infection,” recalled Teja, a nursing officer at the casualty department in the National Institute of Mental Health and Neurosciences (NIMHANS), Bengaluru. Two days later, he had pain in the left ear and difficulty in swallowing. He popped a pill and went about his daily activities. But when his left ear turned red and dry, he realised something was amiss.

Teja's ENT misdiagnosed the symptoms and gave him medicines for an ear infection. Though Teja followed the doctor’s instructions, his symptoms persisted and he also started having severe headache and was unable to close his left eye. His mouth was also deviating to the right side. A worried Teja consulted doctors at NIMHANS. He was diagnosed with left-sided facial muscle weakness and fluid eruption over the left ear. He also had ear ache and blisters over the left ear canal. Ramsay Hunt Syndrome is named after American neurologist Dr James Ramsay Hunt, who first described the disorder in 1907. It is characterised by paralysis of one side of the face and fluid-filled eruptions on the ear and face. Usually the seventh cranial nerve (the facial nerve) is affected. People suffering from this infection lose facial expression temporarily. They may not be able to blink or smile.

Bieber's Instagram posts did a lot to spread awareness regarding the condition. “As you can see, this eye is not blinking,” the 28-year-old told his fans in an Instagram video. “I can't smile on this side of my face. This nostril will not move. So, there's full paralysis on this side. This is pretty serious, as you can see.’’

Sometimes, the patient may have giddiness, hearing loss and a buzzing sound in the ear. “There could be swelling near the ear lobes or the auditory canal inside and the patient may have dry eyes and pain,” said Dr Rohit Shetty, vice chairman, Narayana Nethralaya, Bengaluru. The patient may also have change in taste perception or loss of taste. Ramsay Hunt Syndrome itself is not contagious, but the blister fluid, which contains the virus, can infect those not vaccinated for chickenpox. “So, they can get chickenpox,’’ added Shetty. Teja got chickenpox when he was seven.

The syndrome can cause scarring and severe and disabling pain over the face. “It is a late complication of a viral infection,” says Dr Sushila Kataria, internal medicine specialist at Medanta Hospital, Gurugram. “It is caused by the same virus that causes chickenpox and shingles.”

“After recovering from chickenpox, the virus clears from the body, but sometimes, there could be residue,” explains Dr Shivaram Rao K., consultant neurophysician, Yashoda Hospitals, Hyderabad. “After many years, when there is suppression of the immune system, it can cause reactivation of the virus. If this reactivation occurs in facial nerve distribution, we call it Ramsay Hunt Syndrome.” Infections like Covid-19, and stress could also act as triggers.

Girija Seth (name changed), 50, from Andhra Pradesh, was undergoing chemotherapy when she got an ear ache followed by rashes over the ear pinna. She had symptoms of Ramsay Hunt Syndrome, including deviation of the mouth and the inability to close one eyelid (the left). She was referred to Dr Kailas Mirche, consultant neurologist, Citizens Specialty Hospital, Hyderabad, and was treated with an antiviral agent and steroids, apart from physiotherapy. Mirche said she recovered in four weeks.