Dostarlimab might not be a magic bullet for all cancers 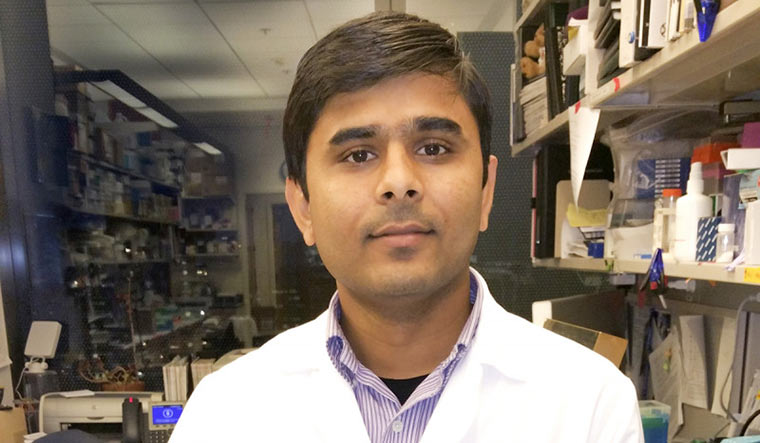 Earlier this month, a very small trial of rectal cancer patients led to an unheard-of outcome—remission in all participants. The findings of the trial in which patients took dostarlimab, an immunotherapy medicine that spurs patients' immune systems to attack their cancers, were published in The New England Journal of Medicine. The drug was taken by each patient every three weeks for six months and all 12 participants had similar mutations in what is called mismatch repair-deficient colorectal cancer, which occurs in 5 to 10 per cent of colorectal cancers.

Experts from the Memorial Sloan Kettering Cancer Center say immunotherapy revs up the immune system so that it sees the cancer and gets rid of it. Dostarlimab is an antibody that targets a protein called programmed cell death 1, or PD-1 which exists on the surface of T-cells produced by the human body's immune system and helps the body recognise and destroy cancer cells. Cancer cells, in turn, can produce molecules that block PD-1 and evade detection by the immune system. Dostarlimab works by preventing this evasion, allowing the immune system to detect and kill cancer cells. On completion of treatment and six months of follow up, not a single patient was detected with cancer cells or significant side effects.

Mitesh Patel, senior research technician at MSK Cancer Center, works with leading oncologist Dr Luis Diaz Jr, who authored the study. Patel specialises in the study of cancer genomics and its applications towards developing early diagnosis and monitoring the disease by assessing DNA in tumour and liquid biopsies. Excerpts from an interview:

What is the most exciting part of the trial?

The most exciting part is the unprecedented response rate observed in the trial. Immunotherapy has been around for a while, and many cancer types have shown promising results, including lung cancer and melanoma. However, we have not seen such a dramatic response rate in cancer treatment. The standard of care treatment in locally advanced rectal cancer, such as chemotherapy, radiation, or surgery, may have resulted in higher grade toxicity, whereas we observed minimal toxicity with immunotherapy.

What led you to the trial with Dostarlimab?

Dostarlimab is a monoclonal antibody against PD-1 and belongs to a class of drugs called immune-checkpoint blockade. Usually, our immune system should be able to recognise and kill the cancer cells if they look foreign enough to immune cells. However, cancer cells overexpress the protein called PD-L1 to escape the immune system. Anti-PD-1 antibodies help T cells to release the breaks (figuratively speaking) and efficiently detect and kill the cancer cells. Others published promising results of immune checkpoint blockades in cancer types, including metastatic colorectal cancer. However, this is the first study where immunotherapy was given as frontline treatment for locally advanced rectal cancer.

Immunotherapy has been going on for quite a while and has shown impressive results. What was that one point of difference that led to success in complete remission in your trials?

It is a crucial question; what makes the tumours in this study special to be able to respond to immunotherapy and go into complete remission. Careful and thorough molecular profiling would help us answer that question in the future. There might be other tumour-intrinsic factors as well. One explanation is that the microbiome may have played a significant role. Gastrointestinal tract tumours have been shown to benefit from a particular type of gut bacteria by augmenting immune checkpoint blockade treatment.

So, at least in the case of rectal cancer, dostarlimab is the magical drug we have been pining for?

Our trial enrolled rectal cancer patients with a genetic defect called mismatch repair deficiency. About 5 per cent of rectal cancer patients have this defect. The patient with this defect loses one or more proteins crucial for repairing the DNA defects. As a result, after checkpoint blockade treatment such as dostarlimab, our body's immune system can recognise the tumour as foreign and be able to destroy them. So, it may be inaccurate to say it is a magic bullet for all rectal cancer.

What will the next phase of trial look like? How positive are you about the success of dostarlimab in new trials?

Although the study results were outstanding and they presented compelling evidence, we must recognise the small number of patients in the trial. Longer follow up of these patients would also be required to assess the response duration conclusively. However, we are hopeful that these results will change how locally advanced rectal cancer with mismatch repair deficiency is currently treated.

What is the patient profile you will consider in the next phases of the trial?

As I mentioned, this is an exciting study. However, we have to exercise some caution and not generalise and assume that it will be a magic bullet to cure cancer. Our team and collaborators are dedicated to investigating molecular profiles that made these tumours highly susceptible to the treatment. Meanwhile, we are focused on accruing target enrolment for the trial and having a longer follow-up to ensure the durability of the response.

Have there been instances when cancer recurred even after long gaps?

I am not a clinician, so I cannot speak from firsthand experience. Sometimes completely remitted tumour comes back in weeks, months, or even years after treatment. The recurrence rate can be varied based on various factors such as cancer type, stage, treatment, genetic factors. For example, for colorectal cancer, roughly 15 per cent of cancers come back after curative surgery, whereas almost 90 per cent glioblastoma reoccurs after treatment.

What is the cost of dostarlimab? How many doses are required?

I can only speak of the dosing schedule in our trial. We administered the dostarlimab every three weeks for six months.

Why is immunotherapy not working as effectively for other cancers?

Scientists at MSK, and across the globe, are investigating the biology behind the different response rates in various cancer types. Studies have shown the benefit of immunotherapy in cancers with a higher mutation burden. There are molecular mechanisms that we do not yet understand. The interaction between the immune system and cancer cells is so dynamic, multifaceted, and complex that it is naive to think one treatment would show similar results across all other cancers. Immunotherapy is one of the essential treatment modalities of precision medicine where clinicians are looking beyond the “one-size-fit-all” approach of conventional chemotherapy. There are fascinating studies taking place investigating combination treatments, such as combining multiple immune checkpoint blockade agents or combining with chemotherapy.