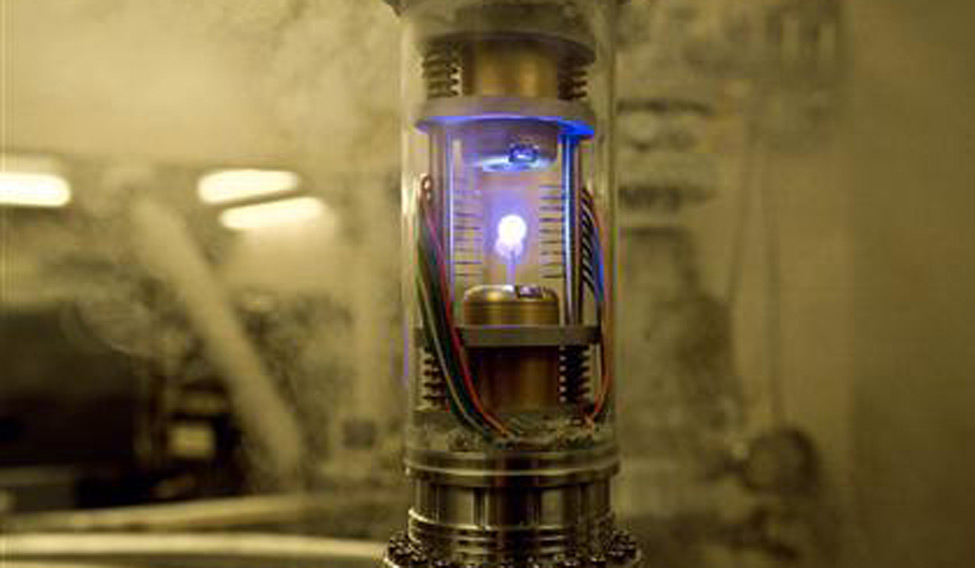 The antimatter of hydrogen has left behind a beautiful spectral signature in an exacting experiment at the Geneva-based fundamental research institute CERN. A release from CERN says the ALPHA experiment at its antiproton decelerator has reported the first observation of the hyperfine structure of antihydrogen, the antimatter counterpart of hydrogen. “These findings point the way to ever more detailed analyses of the structure of antihydrogen and could help understand any differences between matter and antimatter,'' says CERN.

The study has been published in Nature, a premier peer review magazine for science.

Antimatter is a concept in particle physics. It is a material which has the same mass as particles of ordinary matter but the opposite charge. When matter and its antimatter collide, they release a phenomenal amount of energy and they annihilate each other. The research comprised doing spectroscopy measurements on what CERN calls “homemade hydrogen atoms” which drive transitions between different energy states of the anti-atoms and were successful in getting two spectral lines of antihydrogen which were of better resolution than previous experiments. Spectroscopy is the study of the interaction between matter and electromagnetic radiation. It is used to probe the internal structure of atoms by studying their interaction with electromagnetic radiation.

The ALPHA experiment is an international collaboration at CERN working with trapped antihydrogen atoms, the antimatter counterpart of the simplest atom, hydrogen. The latest breakthrough is the first observation in the spectral line of antihydrogen.

In 2012, the ALPHA experiment demonstrated for the first time, the technical ability to measure the internal structure of atoms of antimatter. In 2016, the team reported the first observation of an optical transition of antihydrogen. By exposing antihydrogen atoms to microwaves at a precise frequency, they have now induced hyperfine transitions and refined their measurements. The team were able to measure two spectral lines for antihydrogen, and observe no difference compared to the equivalent spectral lines for hydrogen, within experimental limits.

“We are now entering a new era as we extend spectroscopy to antimatter,” said Jeffrey Hangst, spokesperson for the ALPHA experiment. “With our unique techniques, we are now able to observe the detailed structure of antimatter atoms in hours rather than weeks, something we could not even imagine a few years ago.”

With their trapping techniques, ALPHA is now able to trap a significant number of antiatoms – up to 74 at a time – thereby facilitating precision measurements. The present result, says CERN, is the outcome of years of work in developing techniques to manipulate super cold antiprotons and positrons, create trapped antihydrogen and detect the very few atoms that are available to the experiment.

While this is all fundamental work, the results are important as they will provide a better understanding of the universe. It will help understand why the universe is made almost entirely of matter, even though matter and antimatter should have been produced in equal quantities in the Big Bang.

While antimatter is very frequently encountered in science fiction, it has applications in regular life too. The Positron Emission Tomography (PET) is a diagnostic machine that uses positrons to go into the body. Studying the manner in which the positron changes into energy inside a person's body can help diagnose whether there is something wrong with the person.

Your form could not be submitted.
This browser settings will not support to add bookmarks programmatically. Please press Ctrl+D or change settings to bookmark this page.
Topics : #Science