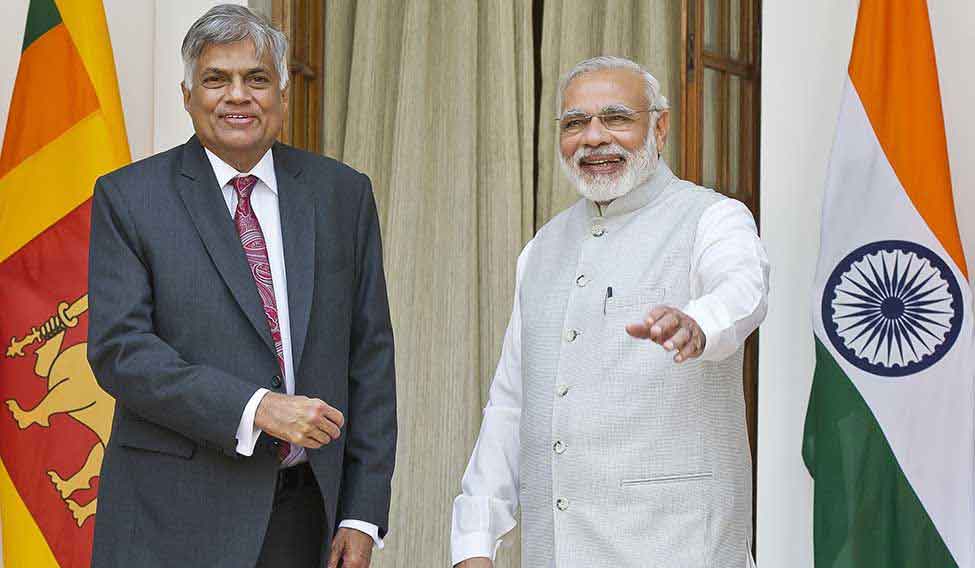 It was in keeping with tradition that Ranil Wickremesinghe came to New Delhi on his maiden foreign trip after taking over as prime minister of Sri Lanka. However, the visit might just be ushering in a new chapter in Indo-Lankan ties, given the unique nature of political coalitions in the island nation. The two main parties, rivals since 1956, are in coalition, said Wickremesinghe. The third largest party now leads the opposition, he added, explaining how the new environment meant there was greater people representation and that working towards “stronger and deeper relations with India was an all-party effort.”

Prime Minister Narendra Modi, expressing a similar sentiment, noted that Sri Lanka had voted twice this year for change, reform and reconciliation (the presidential and prime ministerial elections). There could be no stronger statement for Sri Lanka's democratic tradition, Modi said.

The two sides signed relatively low key MoUs regarding supplying medicines to a hospital in Sri Lanka, establishing an emergency ambulance there and renewing India's grant to small developmental projects. The most significant of them were on coordinating orbital frequency of the SAARC satellite.

But it is in the promise of bigger things to come that Wickremesinghe's trip assumes significance. He said they were looking at devolution of power to ethnic Tamils under provisions of the constitution, an issue India has been urging for since the Indo-Sri Lankan peace accord of 1987. We can look at the past, but now let us together look at the future, said Wickremesinghe, expressing hope that by next year the two sides would have signed agreements on boosting tourism, trade and commerce. “Economic cooperation is nothing new for us, it has gone on for 2,500 years,” he said, adding that incremental boost in trade with India was central to his government's goal of creating one million jobs in the next five years.

Modi sought support for Indian investors putting their money and business into the island nation's economy. He reaffirmed India's support in developing Lankan infrastructure, railways, roads and civil nuclear field. Observers feel at this stage the best infrastructural project is a bridge from Dhanushkodi to Talaimannar. “This will be the biggest boost to everything, from trade and commerce to tourism and inter-personal ties. The cost can be covered within two years from the users,” said Alok Bansal, director, India Foundation, and former member of the Institute for Defence Studies and Analyses.

“More than the presidential elections, the prime ministerial elections have brought about the beginnings of the change we desire in Sri Lanka. Unlike his predecessor, Wickremesinghe doesn't look much at China as he looks west, something that can only be good for India,” noted Bansal.

Modi and Wickremesinghe said the issue of fishermen conflicts would be left to the heads of the fishermen communities to resolve.