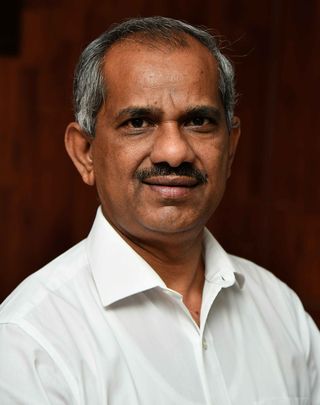 Q/ The oceans have become our new area of interest.

A/ We are already late. The government came up with a vision to explore both outer space and ocean depths in the 1980s. The space programme took off, somehow oceans went to the back burner.

Now, we have a thrust on developing a blue economy, which aims at increasing the country’s GDP by harnessing resources from the oceans in various ways. The Deep Ocean Mission is one programme. Sagarmala project (a shipping ministry initiative to interlink waterways and coasts) is another. Developing coastal tourism and offshore energy are other such initiatives.

Q/ What exactly is the Deep Ocean Mission about?

A/ The blue economy envisages harnessing ocean resources for economic growth. But we have to first understand them well, we also have to develop technology to harness the resources. The DOM comprises several projects under six main heads: Developing technologies for deep-sea mining and human submersibles; developing ocean climate change advisory services; developing technology for exploring and conserving deep-sea biodiversity; surveying and exploring the deep ocean for hydrothermal vents; extracting energy and freshwater from the ocean, and developing an advanced marine station for ocean biology.

All of these initiatives are aimed ultimately at using the potential of the oceans to boost our economic growth. Our two biggest technology projects are developing an integrated mining unit for deep ocean mining and a human submersible.

Q/ What is the main thrust of deep-sea explorations?

A/ The sea bed is a rich source of minerals. They are available as polymetallic nodules (PMN), or as deposits from hydrothermal vents. We already know the location of the nodules. We now need technology to mine them.

The International Seabed Authority (ISA) has granted India 10,000sqkm of seabed in the Central Indian Ocean, east of Madagascar, to look for these vents. We can identify the general region of a vent through tracers, testing for parameters like changes in water quality. But pinpointing one is very difficult as they are only a few metres big.

The main objective of the human submersible will be to search for these vents. However, the first manned voyage, targeted for 2024, will not be an exploratory mission, it will only be a technology demonstration, to prove we can take a crewed voyage to a depth of 6,000m.

Q/ These explorations are all far away from India’s exclusive economic zone. What about research closer to the coastline?

A/ There are two factors here. The resources—PMN and hydrothermal vents—are available only in the deep ocean. That is why we have loaned the seabed from ISA for our research and technology development.

On the other hand, we are also in the process of extending our EEZ. Under international law, the EEZ of a country extends to 200 nautical miles from the coast. However, there are provisions for extending the EEZ of the seabed to a maximum of 350 nautical miles. For this, a country has to prove through scientific documentation that the sediments on the seabed have come from its territory. If a country can prove that at least 1km depth of sediments on the seabed came from its land, the ISA grants that country the ocean resources for the additional area. On the west coast of India, this means an additional 0.6 million sqkm. We have submitted our application to the ISA and are hopeful of being granted the additional area. It is a long process. The claim also needs a go-ahead from neighbouring countries. Pakistan was granted additional seabed some years ago, we did not object to that.

On the eastern flank, there are many countries which are stakeholders—Myanmar, Bangladesh, and Sri Lanka. We first need to resolve issues among ourselves before we stake a claim. That process is on.