Wilson was also known for his work in global conservation 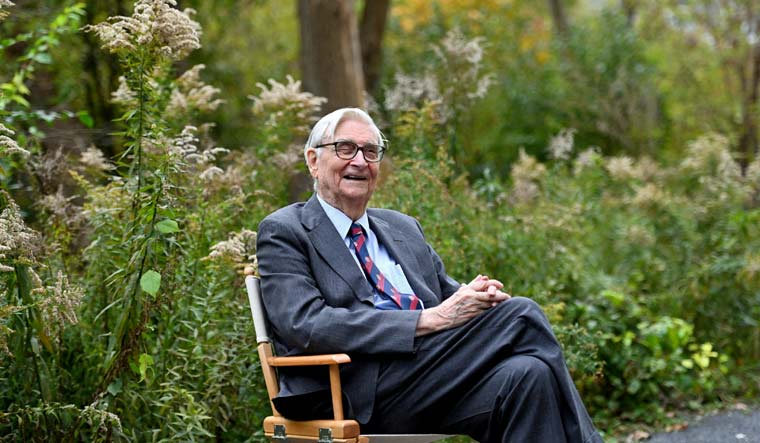 Harvard biologist Edward O. Wilson, nicknamed 'Darwin's natural heir', died in Massachusetts on Sunday at age 92. Two of Wilson's books have won the Pulitzer Prize for non-fiction: On Human Nature and The Ants. Known for his work on the behaviour of insects and ants, he was dubbed 'ant man'.


Wilson mapped ant colonies and proved that they communicated using pheromones. He also extensively studied the social behaviour of birds, mammals and humans and established a new branch of science: sociobiology. He argued that human behaviour was influenced by genetics, contradicting the prevalent view that environmental and cultural factors affected human behaviour.

“Ed's holy grail was the sheer delight of the pursuit of knowledge," said Paula Ehrlich, president of the E.O. Wilson Biodiversity Foundation and co-founder of the Half-Earth Project.
Ehrlich said Wilson was "A relentless synthesizer of ideas, his courageous scientific focus and poetic voice transformed our way of understanding ourselves and our planet."

An Alabama native, Wilson had been a long-time Harvard research professor. He graduated from the University of Alabama in 1949 and received his PhD in biology from Harvard in 1955. He became an assistant professor at Harvard in 1956.


Wilson was also known for his work in global conservation.