3036 suicides in three years in Telangana 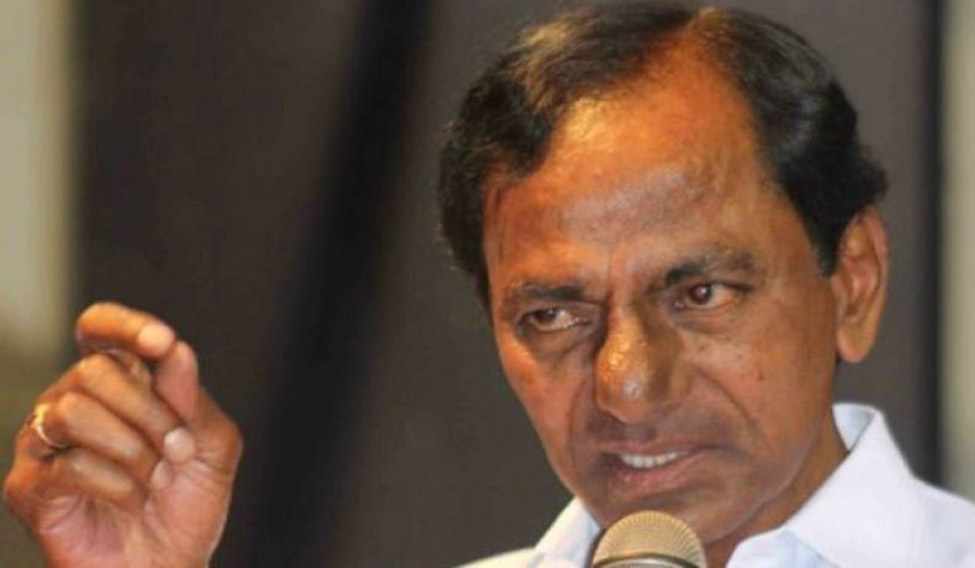 Suicides have a way of conveying misery. Especially farmers' suicides, which by and large are committed because of penury, caused by various reasons. In India, suicides by farmers have become so common, state governments have become stoic about them. In Telangana, the government is ruthless.

The Telangana government and its chief minister K. Chandrasekhar Rao who continues to make many promises to all and sundry, has not commiserated with the families of the farmers who committed suicides or even acknowledged it in the passing.

According to Beeram Ramulu, state vice president of Rythu Swarajya Vedika, an NGO working amidst farmers, there have been suicides galore since the Telangana Rashtra Samithi has took over the 29th state since 2014. "There have been a total of 3036 suicides in the past three years amongst farmers. The state government insists that all of them are not farmer suicides, but we know different," he says. The government therefore has compensated only close to 700 farmers' families. In 2014, there were 792 suicides, in 2015 there 1147 suicides, in 2016 there were 784 suicides and in 2017 between January and June there have been 294 suicides.

"They have not even acknowledged that there is a problem," says Ramudu, "because this government believes if you ignore the problem it might go away." Having said that, it is thanks to the advice to the farmers from a stage at a public meeting by none other than the chief minister KCR that the farmers went whole hog and sowed pigeon pea (tur dal) and chillies. Prices for both crashed miserably, because of the glut in the market.

In just Jayashankar Bhoopalpali district (part of erstwhile Warangal district), there have been close to 128 suicides by farmers, of which 35 per cent of them belong to scheduled tribe community.

Khammam and Bhadradri Kothagudem, (erstwhile Khammam district), the two districts have had more than 150 suicides in the last three years, with 76 suicides in Khammam and 77 suicides in Bhadradri Kothagudem. And at a time when the Telangana government is boasting of bountiful crops due to abundant rainfall, an astonishing number of 22 farmers committed suicide in Khammam and Bhadadri Kothagudem districts in just three months. All of them were small and marginal farmers.
The story is most familiar. Most often than not many farmers who have small land holdings cannot get bank loans, leaving them at the mercy of private money lenders, who readily give the money at a higher interest rate. But it is not enough just to get money, for farming is entirely dependent on monsoon and if that fails all his efforts go to nought.

While that may be the main reason for crop loss, the other is the lack of education and information. In 2015, the Telangana government, which was plagued with farmer suicides, had started a toll-free 24x7 suicide prevention cell, to help farmers in distress. "The helplines worked properly only for one or two months, and then went defunct. That may have helped farmers to a certain extent. Additionally, while the Telangana government has issued orders to waive loans, it often does not reach marginal farmers," Kondal says, also working for RSV.

In fact, RSV feels that the solution would be that the state should actively pursue the cases of tenant farmers, which would reduce the number of farmers using suicide as the only route out of their problems. Neither do these farmers get loans, nor are they included in any government list. Apart from the fact that they are not eligible for any compensation, they are also left in the lurch more often than not.

According to data, there are nearly 14 lakh tenant farmers out of the total 56 lakh cultivators in the state. An act was passed in the erstwhile Andhra Pradesh assembly in 2011 which assured the tenant farmers access to 0% interest crop loans from banks, crop insurance and several other agricultural subsidies. Despite this, most tenant farmers in the state are yet to receive their Loan Eligibility Cards (LEC).

"The numbers are huge because of the involvement of the tribal farmers," says Ramulu. Normally tribals only work on small patches of lands but this year many of them took land on lease, especially in Jayashankar bhoopalpalli, Khammam and Bhadradri Kothagudem. And since they did not get bank loans, they went to private money lenders, adding to their misery of unable to repay the loan, rising costs and decreasing returns on the crops.

While cotton was the main crop in this region, the farmers switched to chilli since it fetched them good price, compared to cotton prices which had crashed. The chilli prices were so good, that all farmers shifted their crops hoping to cash in on the good rates, many of them also leasing lands for the same. As luck would have it, there was a very good crop of chillies, but glut also does not help, because the middlemen who work in the market yards fixed prices which fell from Rs. 14,000 per quintal to Rs. 4,000 per quintal, leading to all kinds of problems for almost a month in Khammam. Chilli output had risen by nearly 14% this year, but a lack of demand sent prices crashing. The farmers had demanded a Minimum Support Price (MSP) of Rs 10,000 per quintal, but prices had dropped to Rs 3,000 per quintal, which angered them.The CM did not talk about it and neither did he visit the place. In fact the distressed chilli farmers were setting fire to their produce in the neighbouring districts, even as the CM was celebrating the Foundation Day of Telangana.

All this makes one wonder about the seriousness and honesty about the claim of the Telangana chief minister and other leaders of the TRS government which talks about total commitment to the welfare of the farmers. "The first job of the government would be to acknowledge that there is a problem in the agrarian sector and second would be for the government to go to the grass root level and find out how they can solve the problems of these farmers," says Naveen Ramisetty of RSV.

Your form could not be submitted.
This browser settings will not support to add bookmarks programmatically. Please press Ctrl+D or change settings to bookmark this page.
Topics : #Telangana