Three days after Trump signed the controversial executive order banning people from seven majority-Muslim countries from entering the US, Pakistan swung into action and placed dreaded terrorist Hafiz Saeed and four other leaders of the Jamaat-ud-Dawa (JuD) and the Falah-e-Insaniat (FeI) under house arrest. There were genuine apprehensions in Pakistan that the new administration in the US would not be as kind as the earlier ones and Pakistan could well be the eighth country on the ‘Muslim immigration ban list’.

The other reason for the abrupt house arrest was also the meeting of the financial action task force (FATF), which earlier in October 2016 had held Pakistan accountable for serious deviations from the laid-down international standards on preventing terror financing and money-laundering. In the recently concluded meeting of the FATF in Paris, Pakistan has been asked to demonstrate permanent credible action against the JuD, the FeI and their affiliates. Our western neighbour has finally begun to feel the heat for allowing the growth of terrorist infrastructure on its soil and brazenly employing terrorism as an instrument of state policy.

In a bid to fool the world, Pakistan has once again demonstrated its mastery over guile and deception by enacting the Hafiz drama well. To add credibility to its actions, tutored statements have been made by the Pakistani defence minister regarding Hafiz Saeed posing serious threat to Pakistan. Army chief Gen Qamar Javed Bajwa, too, has tactfully announced his intent to go after the Punjabi terrorist outfits. Moreover, as part of window-dressing, Pakistani government has placed the JuD supremo on the exit control list and schedule IV of the anti terrorist act besides revoking his weapons’ licences.

The widespread scepticism on Pakistan’s sincerity to target Hafiz Saeed is due to its shameful past record. On five earlier occasions, after being placed under house arrest for heinous crimes, he has been let off by the corrupt and subverted Pakistani judiciary. 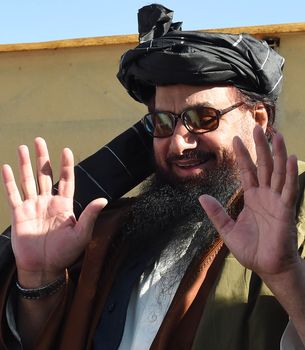 Hafiz Saeed is both admired and hated in Pakistan. Those in the grip of Kashmir obsession eulogise him; however, those seeking better relations with India, an emerging economic power, despise him. He has been nurtured by the Pakistan army and the ISI as a strategic asset for waging proxy war in Jammu & Kashmir and carrying out trans-border terrorist attacks in India. Till Pakistan reconciles to the cold hard fact that Kashmir rightfully belongs to India and that neither a conventional nor any asymmetric force can ever make it theirs, Hafiz Saeed will continue to enjoy a special status and receive Pakistani establishment’s unflinching patronage.

Over the years, the JuD and the FeI have also earned a great degree of acceptability in the downtrodden segments of the population in Punjab province through their charitable activities. Moreover, opportunities provided by political dysfunction and inept governance have been exploited by the jihadi outfits to fill the political, social and economic spaces in southern Punjab—the province’s least developed region. Most of the provincial political leaders remain indebted to the jihadists for the support they provide during the electoral campaigns.

Some south Asia experts have opined that General Bajwa means business and will genuinely take on the JuD, the FeI and their affiliates. While respecting their views, one is of the belief that at this juncture, Pakistani security establishment, with its ongoing operations against Tehrik-i-Taliban Pakistan, cannot afford to open another front. If at all the army does decide to go after the Punjabi terrorist outfits, it will do so against the fringe elements. As per the interior minister’s statement of 2015, there are over 95 proscribed organisations actively engaged in terrorist and extremist activities in the Punjab province.

Given the past devious record of Pakistan, it may be premature to read too much into Hafiz Saeed’s house arrest. Prudence suggests that we wait and watch.