Hit where it hurts 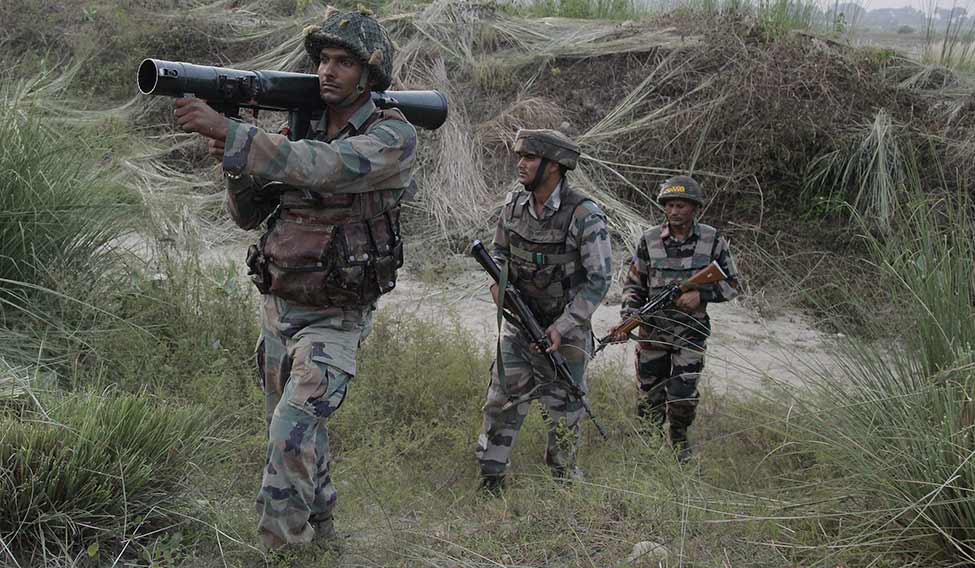 The beheading of our soldiers by a Pakistani Border Action Team comprising commandos from the Special Service Group and India-centric terrorist groups on May 1 has once again whipped up national ire. Despite the assurance from the defence minister on the ‘sacrifice not going in vain’ and the Army’s pledge on an ‘appropriate action’ at an opportune moment, the call for a decisive punitive action against Pakistan has been getting louder. The Uri incident of September 18 last year had breached the government’s threshold of tolerance, resulting in the launching of politically backed trans-Line of Control surgical strikes. This time around, an outraged nation is expecting something far more meaningful to teach Pakistan a lesson.

While the Army had declared an appropriate retributive action, the political endorsement by the defence minister has certainly enhanced its scope in term of ‘ends, ways and means’. The retribution could now take place anywhere on targets even beyond the tactical depth of 20 to 30 kilometres. While comprehensive plans exist for all possible options, the selection of the targets would finally be contingent on the political will and the political end state being sought through the use of force. Since the surgical strikes post the Uri attack carried a strategic message of our transformed decisive and aggressive intent, it would be logical to assume that the impending punitive actions would certainly be far more ferocious and decisive. However, it needs to be noted that, like last year’s surgical strikes, punitive actions in isolation will only help placate public sentiments. They will fail to coerce the Pakistan army and its Punjabi terrorist groups to stop bleeding India.

Force, when used in conventional warfare, is always targeted towards a centre of gravity of the enemy, which provides its military the ‘strength, freedom of manoeuvre and will to fight’. Generally, the centre of gravity in conventional warfare is either the strategic military leadership of the adversary, an elite component of his military force or a geographical feature on its soil. However, in asymmetric warfare, which is being waged by Pakistan through its Punjabi terrorist groups against India, the population emerges as the centre of gravity. It is the population of Punjab province in Pakistan that is willingly supplying recruits and supporting the cause of various terrorist outfits with local, regional and transnational links.

The politico-military-terrorist nexus has emboldened the people to openly support these bloodthirsty monsters. In an environment where the terrorists are intermingled with the population, conventional force is likely to cause an avoidable collateral damage. Therefore, in such an environment, asymmetric means that have the associated ‘deniability’, along with necessary conventional force backup, provide a far better option than an option that is entirely based on conventional strikes. Such strikes, in the absence of a comprehensive strategy and asymmetric capability, only help unite the terrorist outfits and the people.

Along with our retributive operations, we should inflict agonising pain on Pakistan as part of a comprehensive strategy that employs all elements of national power and, in the long run, compels it to stop exporting terror to India. It will have to be an enduring initiative as coercing Pakistan would ipso facto entail coercing its army to elicit accountability from its senior leadership. The strategy, besides administering protracted pain on the Pakistan army, should also be accompanied by an imaginatively chalked out public information and perception management campaign that exposes its misdeeds and unethical conduct. Some other prongs of this strategy would entail the diplomatic isolation of Pakistan, employing economic pressure points to hurt its economy and increasing the Pakistan army’s internal security commitments by surreptitiously exploiting fissures and prevalent fault lines in Baluchistan, Khyber Pakhtunkhwa and Sind.

While the attrition on the Pakistan army and terrorists along the LoC is an ongoing process, we need to now commence bleeding the Pakistan army and its strategic assets in its bases and cantonments by a thousand cuts, employing its own people. Given the poverty-stricken conditions in various parts of Pakistan, an asymmetric capability can easily be created from the disaffected sections of the population through monetary inducements. Because of the inherent drawbacks, we should desist from creating an indigenous asymmetric capability for operations in Pakistan. Today, the Pakistan army, with its ongoing operations against Tehrik-i-Taliban Pakistan and other commitments along the western borders, is vulnerable in its cantonments and during move along various highways. We need to exploit this.

Since independence, the Pakistan army has thrived on adversarial relations between India and Pakistan. Over the years, it has mastered the art of controlling the state and steering all its key domestic and foreign policies. It has blatantly undermined the four pillars of democracy and even usurped the prime minister’s powers, thus making him a mere titular head. Bypassing other governmental institutions, it has also forged close relations with the military and political leadership of China and the US by remaining relevant to their regional aspirations. While the US requires the Pakistan army’s support in realising its Afghanistan mission, China needs its support for the security of China-Pakistan Economic Corridor and to deal the Uyghur terrorism in its Xinjiang region. It suits these two international players to deal with Pakistani military establishment to further their agendas instead of dealing with the toothless political leadership. Our strategy and risk management architecture will have to take these relationships into account.

There is a need to develop a state-of-the-art defensive and offensive capability that facilitates immediate launching of punitive strikes, well beyond the tactical depth, as per the ‘Israeli model’. While, by and large, we possess the necessary offensive capability, we need to strengthen our all-weather defensive capability to detect and destroy infiltrating terrorists and Pakistan army personnel. Additionally, to prevent casualties on our people in the border areas, we need to harden our civilian infrastructure to withstand counter-fire assaults. This vulnerability has been aptly highlighted in the past few years, especially along the international border in the Jammu division.

To thwart Pakistan’s gameplan in Jammu and Kashmir, our counterinsurgency and counter-proxy war operations must continue with the people friendly stance. Most importantly, the fear of the terrorist gun must be removed at the earliest by augmenting force levels and synergising the intelligence and operational efforts. It will drastically reduce the ‘intimidation potential’ of the terrorists that is instrumental in goading innocent youth to undermine the rule of law and challenge the state authority. This has to be accompanied by effective monitoring of the cyber space as well. Also, job opportunities for the unemployed youth should be created with dispatch, and Kashmiris in other parts of our country must be given desired security.

The population constitutes the centre of gravity and its support is necessary for checkmating terrorist designs and for realising our operational objectives and peace initiatives. The need for an effective public information and perception management apparatus also requires immediate attention of the government. This will facilitate putting across various initiatives of the government in the right perspective to the people, besides countering the wedge-driving and panic rumours that are fuelling emotive fires and enhancing radicalisation.

The government will have to weigh the strategic pros and cons before unfolding the comprehensive strategy so that risks at each stage of its implementation are effectively managed. Moreover, the nation has to understand that being a war of minds and ideas, it will be a long haul. While short-term objectives of causing attrition on the Pakistan army and terrorists would be visible and adequately disseminated through the media, the ultimate end state of coercing Pakistan to desist from exporting terrorism to India would take time. For effective implementation of the strategy, it is imperative that we create a dedicated multi-agency centre, preferably at the PMO.

Your form could not be submitted.
This browser settings will not support to add bookmarks programmatically. Please press Ctrl+D or change settings to bookmark this page.
Topics : #Man behind border beheading | #Pakistan