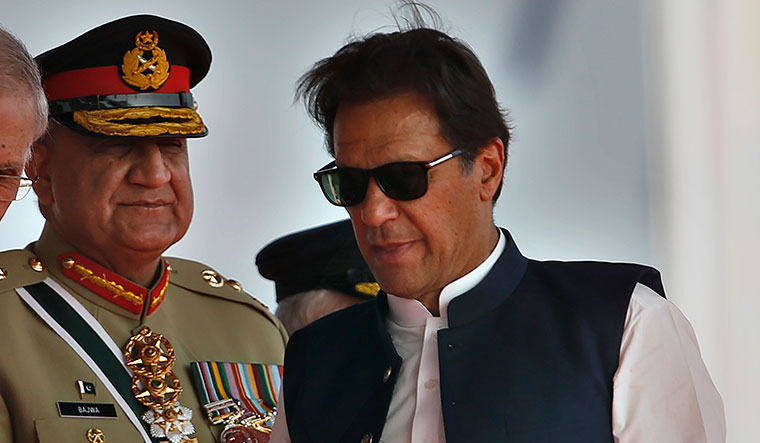 Terrorists are planning to assassinate Pakistan's former prime minister Imran Khan and they have sought assistance from an assassin in Afghanistan to target him, the Counter-Terrorism Department's (CTD) Khyber Pakhtunkhwa wing has warned, according to a media report on Tuesday.

The CTD has directed all concerned agencies to take all possible measures for the security of the former prime minister and Pakistan Tehreek-e-Insaaf (PTI) Chairman in the wake of the threat alert, Urdu language newspaper 'Jang' reported.

It said that the threat alert issued by CTD's Khyber Pakhtunkhwa wing stated that "terrorists are planning to assassinate Imran Khan, for which they have sought assistance from an assassin in Afghanistan".

The paper said that the text of the threat alert has been shared with various forums, according to which an Afghan assassin has been given the responsibility to target Khan.

Citing a senior police official, the paper said that the CTD issued the alert on June 18. However, there were orders to keep the threat a secret and prevent it from being leaked on social media, he said.

PTI leaders have recently expressed concerns about the threat to Khan's life and have claimed that a target killer has been hired to assassinate him.

On Saturday, PTI leader Fayyaz Chohan said that some people have tasked a terrorist with assassinating Khan.

"I have details that some people have ordered a terrorist named 'Cochi' in Afghanistan to assassinate PTI Chairman Imran Khan, the former provincial minister said in a tweet.

Khan, who was ousted from power in April through a no-trust vote, has been claiming that the no-trust motion against him was the result of a foreign conspiracy because his independent foreign policy and funds were being channelled from abroad to oust him from power. He has named the US as the country behind the conspiracy, a charge denied by Washington.

Last month, Khan claimed that there was a threat to his life, following which he recorded a video of the characters behind the "conspiracy" against his government, and if something happens to him, it will be released.

Prime Minister Shehbaz Sharif had directed the Interior Ministry last month to provide foolproof security to Khan at his home in Islamabad and during political rallies.

Former prime minister Benazir Bhutto was assassinated in December 2007 in a gun and grenade attack while campaigning for upcoming parliamentary elections in Rawalpindi.